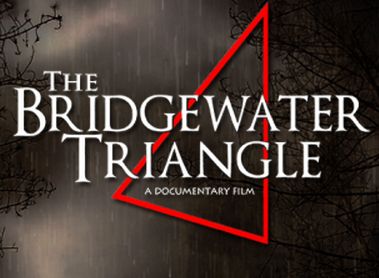 The Bridgewater Triangle. For many long years, it has been an area of massacres, wars, murders and other events too evil to even mention. There are secret places where people have been tortured. There are spots where suicides have occurred, where UFOs have been sighted, where strange and unnatural creatures have been spotted, and where satanists have performed surreal animal-sacrifice rituals.

Now, there is a documentary that documents nearly every major legend and story that has allegedly occurred in and around the area. That documentary is aptly named “The Bridgewater Triangle” and it is a 90-minute film that’ll serve as an important source of information for generations of researchers to come. I had the luck to attend the Coast City Comicon in South Portland, ME on November 9th, 2013 – and to my surprise, there was a full screening of the film listed on the schedule. Naturally – I attended.

The following is my critique of the film. This contains reflections on how the different elements of the legends were handled, which stories were covered, and how the information was presented. This comes from the perspective of an open-minded skeptic, who has had an interest in the events in this area of Massachusetts for the last five years.

If you have an interest in the paranormal, and whether or not you’ve heard of the Bridgewater Triangle in Massachusetts, you would be well served to read through this review before sitting down and watching the film yourself.


The Bridgewater Triangle – A Review

About a year ago, I visited the Cryptozoology Museum of Portland, and wrote a review of the museum as well as my take on the owner and cryptozoologist expert that owns it, Loren Coleman. Also in 2012, I defended Loren Coleman against the attacks of some well-meaning but poorly informed skeptics.

I mention Loren, because at the heart of the documentary – in fact its very inspiration – comes from the 1983 book written by Loren Coleman titled “Mysterious America”. The book is actually where Loren Coleman described the area in Southeastern Massachusetts that had so many examples of paranormal events, and he coined the term “The Bridgewater Triangle”.

Well, in all honesty, the residents actually dubbed it as such, as Loren admitted in the book himself.

“Because of its long history of evil, dedeviled, and ominous occurrences, residents have recognized this area of the state for its strange and often sinister character and have, over the years, dubbed it ‘The Bridgewater Triangle.'”

However, setting aside semantics, Loren documented events around that specific area extremely well in his book, and this documentary expounds upon many of his investigations (and more). 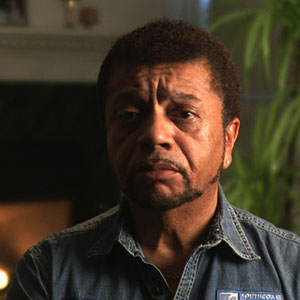 I believe in starting with a review of the positive aspects of the documentary, which is especially easy in this case because there were plenty. In particular was the choice of witnesses and experts to interview.

My particular favorite interviewee – and the one that I believe offered the most credibility and “meat” to the film – was that of Alan Alves, a retired Freetown Police Lieutenant Detective, who spent probably more time than anyone else interviewed in this particular area. He spent a great deal of his career investigating satanic cult crimes inside of the Freetown State Forest area.

His no-nonsense, matter-of-fact presentation of his experiences, the evidence that he collected and analyzed, and the impact that his experiences had on his opinion of the area in general – was more than enough to convince any skeptic that there were certainly some very terrible things that have occurred inside of the forest.

Another extremely solid interviewee in the film is Chris Pittman. His solidly scientific stance in his investigations, and his level-headed analysis of the various phenomenon under discussion, leaves the viewer with a strong understanding that the strange events described by witnesses and studied by researchers like Chris are not merely that of wild imagination or misunderstood natural phenomenon.

Many of the researchers interviewed in the film provided a final summary of what they believed could most likely be behind the paranormal phenomenon there – with the general consensus being that it is somehow related to the negative events that occurred during colonial times, and the massacres of both colonists and natives that took place in the area. One researcher, Tim Weisberg, went so far as to suggest that something about this region of the Earth itself might possibly be responsible for the terrible events that occurred in this region, including those massacres. 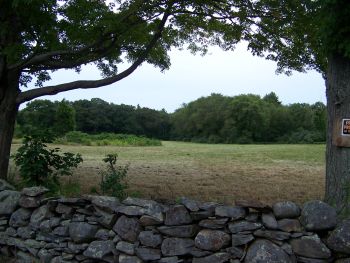 Of course, every critique needs constructive criticisms, right? The first is the length and organization of the film. A feature film needs to be carefully organized in a way that draws viewers smoothly through the story – with the message flowing from one story and transitioning well into the next.

Instead, this documentary transitions from one group of stories to another rapidly. For example, in one section of the film is a fascinating account of a man walking his dog and witnessing a small ape-like creature standing under a street lamp at night and attempting to communicate with him through some unusual English dialect. It was clearly an event that shocked the man, and something that he had thought about for many years before deciding to finally come forward with his story for this documentary.

However, after that enthralling story, the documentary quickly transitions to other areas and jumps to satanic rituals with animals and various grave thefts, bigfoot sightings, UFO sightings, phantom fires, exotic creature sightings, the road-rage trucker, the phantom hitch-hiker and even EVP recordings….mostly stories that I remembered reading about during my own research into the Bridgewater area in 2010.

All were fascinating topics to me, but I could tell it was information overload for some folks in the audience – and the lack of a smooth storyline from start to finish makes it less of a “film” and more of a good resource documentary for future researchers.

The EVP evidence and witness accounts were weak and easily explainable, and the red-headed hitchhiker segment added an element of satire that was out of place in such a serious, credible documentary. Much could be removed from the film – with greater focus on creature sightings, UFOs/orb sightings and the more credible evidence – and it would do the film a great service.

I visited the Bridgewater area during a trip to research the history of Plymouth as well as the Bridgewater Triangle. Having grown up in Northern Maine, where you can walk for 200 miles in the forest without seeing a single soul, I was disappointed by the significant urban sprawl surrounding all of these areas. I will be writing up another post about that visit to Bridgewater in an upcoming post, but I do want to close this review on a positive note.

Aaron Cadieux, Manny Famolare, Johnny DeSousa, John Horrigan and Brian Bicknell did an excellent job on this documentary – no question about it. For die-hard enthusiasts like myself, it is a film that’ll keep you interested and nodding as you recognize some legend or another that you’ve heard at some point. Or, you will find yourself with your mouth open in awe when you hear a new story, or when you listen to the terrible tales from witnesses like Alan Alves. Even my wife – who has little interest in the paranormal – was enthralled with Alan’s stories.

While it may not keep the interest of someone that’s new to this topic for the full 90 or so minutes, it at the very least does the field of paranormal investigations a great service in two important ways. It maintains a very scientific, evidence-based approach, which is extremely refreshing in this field. And secondly, it brings credibility back to an area of research that has far too long been overwhelmed with shoddy legend-hunting and poorly-executed “scientific investigations”. 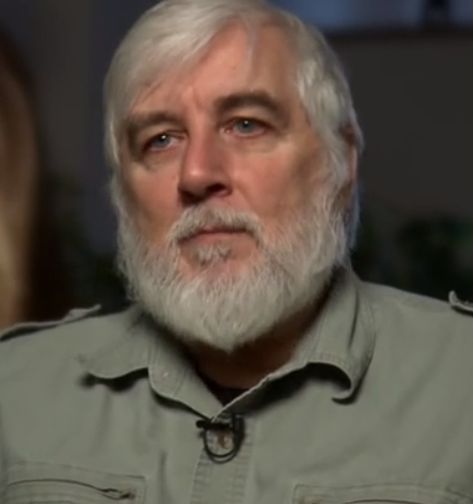 This was a point proven for me, at the end of the film during the Q&A session, when I asked Loren Coleman if he could – like other researchers in the film – provide his own final analysis of what might be causing all of these paranormal events to occur in this area.

Instead of theorizing about what might be causing these events, he proposed that it may be something that humans are not yet capable of understanding. It was an answer indicative of an open-minded approach, but it was also a safe answer. As a scientist, I’m fairly certain Loren carries one or two theories of his own, but on this night as he did throughout the film, he held those cards close to his chest.

In summary – this film challenges the viewer to reconsider what we know about the earth, and about the memories impressed upon the land by human history. I highly recommend that if you are in an area where the film is being screened, to check it out. And if it ever comes out on DVD – buy it. At the very least if you’re new to the topic, it’ll save you many years of hard research, and it’ll provide you with 90 minutes of fascinating regional history with a few spooky stories thrown in.