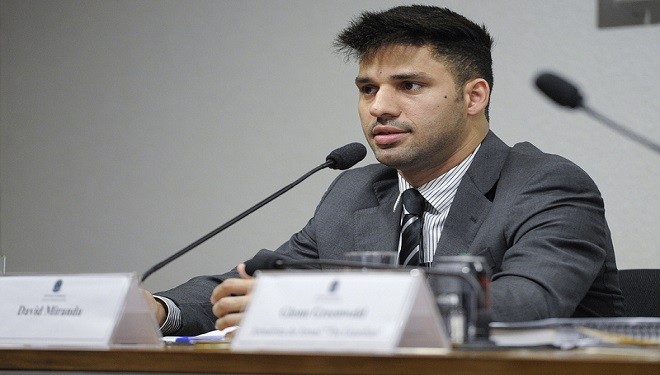 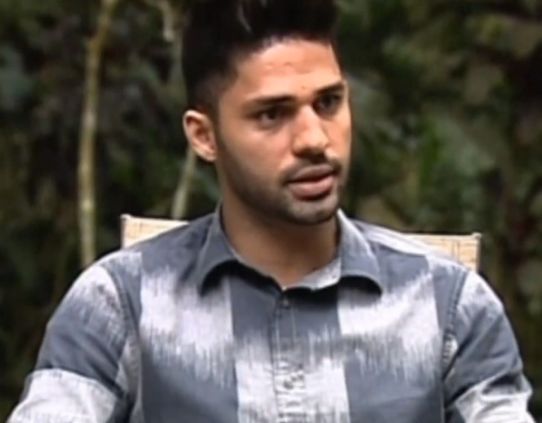 In one of the most recent government attacks against press freedoms, British officials detailed a partner of journalist Glenn Greenwald for “terrorism” and “espionage”. David Miranda, Greenwald’s domestic partner, was traveling from Berlin to Rio De Janeiro, Brazil, when he was detailed and questioned during a layover in Heathrow.

British authorities at Heathrow questioned Miranda for about nine hours, before allowing him to continue on to Rio De Janeiro. However, they also confiscated the documents that he was carrying with him. Upon arriving in Brazil, Miranda immediately filed a legal action against the British government for the illegal detention, and demanded the return of the seized materials.

According to British authorities, the materials seized from Miranda included electronic copies of an astonishing 58,000 documents from the U.S. National Security Agency, as well as the British Government Communications Headquarters. Miranda was apparently carrying the documents after obtaining them from Edward Snowden, with the intent to deliver them to his partner Glenn Greenwald for eventual release to the public.

Glenn Greenwald has openly condemned the actions of UK officials, specifically in labeling Miranda’s actions as “terrorism”, when it was in fact the carrying out of journalism.

The Edward Snowden releases have created political turmoil and drama around the world ever since Snowden began releasing information to the public about the NSA spying on American citizens, and the NSA’s actions in spying on foreign leaders and diplomats.

The leaking of documents and information has always been an element of journalism. However, the labeling of Miranda as a “terrorist” for delivering such information to a journalist turns a new page in how governments deal with journalists writing about national secrets.

Greenwald told Reuters that he was disappointed in the UK government’s stance on journalistic freedoms.

“For all the lecturing it doles out to the world about press freedoms, the UK offers virtually none…They are absolutely and explicitly equating terrorism with journalism.” (1)

Documents from the MI5 – the UK Security Service – read into the court record reveal that the intelligence organization had issued a “National Security Justification” to police, revealing that they somehow knew he would be carrying the documents before he ever embarked on his trip from Berlin to Brazil.

“We strongly assess that Miranda is carrying items which will assist in Greenwald releasing more of the NSA and GCHQ material we judge to be in Greenwald’s possession.” (1)

The fact that the document stated, “Intelligence indicates that Miranda is likely to be involved in espionage activity…” makes it fairly clear that Miranda – and probably anyone else associated with Glenn Greenwald, is under close surveillance and on a very short intelligence leash. A primary issue for Miranda should actually be to determine which of his contacts in Berlin he should not have trusted, or whether or not his communications and traveling habits are secure enough.

In the first day of proceedings in Miranda’s trial against the UK government, Miranda argued that he should have been protected from detainment due to his status as a journalist. During the second day, government lawyers stated that UK officials felt they were justified in detaining Miranda as a terrorist, and stated to the court that journalists are not protected when they are carrying “serious” material.

The judge commented in agreement, “It [being a responsible journalist] doesn’t make a journalist omniscient in security matters. It’s just rhetoric, really.”

At issue in the trial is whether Miranda – who was carrying thousands of electronic documents from Snowden that originated from the NSA and GCHQ – had been appropriately detained under the Schedule 7 anti-terrorism rule in the UK, created to detain terrorists and seize materials at border crossings that could pose a threat to national security.

The problem arises as to whether Miranda could legitimately be classified as a terrorist, and whether the materials he carried were truly a threat to national security. Miranda intended to deliver the documents to Greenwald, who likely intended to publish much of the information publicly. 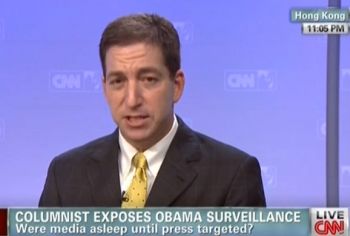 Glenn Greenwald After the Snowden Releases

As a Guardian journalist (he no longer works for the Guardian), Glenn Greenwald first broke the initial story on Snowden, the NSA whistleblower who has released information about the NSA’s surveillance of both American citizens as well as foreign citizens, leaders and diplomats.

After the story broke, according to the Guardian’s editor Alan Rusbridger, the UK government forced the news organization to destroy hardware containing the leaked documents, despite the fact that the documents had been copied and saved at various locations around the world.

One of the most unnerving statements from the “Ports Circulation Sheet” prepared by Scotland Yard and MI5, and circulated to border posts, was the paragraph that concluded:

“Additionally the disclosure, or threat of disclosure, is designed to influence a government and is made for the purpose of promoting a political or ideological cause. This therefore falls within the definition of terrorism.” (2)

This statement walks on the edge of the dangerous line where governments might decide to classify journalists as terrorists simply for writing about information that may be intended to “influence a government” or to promote a “political or ideological cause”. This is a dangerous line that UK officials are walking, and if the courts uphold the actions taken against Miranda, it doesn’t bode well for UK journalists.