Anti-GMO Moms Across America Coming to a Parade Near You 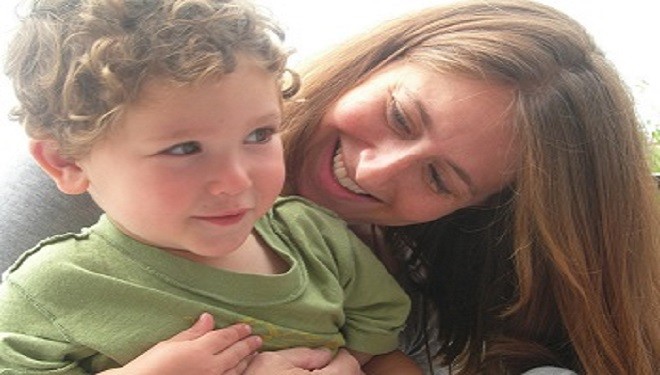 Independent studies on the health risks of GMO foods and GMO awareness have awakened the wrath of moms! These brave women have banded together to demand that GMO labeling be made a law and enforced – now!

If you’re like many American moms, you want to know exactly what your children are eating, especially when you’re the one preparing it for them. That’s impossible if you don’t buy organic foods and in some cases, it’s been proven that isn’t a failsafe against unscrupulous growers.

The Moms Across America coalition is fueled by the outrage and subsequent demand by US moms to have GMO labeling mandated on local and national levels “simultaneously”. The organization’s motto is “Empowered Moms, Healthy Kids”.


The Need for a Mom Movement

If someone had told these moms that such a movement would be necessary in order to guard their children’s health, they wouldn’t have believed it possible. Nothing stays the same in life except the determination of a mom to protect her child. That instinct remains stronger than ever in a world that places more value on money and profits than what is right. People have a right to know what they are buying before they make a purchase.

In fact, 62 countries have demanded labeling or have banned the use of GMOs. Those countries organized and fought in one voice to see that their demands were met. Moms Across America is doing just that.

Americans have been consuming GMO foods since the mid-1990s – unaware. As soon as the public became aware of how their food had been changed and altered, protests and demands broke out. GMO companies like Monsanto have spent millions of dollars to legally fight against the public demands for GMO labeling.

The simple fact that GMO companies fight so savagely to keep GMO labeling off the American grocery shelves strikes a greater fear in the public about the safety of GMO foods. If GMOs are so harmless, then logically, a corporation wouldn’t need to spend millions of dollars to fight labeling their genetically modified or genetically engineered foods. They’d have nothing to hide and would want to advertise their great accomplishment.

And, that’s a statement about GMO foods and why there’s such a tremendous need to have effective GMO labeling on all foods. Who Buys the Food?

Moms Across America states that 85% of all food purchases are made by moms. What this organization has realized that others who have fought Big Agra failed to understand is that if that 85% (moms) stop buying the food, then the GMO companies can’t sell it. The GMO companies clearly recognize this threat.

But, moms are also very different from other lobbying and protest groups. A mom will defend her child to the death when others will give up a long battle that seems hopeless. A mom has staying power because of the love she has for her child. It guides her every action where that child is concerned.

What Moms Across America Wants to Accomplish

The Moms Across America website states, “Our intention is to raise awareness and support Moms with solutions to eat GMO Free as we demand GMO labeling locally and nationally simultaneously”. The bolded statement, “For the Freedom to Choose Our Families’ Food!” is effective and is one that most moms believe is an inalienable right as a parent. But in today’s America, that right is constantly being denied every time a mom shops for food, dines out or picks-up burgers for the family meal.

The women of Moms Across America are accomplishing their mission by educating not only their families, but communities at large about GMO foods. They plan another march in 2014 to continue drawing attention to their cause.

The Moms Across America March will be held on the most patriotic day, July 4, 2014. It’s not too early to start planning for your group of concerned moms and others to march in your local 4th of July parade.

The march will occur across the nation in small towns and large cities alike. If your town or city doesn’t have a Moms group, you can organize one and join in a march in your township to join in one loud voice that can no longer be ignored.

The goal for this year’s parade event is to have Moms Across America participating in 400 parades on July 4, 2014. The organization offers Small Event Paks and large Community Building Paks that can help your group or town.

How You Can Join or Create a Local Group

The organization advises beginning now to organize your group. Start by discussing with those you know. They suggest this is a topic you can bring up at any other organized group, such as a book club, PTA, women’s church group, women’s business organization, professional organization and civic organization.

There are other suggestions, such as hosting an event to gather other moms to discuss GMOs, like a movie night or a covered dish dinner. Hold a GMO Awareness yard sale or bake sale where moms can discuss and pass out info to other moms.

Take advantage of Public Service Announcements to advertise your event and participation in the parade. Advertise in church and other religious organizations bulletins, daycares and newsletters.

Moms Across America believes that Americans haven’t been “LOUD enough about it!” They state that it’s “Time to bang some plates and GET LOUD!”

The organization believes that the 4th of July parade is one way moms can make a difference while also being a true patriot by joining this movement. And, it isn’t limited to just moms since many dads, uncles, brothers, nephews and grandfathers also join in the march in the fight to restore the right to choose what your family eats.


Image Credits:
(1) artist in doing nothing via Compfight cc
(2) pursuethepassion via photopin cc