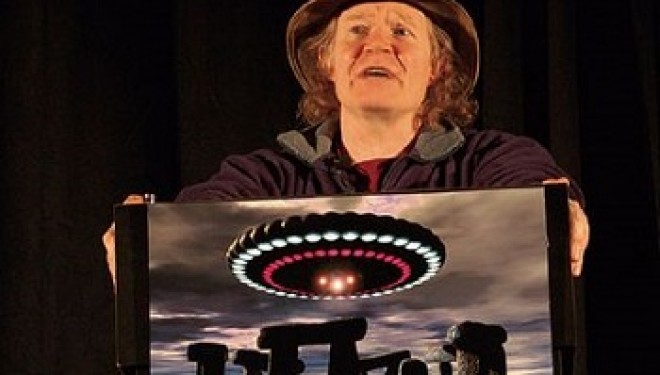 If you’ve read part I of this series, then you’re going to love what’s in store in Part II. If you haven’t read it yet, then make sure to go back and read all about the first couple of crazy conspiracy theorists we’ve covered already. Of course, if you’re talking crazy conspiracy theorists, it seems fitting to launch into part II of this series with Bill Ryan and Kerry Cassidy.

Bill Ryan was the focus of the “Serpo Project” prank run by Richard Doty (the MJ-12/JFK guru). Serpo set Bill up in the crank UFO circuit. Purportedly, in 1965, 12 U.S. personnel went off in a spaceship to the planet Serpo, in the Zeta Reticuli system. This was part of an exchange set up by President Kennedy in 1962 (yawn).

Kerry Cassidy met Ryan in 2006, when they formed Project Camelot. They spent four years pumping all manner of garbage like Dick Hoagland, Boris Kipriyanovich, Erin Rothschild, and David Icke before they split the operation in half (and still advocated the same dross). Richard Dolan (unconcerned about any of the duo’s Serpo connections) first appeared in Camelot in 2009, and last appeared in 2013.

The infamous Jim Fetzer has become the refuge of people rejected by serious 9/11 and JFK groups. His reputation is such he has an entry “Fetzering” in the Urban Dictionary. He is also the subject at several other websites.

The levels of loathing for Fetzer in all areas of rational and ridiculous conspiracy debate are spectacular. Suspicion of his intent is high. There has been speculation in some quarters that Fetzer’s final frontier may be UFO’s and possibly the MJ-12/JFK documents.

Anecdotal evidence indicates he has actively supported MJ-12 based articles and authors on the site and his radio show. While he has not quite pushed a UFO angle, he has allied himself with diehard MJ-12, Serpo, adherents like John Lear and others.

Apparently, Fetzer joined the Veterans Today site as a contributor in January 2011. He became a board member in late 2011 or early 2012. VT’s policy is:

“The Board is responsible for all content on VT and participates in all major decisions regarding content, columnists, and editorial direction for VT.”

Thus, an example of Fetzer’s clout prior to his ascension is Anthony Lawson an ex-columnist for VT, who noted that Fetzer’s arrival turned the controversial site into one of abject stupidity (it turns out Lawson himself is something of a holocaust denier like Fetzer and VT).

Professor Fetzer’s chief, Gordon Duff, admitted to lying to what approximates 70 percent of the time in an interview. VT damage control kicked up a fuss; however, evidence suggests there were no alterations.

Moreover, it should come as no surprise he is an avid MJ-12 believer. Yet, like Mr. Dolan, Jim Fetzer believes it worth his time hanging out with people inspired by the Serpo hoax. 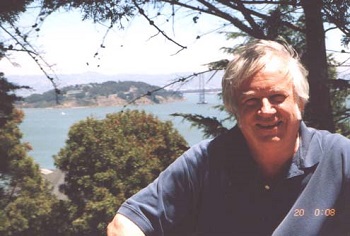 The rambunctious Fetzer has been making moves on Avalon/Camelot space since early January of 2012. Kerry Cassidy interviewed Fetzer in January of 2012. He then hanged out with Cassidy at Conspiracy Con (ironic name) in June of that year. Bill Ryan had Jim Fetzer join his Project Avalon Forum in August 2012.

So what does Dolan have to do with Fetzer? Well the “Nutty Professor” and VT are essentially the military equivalent of Dolan’s hippy pals at Project Camelot/Avalon. The two groups enjoy many common traits and mutual friendships. However, there is no real collusion between them…Silliness is contagious especially on the airwaves. Thus, Fetzer came full circle when he interviewed Dolan whom he termed “The Dean of UFO research” in April of 2012. His statement clearly shows how little he knows about the UFO field. Dolan’s appearance indicated he knew nothing of Fetzer’s proclivities. 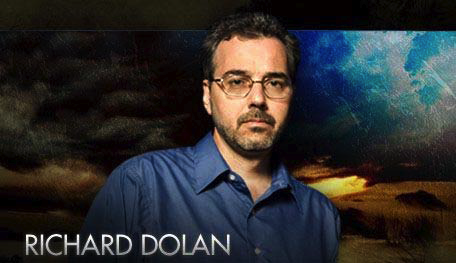 Tying it all Together

Fetzer and VT seem to require an in on the UFO market. The “Talented Mr. Dolan” wants to emulate Jim Marrs (discussed in Part I) and become a universal conspiracy icon. Therefore, it is mutually beneficial.

However, Marrs to his credit has never pretended to be anything he is not. Whether good or bad, he does not care which people he hangs out with. Dolan, by comparison, presents a facade of studiousness and discernment; it is all pretense. In the beginning, I mentioned Dolan’s sanctimonious comments concerning certain researcher’s veracity of “sources” and their “jumping to conclusions”. As we have seen, Dolan has hit every branch on the way down. Only to wind up clubbed to death by his famous pal Laura Knight Jadczyk.

It is intriguing that Dolan, who is knowledgeable of Doty and the Aviary’s involvement in MJ-12 and Serpo hoaxes, still hangs out with the unenlightened dupes of these exercises. Furthermore, having Dolan and Jim Fetzer discuss something as serious as the JFK case is akin to bringing muffins to a gunfight.

Additional note: Like many people, my problems with Mr. Fetzer go some way back. I encourage the reader to dabble around the net and have a laugh. In particular, predictions about Fetzer during his decline at the DPF. They concerned his making new friends with the critically discredited John Hankey, and now the talented Mr. Dolan. I hate it when I am right.