Did ANY of the Billy Meier Predictions Ever Come True?

For anyone who has had the misfortune of stumbling across Billy Meier predictions and UFO photographs, then you probably already know that the entire topic has been a madhouse of attacks, counter attacks and slander between skeptics and believers for many decades.

Last week I covered a brief history of the Billy Meier case, and provided a few examples of how badly Meier Cult followers fail to perform their own research – a claim they constantly level against skeptics. (The cult today is known as “FIGU”)

In our first article on Billy Meier and Michael Horn, written by our own Seamus Coogan, Meier cult followers came out in force lambasting Seamus for his article (which in my opinion used kid gloves on Meier, to be honest). They slammed Seamus for “not doing his homework”, yet they failed to offer specific examples of evidence supporting Meier’s claims, or that Meier’s predictions have ever come true.

Upon sifting through the websites of online supporters of Meier, I came across dozens of them mentioning Wendelle Stevens and other folks as credible researchers of the Meier case, but not a single one of those folks bothered to mention the 1987 Spin Magazine article by reporter Legs McNeil, revealing that Wendelle Stevens was doing time in the Arizona State Prison for pedophilia, and that Stevens lied to McNeil about his incarceration, trying to imply it was “set up” by the CIA. Court documents proved otherwise.

So what about Billy Meier predictions themselves? You would think it would be easy enough to do the research to prove or disprove whether or not specific prophecies are true? Unfortunately, as you’ll see, even though you can prove Meier’s prophecies to be blatantly false, the Meier cult and promoter Michael Horn are a very slippery bunch when it comes to maintaining their belief system, despite all evidence dismantling it.

At the end of 2005, Oregon State University researchers published a report noting that Congress was working on legislation to give NOAA $35 million per year to improve tsunami warning systems and disaster planning. Researchers noted that the increased interest in tsunami planning was due to the 2004 Indonesia tsunami that killed more than 275,000 people.

In 2008, Michael Horn started traveling around the Internet, telling people that a Billy Meier prediction, allegedly provided prior to the OSU 2005 warning, mirrored the OSU prediction. This is a standard Michael Horn tactic – find some publication about a dire warning, and then distribute information to any “believer” website that will publish it, that Meier had made the prediction before the warning published.

The reality is that the only floods mentioned in the 1958 predictions are vague references to “monstrous flooding”, without any dates or specific regions mentioned at all, certainly not the Pacific Northeast.

When a tsunami does strike the Pacific Northeast, Horn will likely instantly claim that Meier “accurately” predicted it, failing to mention that Meier’s “prediction” came in 2008, four years after the tsunami warning system was put in place in 2004.

One of the best investigations of a Billy Meier prophecy came from Stuart Robbins of the Bad Science blog, who decided to do a thorough analysis of Michael Horn’s claim that Meier had predicted the asteroid Apophis will strike Earth in 2036.

The first thing Stuart noted was the fact that Meier’s actual prediction dated in 1981 made no mention of the Apophis asteroid, or even a date for the event, but only mentioned that a “red meteor” would wreak havoc on Earth. Nothing more.

Interestingly enough, the pattern with Asteroid Apophis follows the same pattern as the Pacific Northwest Tsunami warning. In 2004, the asteroid Apophis was officially discovered and publicly announced. In 2008 (a busy year for Horn), Meier suddenly releases “Contact Report #471”, where Meier claims having a conversation with Plejaran Ptaah, and finally specifically mentions astronomical data related to Apophis. Stuart noted the discrepancy as follows:

“Okay, so remember the timeline here: 1981 was the first mention, 2002 no new information, 2004 Apophis is found and its orbit calculated and all this other stuff, and then, FOUR YEARS LATER, Meier very directly links his red meteor with the astronomical data of Apophis, though we don’t have it by name. There was nothing connecting the two before, and Apophis isn’t exactly red, but now he’s put the red meteor together with the dates of Apophis.”

As I said, Meier and Horn are a slippery pair.

Finally, four contact reports later, Meier specifically claims that Apophis is the “Red Meteor”. This tactic is what Stuart explains as “retrodiction” – a technique that prophecy scammers constantly use.

Prediction [is] where you’re saying something will happen before it does. Retrodiction is the opposite, where you say something was going to happen after it already did, or you said something vague and then when something specific happens, you claim that vague thing was the specific happening.

Stuart further noted that Meier’s original prophecy described a “meteor”. Apophis is an asteroid. In his final analysis, Robbins concludes that until better evidence arises, this is clearly “not a valid prediction”. 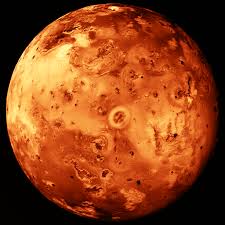 An IIG researcher conducted a full investigation in 2004 surrounding Meier’s various predictions from throughout his 115th Contact writings. The investigator found the following revealing facts about those so-called prophecies:

– Meier’s predictions in 1978 about the details of Jupiter were not predicted, but actually drawn from information reported publicly after Pioneer 10 and Pioneer 11 passed by Jupiter in the early 1970s. Scientists did not discover that Jupiter’s ring was made of small particles in 1995 as Horn claimed. That information was published in 1979.

– The investigator proved that Meier had drawn his “prediction” directly out of newspaper and magazine reports in 1979, because one of his predictions regarding Amalthea, the innermost moon, perfectly matched the incorrect information (that the moon was approximately 200 km long) published in the 1979 newspaper articles. (The moon was later determined by scientists to actually be 250-270 km long).

– Meier had copied from the media claims in 1979 that speculated (incorrectly) that Jupiter’s moon Io contained water. Meier wrote, “”the moon, Io, once was totally covered with water”. Later scientific findings revealed the truth – Io contains little to no water.

– Other predictions that the IIG researcher noted Meier as getting completely wrong (usually because he copied incorrect information from 1979 media sources) or the researcher proved Meier had obtained correct information from earlier media sources were related to facts like Io’s volcano eruptions, Io’s Plasma Torus, the rings of Jupiter, and much more. You can read the full, detailed, thorough report at the IIG West website.

“The fact is, the more I researched the predictive information in Billy Meier’s Contacts, the more likely it seemed that Meier copied his information from widely-available news sources.” 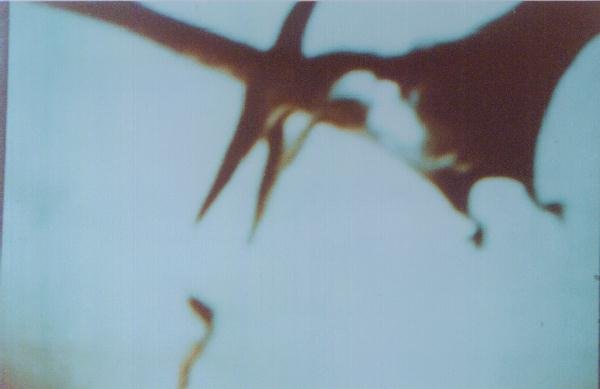 Other False Prophecies of Billy Meier

IIG (Independent Investigations Group) has done a tremendous job on the Meier case. Further prophecies proved as incorrect by the group included the claim that four heads of state would die within seven days of each other, signaling the coming of World War III.

Michael Horn (not Meier or FIGU) claimed the prophecy came true in December 2006 when four heads of state died in a row. December 2008 came and went without World War III. So much for that one.

Meier predicted in Contact 251, Part 2 that a French nuclear reactor near Lyon would have an accident and that the plant would be promptly shut down. Michael Horn claimed this prophecy was proven true in August 12, 2003.

IIG showed that the actual news articles referencing the Bugey nuclear power station near Lyon, France were actually referencing the danger of the nuclear plant shutting down in the midst of a heat wave, when citizens of the country were so desperately in need of its power. The facility never had an accident, and was never shut down due to any accident. Another false prophecy.

Researcher Royce Myers, III was able to prove on UFO Watchdog that a picture Billy claimed he took when he traveled back in time to the land of the dinosaurs was in fact a fuzzy, close-up of a painting by Czech artist Zdenek Burian, which appeared in the book Life Before Man.

I wonder if the Meier folks are paying Zdenek royalties for misrepresenting his work?

A final analysis I would like to highlight was actually conducted by my good friend who went by the name of “Zep Tepi” on Reality Uncovered forums. In a discussion there, Zep pointedly asked Michael Horn about the Meier prediction which claimed that Paris would be destroyed and burned down. In an update on his website at a newsletter link called ‘nov05.htm’ (which Horn has subsequently deleted), Horn claimed that Meier’s “Paris will be destroyed” prophecy came true following the Paris riots of October 2005.

During those riots, nearly 9,000 vehicles were torched, nearly 3,000 people were arrested, and 126 police officers were injured. Zep pointedly asked Michael Horn how he could describe such an event – which was admittedly destructive – as the destruction of Paris predicted by Meier.

Horn’s only answer was to state that prophecies could be altered if people make “course corrections” to alter the probable outcomes. He failed to specifically explain why he had claimed Meier’s prophecy had come true, when it clearly hadn’t. The fact that he also deleted that page from his website speaks volumes as well.