NSA Response to Early Media Reports Was Filled With Lies 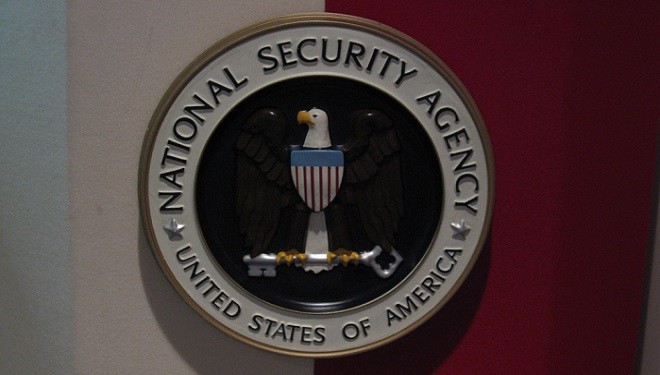 According to a Joint Statement from the Office of the Director of National Intelligence and the National Security Council, the press has “mischaracterized” the NSA’s surveillance activities.

This, according to the statement, includes a “misleading picture” regarding the NSA’s use of Section 702 of the Foreign Intelligence Surveillance act, the question as to what proportion of online communications the NSA really sifts through, whether the law allows for the collection of intelligence while also protecting civil liberties, and more.

This document, published on August 21, 2013, is quite ironic to read today, several months later and after additional revelations proved that most of the statements made in this document by the NSA are ironically mischaracterizations of the truth distributed by the media.

The following are the claims made in this document by the NSA.

–> The NSA does not sift through or have “unfettered access” to 75% of online communications in the U.S.
–> The NSA only “touches” 1.6% of global online communications, and only “looks” at 0.00004%.
–> FISA protects civil liberties by prohibiting “intentional acquisition” of communications when all parties are inside the U.S.
–> Prohibits targeting a U.S. citizen without a court order based on probable cause.
–> NSA only obtains “identifiers” like email addresses and telephone numbers used by non-U.S. people believed to have foreign intelligence.
–> NSA follows court-approved “minimization procedures to protect privacy of U.S. citizens if one half of foreign communications involves a U.S. citizen.

The truth is that the NSA statement was obviously misinformation meant for damage control. Taking each item above into account, the first and most obvious one to tackle is the claim that the NSA does not have unfettered access to 75% of online communications in the U.S.

As Ars Technica revealed in October, while the NSA may not directly access Google or Yahoo servers, Snowden disclosures revealed that the NSA’s MUSCULAR program – a collaboration with the UK – taps into the traffic of networks between the companies’ data centers.

The NSA comments referring to PRISM paint a picture where a FISA warrant is issued for select, targeted information. However, what the August statement leaves out is the existence of programs like MUSCULAR that sift through volumes and volumes of private Internet traffic between Google and Yahoo data centers.

“By gaining access to networks within Google’s and Yahoo’s security perimeters, the NSA was able to effectively defeat the SSL encryption used to protect customers’ Web connections to the cloud providers, giving the agency’s network filtering and data mining tools unfettered access to the content passing over the network.”

In other words, the NSA response to the Wall Street Journal article painted a picture only responding to the specific claims in that article, but leaving out contradictory projects and NSA activities that completely discount the claim that the NSA does not have unfettered access to significant amounts of Internet traffic of U.S. citizen Internet traffic. By writing in percentages, it allows the NSA to downplay the actual huge volume of international Internet traffic the agency touches.

Here are some examples of the actual numbers that give a better picture of the extent of NSA’s International spying operations.

–> Brazilian Newspaper O Globo reported that the NSA had spied on the emails and phone calls of literally millions of Brazilian citizens, including 2.3 billion calls and messages spied on.
–> In November of 2013, Edward Snowden revealed on Dutch news outlet NRC that the NSA infected over 50,000 computer networks across the world in order to obtain private, sensitive information.
–> Up to now, leaked information has revealed that the NSA monitored the telephone conversations of at least 35 world leaders, including allies.
–> In October of 2013, Spanish media reported that Snowden information revealed the NSA had tapped the conversations, IM conversations and emails of “millions” of Spaniards. Specifically, throughout 2013, the NSA collected metadata of 60 million Spanish phone calls.

This is just the tip of the iceberg, and flies in the face of the NSA claim to the contrary. For example, the claim that FISA protects civil liberties by prohibiting “intentional acquisition” is ludicrous considering the revelation that the NSA tapped into traffic between Yahoo and Google data centers.

The claim that FISA requires a court order only means that the NSA has blatantly ignored that requirement. This is revealed in a 2009 court ruling by Foreign Intelligence Surveillance Court Judge John D. Bates that denied an NSA request to communications data, followed by an admonishment by the judge who wrote that the NSA had “longstanding and pervasive violations” of earlier orders denying access.

The only thing that is absolutely clear about NSA surveillance activities is that not only has the agency been overreaching its Constitutional grounds and infringing upon the privacy and civil liberties of American citizens, but based on the August statement, the agency is also still lying to Americans about it.