Engagement with China is Good and Other Lies – Part I 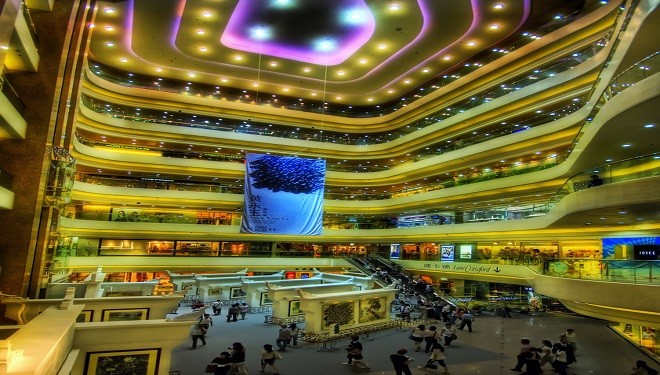 Ever since the gods of commercialization realized that China had so many people, the race was on to sell to them. For their part, the Chinese were not “buying it”. They considered foreign goods and people inferior and wanted no part in globalization.

After China fell hopelessly behind, however, it decided to change tactics. In the early 20th century, the Chinese realized that it was they who had nothing to offer the West and that the tide had turned. China looked to the “barbarians” in hopes of catching up.

This pattern continued throughout more than 100 of the past 113 years. Lacking indigenous ability and innovation, even the communist party came begging for help. Turned off by what communism stood for, the US rejected such offers and China isolated itself from the world.

In a resurgence of commercialism and corporate greed, American companies foamed at the mouth over selling to a market with 1,000,000,000 people. Companies knew that when the Chinese dragon awoke, it would rush to buy our goods and we would grow rich.

On the other hand, companies knew that Americans would be skeptical of China, after all it was communist, right? This was the same communism that we had been fighting against for decades. We were told that communism was a dangerous form of governance and should be eradicated, lest it eradicate us fist.

With this background and in order to profit from engaging China, corporations had to first convince us that China was not so bad. The talking heads began to soft pedal around the harsh realities of China. They began to exclude the word “communist” when talking about China and if forced to label its governance, they used the more benign term “socialist” in its place. They also began to say that we should work with China or engage them.

“In 2007, James Mann published The China Fantasy, a short book arguing that Western elites misrepresented the benefits of engagement with China and that prosperity and capitalism might not, as they claimed, eventually bring democracy to the PRC.” – Sinocism

It was at this point that corporate America began to sell us on the lie that engaging China was a good thing. We were deceived into believing that rather than ostracize China as we had successfully done with the Soviet Union, we should befriend them. The logic was that by embracing the communist country, we would teach them about the good of democracy.

We were told: “Of course China will want to be democratic, who wants to live under a dictator?” The Chinese, being reasonable people, would rush to boot out their communist overlords and along the way snark up our goods. It was a win-win solution.

Few bothered to consider how a country with 5000 years of one-party rule would embrace participation leadership which was inconsistent with their history and Confucianism (Devenny, on file with author). They also never explained to us the incredibly poor odds China would ever embrace democratic leadership. We were essentially told that democracy is good and the Chinese will want it, and being naive, we believed the talking heads.

By engaging in the “engage China” lie, corporations have sold us down the river for a few pieces of silver. Judas has kissed us upon the cheek and we are being led to economic slaughter, blinded by our own greed.

The fact is that engagement with China has enabled them to challenge us both militarily and economically and democratization is not in the cards, China has not, nor do they even desire to be a democratic country. So why have we been told this lie? 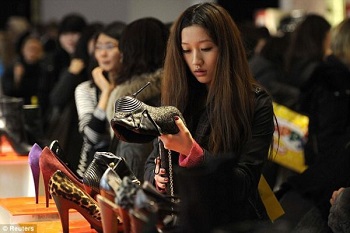 Nixon and his henchman Kissinger taught us that to engage the Chinese was to pacify them. That we could nudge them towards the path of freedom by exposing them to the wonders of democracy and the riches that came from it. Better education, home, quality of life, all for the taking. For their part, the Chinese only needed to be shown the way and we were to be their guides. Once shown the pot of gold that capitalism/democracy brings and victory would be at hand, they said. And we fell for it.

For the first seven to eight years this claim looked promising. The Chinese broke down the walls of isolationism and welcomed us, albeit, ever so tepidly. It was then that things looked really good and Chinese intellects started supporting the notion of equality and questioning the communist party. Overcome with fear, Deng Xiao Ping and his men ordered Chinese tanks to open fire in what became known as the Tienanmen massacre. If ever there was a point to question the logic of how engaging China would lead to democracy, this was it.

Instead of reading the tea leaves and admitting that China would not change, we began the twenty year process of excusing communist treachery. We’d say things like, “Sure there might be bumps along the way, but it is all part of ‘growing pains’ as China moves towards an open form of governance.” 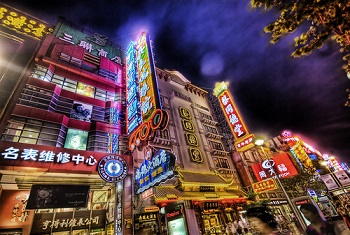 Clinton – a Gift to China

“The more you look into this business of transfer of advanced sophisticated technology to the Chinese military, which seems clearly for campaign contributions, the harder it is to stay away from words like treason.” -Dick Armey, House Majority Leader (China Doll, Clinton and Gore and the Selling of the US Presidency, Canfield, Delgauidio, p 61)

A few years after the massacre, which China still denies16 occurred, China received a gift in the form of Bill Clinton, who brought the China engagement theory to an entirely new level. President Clinton thought that not only should we embrace China, but arm them as well. What could be better for the world than creating a new nuclear power run by communists?

He reasoned that in order to keep the world safe we had to level the playing field. What better way to prevent nuclear conflict than by allowing the Chinese to clone all of our nuclear secrets? It followed that if we allowed China a sneak peak at our nuclear arsenal, they would replicate it.

Then, voila, no more American military supremacy. This would result in a level of peace we could all live with. And so Mr. Clinton set out to equal the scales. Through various means such as de-classifying military secrets to inviting theft, Clinton laid bare our most precious secrets. Under his administration China leapfrogged into the 21st century of military might.

An analogy to this logic would be to arm street thugs to the teeth so that the police cannot take advantage of them vis a vis superior firepower; makes sense, right?

Thanks to Clinton, much of the US is under real threat of Chinese nukes. At this point, perhaps, we should have begun to question this whole engage China dialogue as folly, but of course we did not.

Things progressed, and, unconvinced that a nuclear armed China was enough, we decided to open our markets to them as well. What could be better for the average American than to lower barriers to trade so that a country with labor costs a fraction of our own could compete with us in manufacturing, right?

In all honesty, we didn’t examine that side of the equation. We were too excited about unfettered access to 1,340,000,000 customers. Economic engagement with China has been less than a failure. Since the US opened its markets to the Chinese, we have lost millions of jobs, had our technology stolen, and China is farther from democracy now than it was in 1999, so why do we continue?

The engagement lie has gained so much traction that it has blinded us all to the truth. We believe that China is part of our future, no matter how much it hurts us. Day in and day out we are told how China is changing and hope is on the horizon. Kicking aside the facts and cherry picking feel good stories about change, we are being mislead.