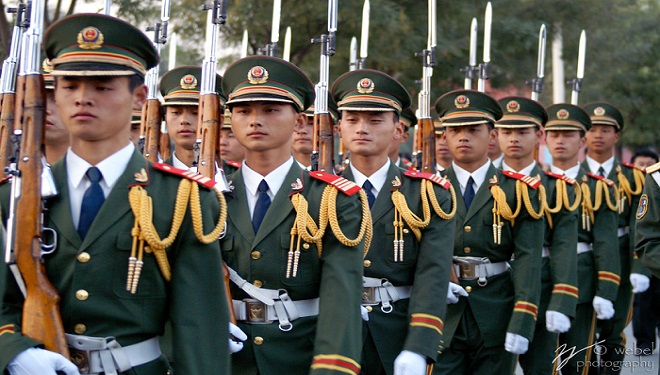 Beijing recently threatened to jail US businessmen coming to China to collect on a debt. The company InterDigital Inc (IDCC) was told that the safety of their employees could not be guaranteed in China and that they would be jailed if they made the trip. Beijing has essentially legalized theft against foreign firms and kicked any machinations of justice and the “rule of law” to the curb.

IDCC makes and sells high tech products. Its business is global and customer base includes China’s Huawei – which allegedly acts as a spy arm for the communist party. According to IDC, Huawei owes them fees from tech licenses but refuses to pay so IDCC took them to court. The communist party stepped into the fray and declared, “If you come to China you will be thrown in jail.”

The threat of arrest is unprecedented,” Willy Wo-Lap Lam, an adjunct professor of history at the Chinese University of Hong Kong, said in an e-mail.

Yes, the Chinese government has sanctioned the imprisonment of American businesspeople over a minor civil lawsuit. We are not talking about some Enron type scandal or even a matter of national security. This issue is much more benign. Why would the Chinese government get involved over a few million dollar deal?

The fact is that we are at war.

IDCC and Huawei entered into an agreement where one company buys, one sells. The terms of sale are spelled out in legalese and supposedly binding. There is now a disagreement about contractual terms and contractual fulfillment. Such disputes are typically settled in court, but not in China. In keeping with Beijing’s new gangster governance, they have overruled legal proceedings over Huawei’s contractual obligations. They have turned a minor civil matter into a matter of national importance.

Let’s set aside the legal merits of the case and take a look at the bigger picture; what is really going on here?

To be clear, an American firm has a valid legal claim against a Chinese company and has essentially been barred from entering China. An analogy would be that Huawei ordered take out and IDCC delivered and handed over the check. While feasting on the IDCC meal, Huawei then called the cops and refused to fork over any cash. China’s intrepid police force rolls up and then informs the IDCC employee that if he steps foot on the premises, he will be shipped off to the pokey. Being wise, the deliveryman drives off, food-less and penniless. By protecting the local company and ignoring the law, China has shown its true colors.

The War is On

Beijing’s action against IDCC is only the tip of the “spear” and signals the growing Chinese trend of harassing American businessmen. For example, Beijing sat idly by as a US entrepreneur was kidnapped and held hostage in the nation’s capital.

More aggressive actions have been taken against American firms from Apple to Starbucks. The hostility has gotten worse. Beijing has also threatened companies such as Bloomberg, the NY Times and Wall Street Journal. They are also restricting visas of Americans charged with ensuring American food and drug safety.

A Chinese colleague explained it to me like this:

“China’s anger is only focused on US businesses and its people. I work for an Asian company and we have not suffered like the American businesses have. It is obvious that the government is targeting the United States.” 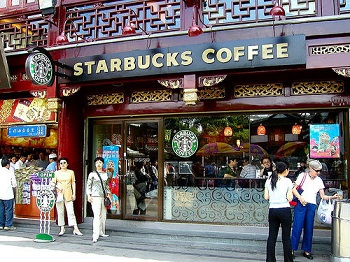 China’s actions against foreigners should not be surprising. Isolationism and xenophobia are fundamental elements of Chinese history. How many other countries spend 2,000 years building a big wall to ward off foreigners and make teaching one’s native language to a foreigner a crime punishable by death? (Devenny, on file) Well, China has.

This time the xenophobic rhetoric has a singular focus and it is the United States of America.

From a personal perspective, anti-American sentiments are at an all time high. Beijing controls the media and shapes the hearts and minds of its citizens. Each night CCTV, the TV arm of the communist party, bombards its viewers with images of the US military and its capabilities. The airwaves swarm with images of American soldiers, weaponry and destruction. From the looks Chinese TV, one would assume that China was actively engaged in a ground war with the US. Such images are burnt into the psyche of the Chinese, creating fear and anxiety. Beijing then “protects” its citizens from the capitalist hegemony by striking out against all things American.

As part of China’s not so subtle war, they focus on American firms and their culture. The communist party plays on China’s anxiety over foreign invaders and the dissolution of the Chinese state. By positioning Washington as the enemy, Beijing funnels China’s energy against its foe.

Beijing would like nothing more than to have its people shun their iPads and look to Lenovo for their next purchase. They would prefer that people switch to Huawei phones over Motorola and “just say no” to Starbucks. These companies represent many things, all of which Beijing would like to possess. They are a symbol of American innovation and soft power, after all, how many people get a Lenovo tattoo on their body?

The fact is that America and its companies have cachet and are cleaning up in China. The party realizes how much money China means to foreign firms and is looking to cut off the spigot.

From Guangzhou to Dalian, I have heard my Chinese colleagues claim that Beijing is itching for a fight and from where I sit, I could not agree more. Much like an ostrich, the world would rather hide its head in the sand and refuse to admit what is happening in China. Excuses are made and China’s actions are defended as growing pains. Beijing is said to merely be flexing its newfound muscles, and nothing more sinister. In theory this sounds great, but one has to wonder.

If Beijing’s actions are so benign, then why are they taking such destructive measures against one country in particular? Why have they repeatedly threatened that country with war? Why are they in the process of building no less than two aircraft carriers? Why have they said that they need to be self-sufficient in food production? In a global market place, such a thing should not matter. According to my Chinese friends, the answer is simple, “China is preparing for war”.

If ignorant both of your enemy and yourself, you are certain to be in peril. – Sun Tzu