Scientists Discover Why UFOs Appear Just Before An Earthquake

It is not uncommon that before an earthquake a strange bright light appears in the sky. For example, half an hour before the Sichuan earthquake of 2008, a mysterious bright glow in the sky appeared over the Sichuan province in China. The bizarre orb-shaped, rainbow-hued light was captured on camera.

At the time, the bright lights witnessed just minutes before an earthquake were believed to be a coincidental phenomenon or related to UFOs.

Scientists now believe they have the answer to the bizarre pre-earthquake lights. A recent study published in Seismological Research Letters says the flashes of light are caused by a naturally occurring electrical processes in certain types of rock.

China’s Sichuan province was just one of a number of places where the strange occurrence has taken place. In 2009, locals in L’Aquila, Italy witnessed light that resembled four flames hovering above a stone road the night before an earthquake hit. As the National Geographic reports, in 1988, a purple-colored sphere of light was seen by people near the St. Lawrence River in Quebec, Canada, 11 days before a tremor occurred in the region.

Even as far back as 1906, sightings of strange glowing orbs of lights were recorded before the San Francisco earthquake. Despite these several incidents, the light phenomena is rare, and according to the study happens in less than 0.5 percent of earthquakes.

The lights, says Friedemann Freund, co-author of the study and and adjunct professor of physics at San Jose State University, come in “many different shapes, forms and colors”. The may be why different colored hues have been reported before different earthquakes. There have also been a number of different descriptions of the shape of the light, ranging from flickering flames, globular air masses and floating, glowing orbs of light.

Naturally, such a strange occurrence has sparked numerous explanations and theories. The hypotheses have included that the lights are UFOs, birds and even planes.

So, why exactly does a mysterious light occur before a small percentage of earthquakes?

The researchers’ authors say that the light appears due to tiny defects in the crystals of basalt and gabbro rocks. The electrical charges are let off when these rocks are impacted with seismic activity. Talking of how certain types of rock are effected by seismological events, Freund told the National Geographic:

“When nature stresses certain rocks, electric charges are activated, as if you switched on a battery in the Earth’s crust. The charges can combine and form a kind of plasma-like state, which can travel at very high velocities and burst out at the surface to make electric charges in the air.”

The scientists also state that the magnitude of the quake does not seem to affect the brightness of the lights or whether or not light actually occurs. 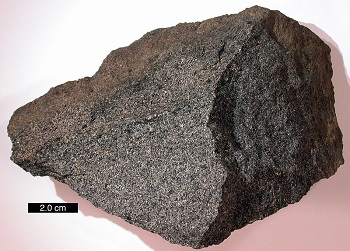 One might imagine that a bright light appearing in the air shortly before an earthquake would be a warning sign that a natural disaster was about to occur. This question was posed to Freund who said that the lights were too rare to be used to predict changes in the movement of tectonic plates and therefore couldn’t be used to predict tremors. However, the researchers went on to say that when coupled with other indicators of earthquake movement, the pre-tremor lights could be used to help forecast seismic activity.

We have to ask that if these bizarre and rare lights, which occur before some earthquakes hit, have been witnessed as far back as the early twentieth century and before some of the world’s biggest earthquakes, why has it taken until now for a scientific explanation to be given?

The reasons why these mysterious lights sometimes occur before an earthquake hits may have been explained but there are a number of related issues that remain unexplained. One researcher said that the “numbers are striking and unexplained”.

“We don’t know quite yet why more earthquake light events are related to rift environments than other types of faults, but unlike other faults that may dip at a 30-35 degree angle, such as in subduction zones, subvertical faults characterize the rift environments in these cases,” said the researcher.

In recent times, the UFOs have been given greater prominence. For example, last year we wrote about the Peru Air Force reviving its UFO department in order to bring credibility back to reported UFO sightings. Amid the renewed ‘reputability’ of UFO sightings, the findings of this recent study are likely to put to bed a number of conspiracy theories regarding the lights, namely that they were UFOs.