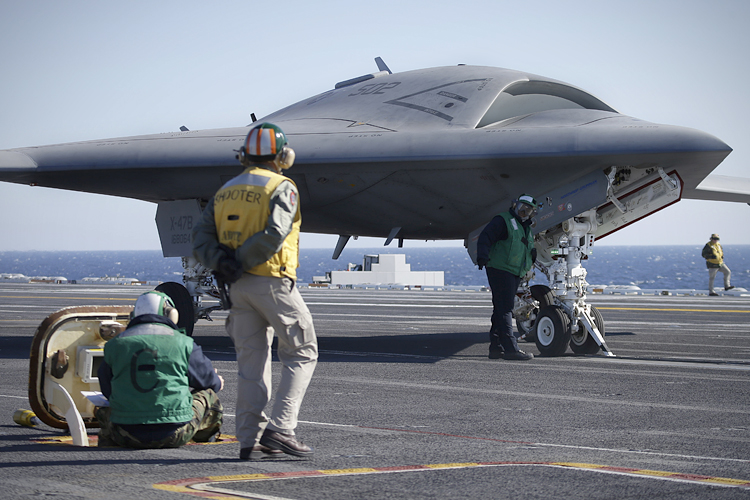 One of my favorite Google Maps mashups is also one of the most unusual – the UFO sightings mashup that draws data from the National UFO Reporting Center to present a sort of heat-map showing the most recent areas with UFO sightings in the United States.

Anyone who has followed my past research knows that I love trying to explain patterns in data by correlating that dataset with matching patterns in seemingly unrelated data, similar to the bigfoot sightings that I analyzed back in 2012.

Using a similar approach, I decided to take a closer look at the UFO sightings Google Maps mashup to see if the patterns in that map could be matched with the same patterns in other heat maps like Census data, population, education levels or military base locations. What those patterns revealed in this analysis was actually pretty interesting.


Taking a Look at UFO Sightings

In this analysis, we looked at data for North America, but this same approach could be attempted with sightings databases anywhere else in the world. The National UFO Reporting Center data has a very nice population of sightings reports – and a large sample size means that patterns are more easily identified visually.

The following map is what the NUFORC sightings data looks like overlaid onto a Google Map of the United States. 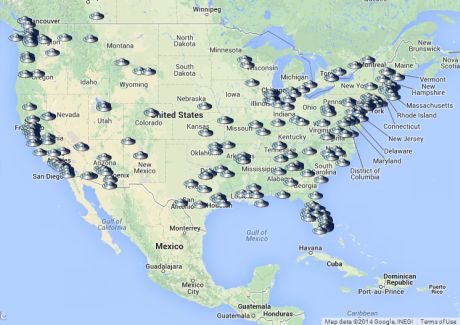 To correlate these patterns with other data, I first turned to the Census Bureau for Census data. I thought it would be interesting to compare population data for areas of the country where there are more males vs. females in the communities. 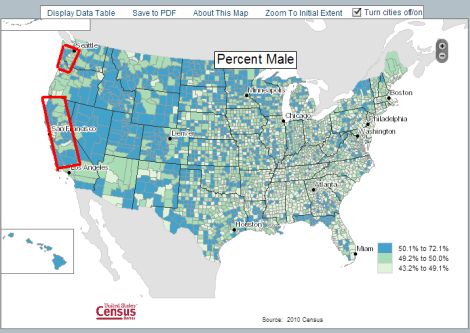 At first I thought that I might have found a correlation, because the areas of high male to female ratios along the West Coast of the U.S. appeared to match the concentrated UFO sightings areas. Unfortunately, the same didn’t hold true for the East Coast, and certainly not for the central part of the country where there are far more men vs. women, yet sightings are virtually non-existent. So I decided to turn instead to the opposite, to those areas where there are more women.

Once again, while at first it looked like there could be a vague connection between the data sets in Northeastern U.S., the same didn’t hold true for the rest of the country. Yet another dead end.

After exploring other data sets like age or race, I decided to not look at population in such a granular way and instead look at the population as a whole. The image below is a population heat map for the entire U.S. 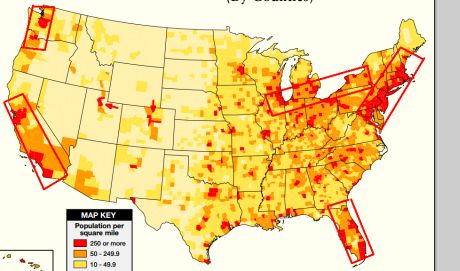 Now, here there are very clear and dramatic correlations between the two sets of data. Everywhere that you see red on the population map, you’ve got a dramatic concentration of UFO sightings on the sightings map. Of course, there could be all sorts of explanations for this – obviously if you have a higher population, then you have greater odds of someone there seeing something odd that might be flying by in the sky.

Other ideas might be that whatever causes the phenomena is focused or attracted to population centers. Or the human activity itself could be contributing to the presence of the strange objects in the sky.

To explain this correlation, I tried taking a look at a psychological explanation. Could it be that the areas where reports are highest, are actually areas with the lowest-educated population – an explanation many UFO skeptics might lean toward.

In fact, that doesn’t hold true at all. If you look at the education map above, you can see that the areas with the highest UFO sighting concentrations are areas with the moderate to best graduation rates, from high school up through college. The only exception is Florida, which is at the lower end of the scale – but the Northeast states as well as California, Oregon and Washington are at least in the moderate range of the scale.

One last map I wanted to compare the UFO sightings concentrations to was that of known military bases around the United States. This map was an impressive layered map compiled by Google Maps user Travis – a collection of Army, Navy, and Air Force bases all around the country. 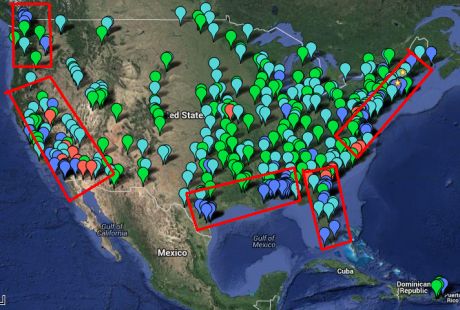 Now, this map was surprisingly very revealing when compared to the UFO sightings database map. When you look at this map in its entirety, the pattern doesn’t really stand out. However, when you remove Army bases and Air Force bases, a very shocking parallel with the UFO sightings map arises.

As you can see on the map above by the circled red areas, the dark blue pins representing the U.S. Navy Bases seem to correlate almost perfectly with the high concentration areas of UFO sightings in the U.S.

This implies that there seems to be a connection between at least a large majority of UFO sightings, and the presence of US Navy Bases.

Is it possible that the U.S. Navy has been testing experimental craft capable of traveling both under water and in the air? Are a majority of these sightings simply witnesses revealing the presence of U.S. Navy covert craft that we’ll only hear about in the distant future?

For now, this is pure speculation, but the parallel in patterns certainly suggests that it’s a good avenue for future research.