Was Lone Signal Tweets to Space Project Just a Scam?

The reason I am referring to it in the past tense is because no sooner was news of the extraterrestrial messaging service thrust into the limelight, it disappeared, at least there is no website to refer to. A project as glamorous and exciting as sending messages from Earth to extraterrestrial civilisations suddenly disappearing without explanation, makes us smell a rat.

Lone Signal was founded by the French businessman Pierre Fabre and a group of other entrepreneurs. Based at the Jamesburg Earth Station in California, the project began operations on June 17th. The nutshell of the enterprise is for citizens to transmit 144-character messages to the red dwarf star Gliese 526. Gliese 526 is located almost 18 light-years away from planet Earth in the Bootes constellation.

One site that was excited about the prospect of sending alien life-forms 140-character insights, was Space.com. According to the site, Lone Signal officials said the venture marks “humanity’s first-ever attempt to send continuous messaging to extraterrestrial intelligence”.

“As soon as I can remember, I looked up at the stars and I thought, ‘Is there anybody looking back at me? I think there’s just an inherent curiosity we all have’,” said Ernesto Qualizza, Lone Signal’s chief marketing officer during a press event announcing the project. “We all want to see what’s on the other side of the next hill, and this is an extension of that curiosity.”

The scientists working with Lone Signal deliberately picked out Gliese 526 because it is apparently a good candidate for harboring life. How do scientists know this? The Catalog of Nearby Habitable Systems (HabCat) contains a selection of 17,129 candidate host stars for potential habitable exoplanets for complex life. According to Lone Signal chief science officer, Jacob Haqq-Misra, the HabCat identified a possibility that there is life on Gliese 526.

The Lone Signal team did, however, admit they might move the signal to a different star system in the future.

“We want it to be fun, but we’re also looking at long-term strategy,” said the project’s co-founder Pierre Fabre. “We’re targeting the most logical, nearest stars now.”

In fact, according to CNN Money, the Lone Signal gang had even more ambitious goals. Depending on how much interest the project sparks, the company hopes to raise enough money to make a full-scale continuous transmission project. The project would require satellites in each hemisphere and would cost an estimated $100 million.

Sounds expensive. Just how were Lone Signal founders planning to raise the money and how much interest did the project spark?

Unlike other social media networks, which offer free posts, after one initial free tweet, it cost 25 cents to send a message into space in the hope an alien might pick it up. 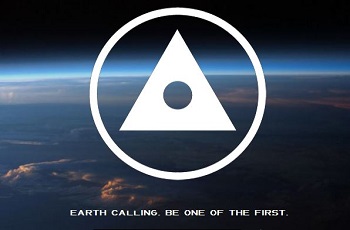 Just in case the aliens at Gliese 526 can’t understand English, Spanish, Russian, Greek or any other language of planet Earth, Lone Signal was even sending a binary code version of every message sent. As the language computers use to communicate contains basic principles of physics, the idea behind the binary code messages is that they are more likely to be understood by an alien.

Did anyone actually willingly depart with 25 cents and send an alien a text message?

Figures about how many messages were beamed to aliens from the Jamesburg Earth Station aren’t available. One of the company’s first messages read:

“Greetings to Gliese 526 from Singularity University. As you receive this, our computers have made us smarter, the better to understand you and the wisdom of the universe…”

Speaking in front of a glamorous crowd of models, businessmen and scientists in New York City to honor the Lone Signal launch, Jason Silva, host of Brain Games on the National Geographic Channel, voiced his excitement of the company’s first sent message, stating:

“This signal, in 19 hours, will go farther than the Voyager spacecraft has in 40 years.”

With all the excitement, glamour and hype, why did Lone Signal meet an abrupt demise? 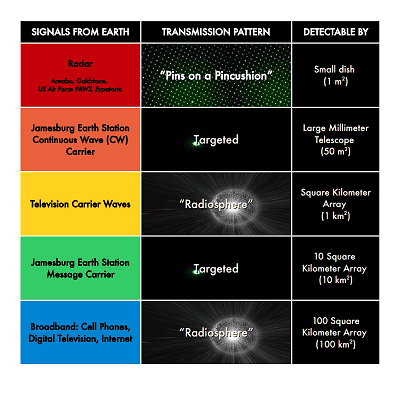 Was Lone Signal a Scam?

With the Lone Signal’s website being well and truly dead, the suggestion that the whole thing was a scam has been mentioned, more than once.

With Twitter now being officially worth more than $18 billion and as of July 2013 Facebook being worth $80.2 billion, it’s hardly surprising cash-driven entrepreneurs are attracted to the prospect of launching their own social networking platforms.

Here at Top Secret Writers we like to highlight projects and individuals that could be involved in scams. In 2013, for example, we published a report about the possibility of Robert Hastings being a scam artist or ufology expert misunderstood.

A project to enable earthlings to beam texts into a place in space that will take 17.6 years to get there on the chance an alien might pick it and become our pen pal sounds like some great game a bunch of kids might make up in their top secret den in the garden. Forgive us for being suspicious but a venture that actually charges people for this space tweeting privilege and then disappears without a trace certainly has the hallmarks of a scam.

What do you think about the Lone Signal project – Total scam or a genuine scientific venture that lacked the funding it required?