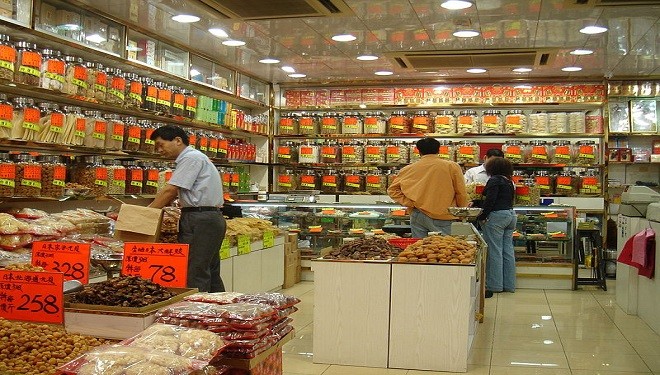 “Traditional Chinese medicine is an odd, dangerous mix of sense and nonsense.” – AEON

China has nearly 5,000 years of history and is proud of that fact. Much of what they believe in is rooted in their past. Confucianism, for instance, guides their culture and is over 2,000 years old. Another thing China has from its antiquity is Traditional Chinese Medicine or TCM. Never one to allow facts to get in the way of making a dollar, Beijing is pushing this “medicine” even though in many cases it has been proven toxic and ineffective. Is this just another dangerous made-in-China product, or a hidden treasure?

Traditional Chinese medicine has enjoyed increasing popularity the world over. Two recent studies, however, show that the treatments can be harmful. Those papers focus attention on the fact that not all of the ingredients in TCM treatments are listed, or even legal and that some can even cause cancer.

Unfortunately there are more hidden dangers in TCM. Not only does it oftentimes rely on subpar and/or sketchy ingredients, but it also relies on Chinese practitioners who have no standardized manner in which to diagnose. This leaves practitioners ample wiggle room should things go wrong.

In addition, there is no proof that TCM works and to what extent the placebo effect takes place during treatment. The reason for this is that TCM is folk medicine which, for the most part, is not based on facts and research as western medicine is. This leads us to the third problem, TCM meds are not tested with the same scrutiny as normal medications are and thus there is little to no empirical proof that TCM works.


Traditional Chinese Medicine, What is It?

From the onset I would like to say that this article discusses TCM and “medicinal herbs” from China only, and does not reflect other forms of non-traditional medicine. In addition, I sought out physicians and chemists from government agencies in China for more insight into TCM.

At its most basic level TCM is a primitive form of pharmacology which relies on anecdotal evidence and not empirical proof of efficacy or usefulness. A TCM “practitioner” uses theory which:

“See(s) the body as … interaction of different elements, processes, and fluids: the elements of fire, water, earth, metal, and wood; the interplay of yin, yang, and ‘qi’ (the life force). Each of these comes with its own correspondences: fire matches the south, red, heat, the heart, and the tongue.” – AEON

Contrary to western doctors who rely on testing to arrive at a diagnosis, TCM practitioners rely on four different methods. They observe and question the patient, smell them and take their pulse and use dialectics to arrive at a conclusion. Their goal is to ascertain where the body imbalances are and rectify them. In order to reach this objective, the practitioner relies on intuition and hand-me-down theories from disparate sources just as doctors did thousands of years ago.

Once a conclusion is reached, patients are told to consume a concoction of specific herbs and return later. The patient then visits a “pharmacy” with everything from beetle husks to fungus and waits for his “order” to be filled.

TCM practitioners say that this type of “medicine” seeks to keep the body in balance. TCM diagnoses the person as a whole and is non-invasive. In addition, they claim that the cures are natural and thus less likely to be addictive and dangerous.

A big difference between Western medicine and TCM is that Western medicine is rooted in and revolutionized by germ theory, anesthesia and sanitation. Prior to this period of enlightenment, doctors had a poor understanding of infection and how to control it. The epoch of “germ theory” was a turning point for medicine. Now doctors had a tool to target and kill the bacteria causing illness. In addition, the study and understanding of diseases bloomed. No longer did Western medicine rely on anecdotes, but focused on empirical evidence to help diagnose and treat illness.

TCM does not use such methodology and part of the reason is rooted in its history. During the time Western medicine was being revolutionized, China was reeling from humiliation at the hands of foreign countries which led to a near neurotic sense of nationalism. Part of the reason they clung to TCM was out of pride. Rather than admit that foreign medicine had made significant advances, the Chinese clung to TCM instead.

During the 20th century, Chinese civil service exams made students prove how Western medicine methods originated from China even though this was untrue. As a result, the issue of TCM has been called divisive and refuting its efficacy an attack on China’s history.

“Would you like some arsenic with that medicine. sir?”

One of biggest problems with TCM is that it is made in China. Due to virtually non-existent laws, corruption and apathy, the Chinese ecosystem is on its last leg. Groundwater is so polluted that it’s unfit for industrial use let alone for drinking. Unfortunately for patients of Chinese medicine, much of what is prescribed to them comes from mother nature.

In China, this means that those herbs, leaves, sprouts, etc., have likely been exposed to serious quantities of arsenic, lead and cadmium, to say nothing of banned pesticides. The impact of this is that much of the TCM one buys is nothing more than a toxic cocktail of impurities and carcinogens which are common in China’s produce.

Around the globe, warnings have been issued about the “dangerously high” levels of mercury and arsenic in herbal medicine from China. Greenpeace also undertook a study with dismal results for TCM. It reported that in a sample of TCM sent to Europe, 90% had three or more types of banned pesticides and half contained pesticides classified as extremely hazardous.

Assuming that one receives TCM which is not tainted by nature, there is still cause for concern. A cottage industry of unscrupulous TCM hustlers are spiking their herbs with adulterants, some of which are dangerous. They also may add a little Viagra with their herbal potion, just to ensure that the consumer “knows” that the medicine is working. In fact, it has been suggested that if TCM works, it is probably due to the adulterants as opposed to any healing properties of the herbs being sold as medicine. The fact that such medicine is spiked with foreign material is worrying indeed.

Due to loose regulations on TCM, such things will go unnoticed and the results could be disastrous. Because no one really knows what is in TCM, people run the risk of consuming drugs they could be allergic to and/or could have harmful side effects with a patient’s prescribed medicine. 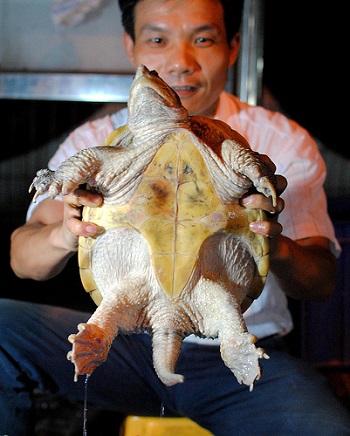 TCM practitioners work in a poorly controlled environment where statistical data does not back up the claims of their practice and medicine. Chairman Mao even called its practitioners “circus entertainers, snake oil salesmen or street hawkers.” But then Mao’s war against the educated is well documented.

Others, however, are equally unconvinced of the efficacy of TCM, calling it dangerous. Stephen Barrett, M.D goes so far as to say that TCM theory and practice have no basis in the body of knowledge related to health and disease. He also maintains that TCM theories are so nebulous that they cannot offer rational care. In contrast to medicine as we know it, TCM practitioners either “take many factors into account when prescribing”, or just wing it, depending on your level of cynicism.

What this means is that practitioners have ample wiggle room in the event something goes wrong. Such was the case when people actually got cancer and suffered from liver failure due to using TCM. In both these cases the “herbalists” dishing out the toxic “remedy” suffered no punishment for ruining the health of two patients. Of course, this is the price one pays for using untested and under/non regulated means of health care.

“Most studies have “failed to find evidence of effec¬tiveness” for this ancient system of diagnosing and curing illnesses.” Dr. Lloyd Oppel, Chair- Council on Health Promotion

At the risk of raising the hackles of TCM practitioners, I must say that the truly sad thing is that there is no substantial proof that this stuff works. Worse yet, proof of its efficacy, which is sketchy at best, even though it has infiltrated recognized medical journals. It seems like these publications, too, are in a rush to befriend China at the expense of their clients.

I have asked Chinese officials about TCM and, off the record, these doctors told me that TCM is good for colds and such, but they prefer Western medicine for serious illness. In fact, they told me that in terms of using TCM for illnesses like cancer, they would only use it as a last resort. Although they could not come out against TCM, they did not give it a ringing endorsement.

It is pretty well documented that TCM does not typically undergo blind testing of any sort, a fact the officials I spoke with admitted. The Chinese drug agency does not do blind testing on TCM for they probably know that the medicine does little good. After all, they are touting TCM as the next best thing, yet they fail to prove it.

They refuse to test this medicine with the same scrutiny that conventional medicine undergoes. When they did try to prove that it worked via scientific means, they failed. Tests purporting to show the efficacy or usefulness of TCM were riddled with inconsistencies which proved nothing more than the fact that TCM does not work. This being the case, why should we buy it?

It would be prudent to consider buying TCM if it worked and or it actually was safe, but neither is the case. The abuse heaped upon China’s land has ensured that products cultivated there should be met with skepticism at least. But then again, there is no proof that the stuff even works, so does that really matter?

Beijing is pushing TCM in order to create jobs and gain face in the eyes of the world. They want a poster boy to show after 5,000 years of existence and TCM is it. By securing rights to TCM and all that it offers, China can sell us one more good. Unfortunately, from the looks of it, TCM is to one’s health what made-in-China dry wall was to our homes.