JenDesjardins view more articles
Facebook 0 Twitter 0 Pinterest 0 Google 0 LinkedIn 0
Most people have experienced a headache in their lives, some more than others. The majority take a couple of aspirin or Tylenol and find relief in an hour or so. Many can functional effectively with just a headache. However, there are millions of people in this world who suffer from what is called a migraine headache, and this is an entirely different beast.

Chances are you may know someone who experiences these debilitating painful episodes, or you may be someone who struggles with these yourself. WebMD reports that there was an American study of 30,000 people who suffered with migraines. Nine out of ten of these people reported that they could not functional at any productive level while experiencing the pain associated with these type of headaches. More than half of the patients in this study actually required bed rest until these episodes ceased.

As you can imagine, more than half of migraine sufferers reach out to their MD for symptom relief. There are two different ways migraines are treated and that is through abortive and preventive.

Abortive goals are to stop the attack once it has began. The preventive goal is to prevent the migraine from the onset. Most people experience signs that they are about to experience an attack before the pain even starts.

According to WebMD, the list of medications that are associated with this treatment are:

With limited and non-satisfying results from traditional treatments for these headaches, the FDA developed a medical device called Cefaly. Cefaly is a preventive device that mimics a headband. Specifically it is a transcutaneous electrical nerve stimulation (TENS) device for use prior to the onset of a migraine episode.

It is only used on patients 18 years or older. It delivers an electric current to the forehead and underlying body tissues, and its goal is to stimulate the trigeminal nerve in the head and face, which has been linked to migraine headaches.

The patient will likely experience a tingling or massaging feeling where the electrode is applied to the area. There have been many different types of studies that conclude that TENS is an effective way to treat pain. There have been a few that are less than supportive.

A study published by Cochrane in 2008, claims that TENS did not have an impact in labor or postoperative pain. Leaving some skeptics wondering if this device is all it is cracked up to be.

With most any new treatment it will have its critics and they will question the safety of this device. An article published in Skeptic North challenges claims and reports that most of the positive findings may actually be a placebo effect.

However, anyone who suffers from the chronic and disabling pain of a migraine may be satisfied with that alone. Many sufferers have attempted other remedies and lifestyle changes with minimal to no relief. Diet, exercise managing stress are all ways to lessen the likelihood of an attack but most people still fall into the pains of these headaches even with the healthiest lifestyle changes. 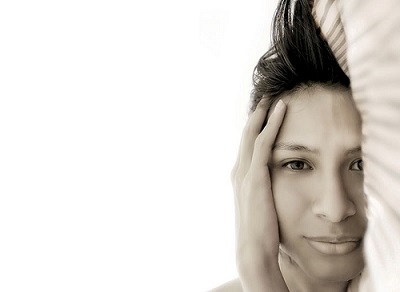 Migraines can also lead to depression, anxiety and isolation. Most people lose work days, are unable to attend special events and become physically ill as a result of migraines.

Anyone who suffers from this should be evaluated and treated by a medical professional. Acupuncture, massage therapy and some even claim that visits to a chiropractors’ office can have a positive effect on lessening the pain.

As for Cefaly, it is safe to recommend that you do your own research on this device and come up with your own conclusions. The FDA has approved many medical drugs or procedures that have not always been the best option in the long run. Do your homework before giving in to the hype.