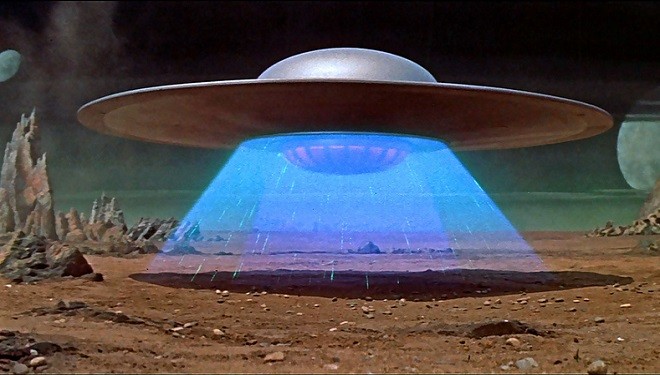 GabriellePickard view more articles
Facebook 0 Twitter 0 Pinterest 0 Google 0 LinkedIn 0
The question whether we are alone in the solar system or not has stepped up a gear in recent years. Governments around the world have felt compelled to release previously classified UFO documents.

Not only have such documents been given a renewed sense of value but UFO departments are also being revived. For example, as we reported in 2013, Peru Air Force decided to reactivate its UFO research department. The revived interest and weightiness of studying extraterrestrial life has been predominantly spawned by an increase in UFO sightings.

It is, however, not just the rising volume of the alleged sightings of unidentified flying objects that is causing people and governments around the world to think twice about the reality of such occurrence. The credibility of the individuals and organizations that claim to have seen UFOs is also influencing the revitalized sense of value being granted towards the hotly debated topic of UFOs.

Once upon a time, those who claimed to have seen a spaceship flying across the sky were perceived as either eccentric scientists or alien-loving loonies who drank too much gin. On the contrary, “credible” organizations and agencies such as NASA are constantly tracking UFO activity, compelling even the UFO skeptics to take a closer look.

In January 2014, a Science Channel documentary was released by NASA. The documentary, titled “Are We Alone?” demonstrated several pretty impressive and difficult to ignore UFO accounts from NASA witnesses.

The documentary talks about NASA’s Viking Mars mission. The mission took place in the 1970s and involved two spacecraft, Viking 1 and Viking 2, being launched within a couple of weeks of one another. The spacecraft took pictures of the Martian surface from which a landing site was chosen. The landers equipped to Viking 1 and Viking 2 landed on Mars. The orbiters continued to take images of the entire planet in, what was considered at the time, high resolution.

The Viking orbiters also conducted infrared thermal mapping and atmospheric water vapor measurements. The mission revealed detail that volcanoes, canyons and lava plains are all present on Mars. In finding evidence of past water movement on the Red Planet, the Viking mission revolutionalized the world’s view of Mars. It stoked debate of whether life on Mars existed at some point in the past.

The documentary explores another scientific expedition which went to the Antarctic to collect samples of meteorites. Due to the solitude of this frozen continent, the meteorites had been kept intact. It was during this expedition scientists discovered a key piece of evidence in the investigation of Mars. The meteorite is known as ALH.

In 1996, NASA presented the piece of rock to the public as a Martian meteorite and as possible fossil evidence of living beings. The meteorite, alongside others that have been collected, triggered an argument over whether or not Mars has born life. The documentary cites David McKay, a geologist at the Johnson Space Center, NASA, stating NASA believes they have found signs of life on Mars through the meteorites they have been studying.

Top Secret Writers wrote in 2012 about the discovery of a meteorite that is believed to contain “ancient, fossilised, microscopic life” created a furor of excitement at the time that life may have existed on Mars. At the time, even President Clinton commented on the magnitude of the discovery.

The astronauts spotted something unexpected and immediately followed NASA’s UFO sighting protocol and took photos of the object as a means of evidence. The strange black, rounded object bore an uncanny resemblance to a mysterious object of the 1950s, known as the Black Knight.

When it was discovered in 1960, the Black Knight satellite was believed to have been of extraterrestrial origin. At the time, Russia accused the US of space espionage, and the U.S. speculated it might be a surveillance satellite of the Russians.

Time Magazine reported in March of 1960 that the Department of Defense had finally identified the object. According to the article:

“…last week the Department of Defense proudly announced that the satellite had been identified. It was a space derelict, the remains of an Air Force Discoverer satellite that had gone astray.”

Of course, by then the story of an “alien satellite” in orbit around the Earth had already hit the UFO circuit, and this little blurb barely made back-page news in Time Magazine. That didn’t stop decades of future Ufologists announcing that a 10,000 year old “mysterious black satellite” continues circling the Earth today.

It also didn’t stop Stanton Friedman from making a fool of himself and of the Science Channel by announcing that there was “no known explanation” for the sighting. 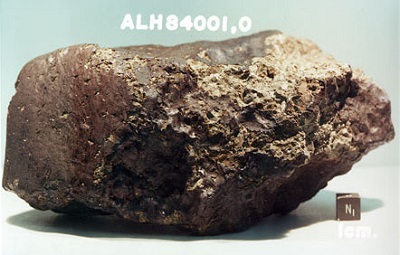 Another of NASA’s Unexplained Files videos recreates a mysterious sighting a NASA astronaut had in orbit. In 2005, astronaut Leroy Chiao, a former commander of the International Space Station, was installing navigation antennas when something unusual caught his eye.

“I saw some lights that seemed to be in line and it was almost like an upside-down check mark, and I saw them fly by and thought it was awfully strange,” Chiao told The Huffington Post.

Chiao’s co-astronaut, Sharipov, failed to see the strange lights because he was facing the other way. Excitement naturally occurred amongst the UFO community but Chiao remains sceptical that what he witnessed was an extraterrestrial spacecraft hovering above Earth. While skeptical, the NASA astronaut doesn’t rule the theory out entirely.

“I’m skeptical of claims that we’ve been visited by aliens from another planet or other dimension, but I don’t rule it out 100 percent. I have an open mind and I do believe there’s other life in another universe.”

A study compiled by the National Geographic Channel in 2012 found that more than a third of people in America believe aliens exist. The study also found more than ten percent of the US population believes they have seen an alien spacecraft in the sky.

The recent release of such compelling evidence to suggest alien-life does exist by credible organizations, institutions and individuals is likely to have taken the wide-spawning US belief that extraterrestrial life exists to even greater levels. What do you think, are we alone or not?