The Funny Side of Science the IG Nobel Prize 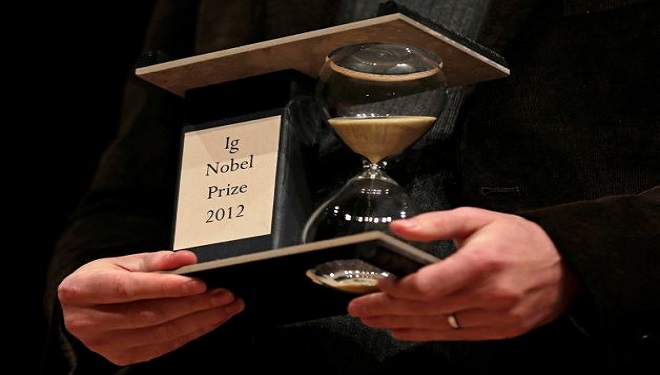 The Ig Nobel Prizes are designed to honor achievements that “make people laugh, and then make them think”. The winners attend the ceremony that’s held at Harvard University’s Sanders Theatre. Later, they give public lectures that are held free to the public at MIT (Massachusetts Institute of Technology).

Why would a group of serious-minded researchers go to so much trouble for a spoof? They state that besides making people laugh and think, they “hope to spur people’s curiosity, and to raise the question: How do you decide what’s important and what’s not, and what’s real and what’s not — in science and everywhere else?”

The self-effacing poking fun at science is a unique way to garner more attention for science. While the 1.5 hour ceremony is wrought with cheesy innuendos and outright corny dialogue and skits, it’s done so intentionally.

It demonstrates that scientists are human, too, and can have a good time in their own way. There are clearly instances that it helps to be a scientist or a science student with the scientific mind to fully appreciate some of the jokes. The 2013 theme was “FORCE” and became the “cheering” catch phrase throughout the ceremony, evoking loud responses from the audience each time the word was used.

The ceremony began with a “Paper Airplane Throwing Deluge” for 30 seconds. The audience threw colored paper airplanes at a human bullseye, completely littering the stage. There was a half-effort to sweep the debris from the stage but it only inspired a couple of weak sweeps of the brooms, leaving the stage littered with the paper airplanes throughout the ceremony.

The opening “Welcome, Welcome” speech consisted of that one word repeated twice. As was the “Goodbye, Goodbye” speech at the closing of the ceremony. The brevity of the acceptance speeches was also admirable.

If one of the recipients of the award became long-winded, then 8-year-old “Miss Sweetie Poo” marched across the stage and stood beside the podium shouting the phrase, “I’m Booorrred. Please Stop!” Over and over until the speaker finally relented and was escorted off stage.

Human spotlights stood on stage, painted in silver and held silver flashlights on the participants and award winners. In addition, there were human curtain rods that held the blue curtains where winners emerged onto the stage to receive their awards.

An opera was performed interspersed between the awards. The opera told the story of a couple that patented a birthing centrifugal “force” birthing machine. Inspired by the way pregnant elephants sway, the couple created the machine to spin a human mother around at 60 mph to “force” the child through the birth canal into a catch net. The idea was to help mothers achieve a faster and more effective birthing process.

The stage was set with four actual Nobel Prize winners who shook hands with the Ig winners.

–> Sheet of paper with a handwritten note that they’d won the Ig Nobel Prize, signed by several Nobel Prize Laureates

–> Shadowbox style framed hammer with a placard above it that read, “In case of emergency break glass with hammer.”

The participating Nobel Prize Laureates were:

Mid-point through the ceremony, another Paper Airplane Throwing Deluge was held. Toward the end, the winner of the Win-a-Date with a Nobel Prize Laureate was revealed through the audience looking on their programs for a hidden photo.

The ten winners were announced one by one. A few were further honored by a demonstration of their experiment. All in all, everyone seemed to have a lot of fun either participating or watching the spoof ceremony. 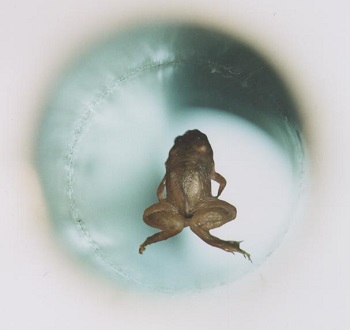 Five of the ten 2013 winners included:

Joint Prize in Biology and Astronomy

Title of research paper was “Dung Beetles Use the Milky Way for Orientation”.

Awarded for “discovering that when dung beetles get lost, they can navigate their way home by looking at the Milky Way”.

Title of research paper was “Humans Running in Place on Water at Simulated Reduced Gravity”.

Awarded for “discovering that some people would be physically capable of running across the surface of a pond — if those people and that pond were on the moon”.

Title of research paper was “Are Cows More Likely to Lie Down the Longer They Stand?”

Awarded for “making two related discoveries: First, that the longer a cow has been lying down, the more likely that cow will soon stand up; and Second, that once a cow stands up, you cannot easily predict how soon that cow will lie down again”.

Title of research paper was “Surgical Management of an Epidemic of Penile Amputations in Siam”.

Awarded for medical “techniques which they recommend, except in cases where the amputated penis had been partially eaten by a duck”.

A Spoof of Merit

While the award ceremony is meant to be a spoof of the real Nobel Peace Prizes, the message conveyed is one of discovery and the many subjects that scientists research. It can inspire and make people think about the limitless possibilities when it comes to discovering the world and the universe we live in. And, if that is what happens, then the Ig Nobel Prizes are successful in fulfilling their mission.