US Government Tried to Cover Up Run and Hide Directive 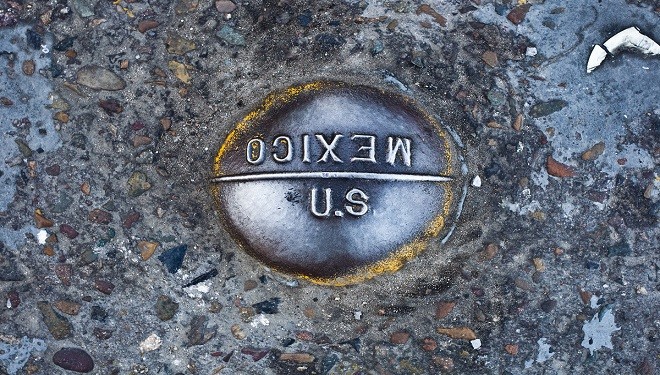 GabriellePickard view more articles
Facebook 0 Twitter 0 Pinterest 0 Google 0 LinkedIn 0
It has been revealed that top US Border Patrol officials ordered policy changes that banned agents from firing on fleeing vehicles. The policy amendments also order officers to run away when illegal immigrants hurl rocks at the officers. More then 21,000 border patrol officers were also directed to keep their weapons holstered when drug smugglers drive by.

According to the Daily Caller, the policy changes were published on the official Department of Homeland Security website in the US Customs and Border Protection section. The directive was issued on March 7, 2014 in the name of Michael Fisher, chief of US Border Patrol.

“Agents should not discharge firearms in response to thrown or hurled projectiles… agents should obtain a tactical advantage in these situations, such as seeking cover or distancing themselves,” wrote the Border Patrol chief.

The operative word here is the policy changes were published on the CPA website. The original content has since been removed, but was reported by multiple news sources before it was taken down.

Could it be that the “run and hide” directive was removed by the agency when alternative media ran the story?


Why Cover Up the Directive?

The Daily Caller ran the story on March 8, 2014. The article received a phenomenal response. It was shared 14,000 times on Facebook and had almost 600 tweets. It also generated more than 600 comments. Many of the readers’ comments were sneering comparisons of the US Border Patrol’s “weaknesses” and Russia.

“No wonder Putin of Russia laughs at Obama and his democrats. We can’t even defend ourselves on our own borders,” wrote one bemused reader.

“Yep. Go try to sneak into Russia illegally and see what happens. Russian border guards would not be punished for NOT shooting you,” wrote another.

With such mocking derision when the story reached the media, it’s no wonder the government hastily tried to cover up the directive by removing it from the website.

Top Secret Writers managed to pull a cached copy from Google, enabling us to explore the run and hide directive in greater detail. With a subject titled “Use of Safe Tactics and Techniques”, the memorandum begins by highlighting the dangerous situations border patrol officers encounter. According to Michael Fisher’s memo:

“Since 2007 there have been over 6,000 assaults against Border Patrol agents resulting in numerous injuries to our agents and the tragic death of three agents.”

The note goes on to state, since 2010, agents have been assaulted with rocks, 1,713 times. In some situations, agents have responded by using deadly force 43 times, which has resulted in the death of ten individuals.

The new rules would mean agents were not allowed to step in front of a moving vehicle nor use their bodies to block them in order to open fire at drivers. The changes also barred officers from shooting at fleeing vehicles.

It has been suggested that the changes are a knee-jerk response, in part, to far-flung complaints made by immigrant advocates. Immigrant supporter groups have complained that border agents have used deadly force unnecessarily. The LA Times stated that border control agents had deliberately stood in front of vehicles apparently as a means to justify opening fire.

The Police Executive Research Forum, a non-profit and policy organization, concluded officers had merely fired in frustration when people threw rocks from across the Mexican border. These revelations caused the Homeland Security Secretary, Jeh Johnson, to order the Border Patrol to reconsider its policy.

In a statement to the press, Johnson said the new guidelines would reduce deadly force conditions while ensuring the safety of border patrol agents as well as safety of the public.

Johnson had also ordered the Border Patrol to release use-of-force policies for the department as a whole. As the LA Times states, this was the first time the department has made the documents public.

Again this begs the question – If Johnson ordered Homeland Security to release the new rules to the public, why were they hastily removed?

Was There a Cover-up?

The wave of negative and derogatory comments the “run and hide” directive created certainly wouldn’t do the US government any favors in the battle to be in control of their borders.

Given the hostility that has recently broken out on the Ukrainian border, such scorn and derision couldn’t come at a worse time for the US, which is demanding Russia “de-escalate the situation.”

Perhaps it is through fear of looking weak or indecisive at a time when the need for sovereignty and territorial integrity is at an all time high that the US government tried to cover up its run and hide Border Patrol policy.