Why Is Health Care Billing So Corrupt In The US? 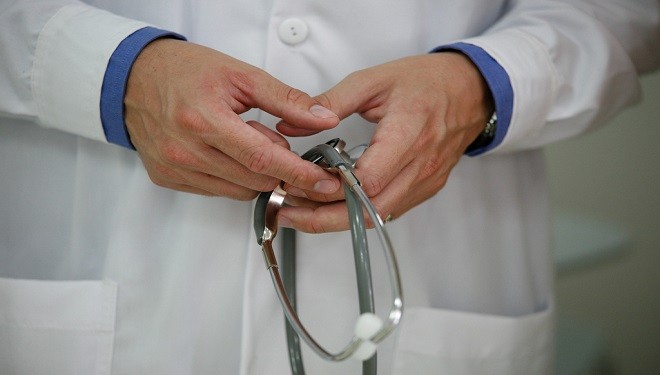 JenDesjardins view more articles
Facebook 0 Twitter 0 Pinterest 0 Google 0 LinkedIn 0
Healthcare, prestige and politics, one would think that these three words would not ever share the same sentence. After all, basic health care should preserve the sanctity of a human life, provide treatment to a young mother suffering from cancer or assist in saving the life of a 60-year-old heart attack victim. Isn’t this a basic human right?

Apparently not. America, one of the most if not the most influential and powerful country in the world has now more than ever been under fire for the billion dollar profits and high salary’s being dished out to insurance companies as well as medical doctors.

Medical doctors – those highly educated people in white jacket sworn to “do not harm” to their patients. In a country where drug reps/salesman wine and dine prescribing medical providers into using their drug companies. We can’t even go into a medical office without seeing a clock on the wall with the designer drug being advertised on it or sign the usual consent for treatment form without using a pen in the office with the medical drug “Zoloft” written across it, for example.

America is known for being a pill factory and scoffs at the idea of natural medicines. Why? I don’t know of many medical providers who push “natural remedies” driving around in a Porsche or owning a yacht.

According to a recent analysis by the Kaiser Family Foundation, there are roughly five million uninsured adults in the United States. With more and more cut backs on Medicaid, and private insurance now becoming something that only the privileged can afford, it is no wonder most people have zero faith in the health care system.

Now we have another serious problem, profit making off of sick people. Everything in America has a price tag and unfortunately it may even be your health or lack of. And guess who may be profiting? Yes, your own doctor or the hospital employing him or her.

Drug company’s all over the world are making ridiculous profits on the drugs they are developing. Of course, we understand it is a business; however, how far will some company’s go to make that extra million dollars? Cutting checks to medical providers who prescribe their medications may be something we have all heard of but when does it cross the line to becoming medical fraud?

How often does this type of practice take place in a medical setting? Not to mention the process of billing for many medical procedures. How many of us actually receive or investigate what our medical insurance is actually being billed for and what they are paying out for our care? Does this occur?

The Department of Justice recently got involved in a legal matter that claimed false billing for medical claims and physicians inappropriately prescribing medications.

“The Department of Justice is committed to ensuring that pharmaceutical manufacturers who make payments to doctors to influence prescribing decisions are held accountable,” said Assistant Attorney General for the Justice Department’s Civil Division Stuart F. Delery. “Schemes such as the one alleged in this case undermine the health care system and take advantage of vulnerable patients.” – Justice.gov

According to the above referenced report from the Department of Justice, “Pharmaceutical manufacturer Teva Pharmaceuticals USA Inc. and a subsidiary, IVAX LLC, have agreed to pay the government and the state of Illinois $27.6 million for allegedly violating the False Claims Act by making payments to induce prescriptions of an anti-psychotic drug for Medicare and Medicaid beneficiaries.”

In this investigation there was an overwhelming amount of evidence supporting the accusation that there was a misuse of funds to cover high priced motel rooms and expensive dinners to medical providers more than willing to prescribe this medication.

There have been many more of these types of occurrences in the United States involving other states. Accusations of medical insurances distributing bonuses to M.D.s for not prescribing or ordering needed tests on patients, middle class uninsured people being refused proper medical treatment because of lack of healthcare to cover the costs, the theory of the megabucks healthcare sector having ties to the food making industry to continue to promote unhealthy foods, natural vitamins or healing properties being banned or seriously scrutinized by the FDA and other theories’ that have some people convinced that America has some serious corruption going on behind closed doors.

If any country could afford to properly care for the basic medical needs of its people, it should be us. Sadly, the ugly truth is actually the complete opposite. We may never know exactly what goes on behind the doors we will never peak in, but it certainly is worth considering the next time you accept a prescription from a doctor.