SallyPainter view more articles
Facebook 0 Twitter 0 Pinterest 0 Google 0 LinkedIn 0
It took three years, but finally the new farm bill (Agricultural Act of 2014) was passed and is being touted as a “historic win” for the organic industry.

President Obama signed the bill on February 7, 2014. The bill replaces the 2008 farm bill extension that had defunded valuable programs, such as marketing, research, certification, data-collection and cost-share that helped organic farmers become more productive and develop better marketing techniques. Thanks to the new bill, those programs will be reinstated and additional new ones implemented.

It was only a year ago that organic farmers felt as though the rug had been pulled out from under them when Congress couldn’t agree on a new farm bill and simply extended the 2008 farm bill.

Most Organic growers are breathing a sigh of relief with the passing of the new farm bill and look forward to improvements over the next five years.

One modification written into the new farm bill impacts the Food Safety Modernization Act (FSMA) that created produce safety rules that most organic industry professionals complained would put an end to organics and small farmers.

According to Food Safety News the new farm bill modified the Benishek Amendment.

The Benishek Amendment would have prevented the FDA from enforcing FMSA regulations until additional scientific studies and cost versus benefit analyses were completed. The modified amendment only requires the analysis be released with the final rule, allowing the FDA to enforce FMSA.

The King Amendment that would forbid states from imposing higher standards on foods from other states was eliminated.

The new farm bill will assist organic and other farms, but, will it offer farmers the financial aid needed to satisfy some of the expensive mandates set by the FSMA? While the government is giving money to what’s considered the step-child of US agriculture, when compared to the vast amounts of money given to agriculture chemical research, it’s a drop in a very large bucket. 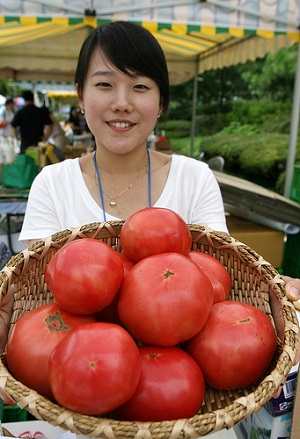 What the New Farm Bill Means for Organic Growers

Some of the programs the new farm bill provides to organic growers will give access to grants and loans. Other programs support conservation and offer funding for organic research and education. And other programs are designed to address pest emergencies.

Research projects that address some of the critical issues facing organic growers can now be funded. These issues reach beyond growing challenges, but also will aid growers in marketing their produce.

Some of the provision highlights include:

— Organic crop insurance: Expanded options include compensation based on organic price instead of conventional crops. Organic pricing is typically more than conventional.

— Exemptions Expanded: All certified organic production is exempt from commodity assessment fees. Fees must be used to market and promote crops. In the past, the fee monies didn’t necessarily go to marketing and research. 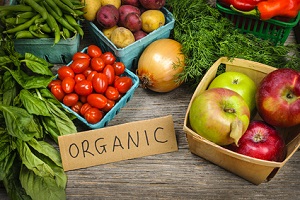 In an April 3, 2014 news release from the USDA (United States Department of Agriculture), Agriculture Secretary Tom Vilsack announced the progress made during the first eight week of enactment of the 2014 Farm Bill that “reduces the deficit, and helps grow the economy”.

The Bill includes “12 titles and over 450 provisions”. The Farm Bill is responsible for implementing and moving programs forward as well as overseeing aspects of the food supply chain. This includes “food, farm, conservation, trade, research, energy policies and more”.

Implementing such a large piece of legislation within the mandated timeline requires a coordinated effort across all areas of the U.S. Department of Agriculture. As soon as the Bill was enacted, the USDA formed a Farm Bill Implementation Team whose mission was to establish new programs and reform existing programs to comply with the new law.

In addition, a new website was created that provides individuals with details of the Farm Bill implementations. Also, the Economic Research Service created its own website featuring the “economic implications” of the new programs and changes.

The new farm bill offers a glimmer of hope for an industry being gobbled up by large corporate farms that use chemicals in food production with many also growing GMO crops. So, what can the average person do to ensure organic and small farms survive?

It’s simple – buy locally grown food whenever possible. Organic farms can only survive if they are supported by local buyers.