WC view more articles
Facebook 0 Twitter 0 Pinterest 0 Google 0 LinkedIn 0
Overnight Wellesley faculty claimed that they backed PKU in firing Xia. Poor performance was one stated reason. They said that Mr.Xia was in the wrong and not PKU.Perhaps Wellesley pulled a “PKU” and told their staff that they would be purged if they continued to fight for the Chinese professor. No matter what transpired, the Wellesley faculty flip-flopped, Citing claims that Xia was not let go due to his political machinations but due to his poor teaching record; they abandoned the cause.What happened at Wellesley? Were the faculty told that if they did not follow Beijing that visas for their professors would be cancelled? Were they told that grants from Beijing would be given if Wellesley played ball and backed the communist party decision?

Whatever the reason, it appears that Wellesley sold out their morals to Beijing. Clinging onto the olive branch offered them, Wellesley abandoned their ideals and supported injustice. Even some of those faculty who were on the forefront of calling for a boycott of PKU caved in. Pointing to non existent or questionable evidence they threw Xia under the bus, abandoning him when they could have taken a stand. Rather than tell the truth about the communist party and forcing change, Wellesley kept mum, allowing the Beijing lie to continue.

The case at Wellesley is merely proof of how Beijing is now strong-arming American businesses, officials and universities. In fear of retribution, we dare not cross communist China.

The universities sell us out because they are greedy. Either they truly do not understand the brutality of Beijing’s dictatorial regime, or they just don’t care. Their goal is to create tie-ups with Chinese universities, thereby increasing their market share. For their efforts, they are rewarded by smiling Chinese faces willing to dish out $50,000 per year or more for tuition. It is no wonder they refuse to call a spade a spade. But what about the rest of us? Can we too be so blind?

Communist China has not gotten the bad ink it deserves. Sure, papers are filled with feel good stories like how fast China is growing and views of incredible skylines. Unfortunately, much of the media looks at the window dressing but does not pursue the hard questions. As a result, much of the brutality that enabled this growth is hidden from view.

For example, in order to make the Olympics acceptable to the rest of the world, Chinese people had their land taken, were beaten, tortured, sent off to other parts of China and even died. While we marveled at the China miracle, we did not want to see the broken bones, families torn and corpses lying beneath the most expensive Olympics ever hosted.

This is merely a recent example of China’s repression. Most of us, however, are unaware of these ugly truths, let alone the disturbing manner in which the communist party leads China.

For instance, how many people know that Deng Xiao Ping, the “father of China’s opening up”, was the same guy who called the tanks to Tienanmen in 1989? The massacre he set in motion did more to defeat democracy in China than any single act over the past 39 years. By surrounding Beijing with tanks and then calling on them to fire on innocent protesters, Deng Xiao Ping did nearly as much as Mao to silence the people of China.

Speaking of Mao, what are we told about him? Do we realize that the government he set up was the most homicidal government known to mankind? Under the leadership of the Great Chairman, more Chinese died than under all other Emperors in China’s millennial long history combined. As a matter of fact, Stalin and even Hitler’s body counts pale in comparison. Mao engineered the greatest mass murder the world has ever seen.

Sadly enough, the government Mao set up still survives to this day. Of course, they no longer roll tanks into Tienanmen and slaughter civilians; they don’t have to. Back in ’89, hundreds of thousands of Chinese had the right to congregate at Tienanmen and discuss a better future. At that time, not only could Chinese gather and protest, but they also discussed the merits of democracy. That was then and this is now.

Under the new leadership, China is cracking down on all forms of independent expression. Nowadays, Chinese do not even have the right to gather en mass in public places. In violation of the Chinese “constitution”, more than 20 Chinese cannot gather without permission from the government. And as for a democracy wall, forget it, because Beijing has declared democracy a no fly zone and those broaching the subject are detained, disappear or are destroyed. Secretary General of the communist party, Xi Jinping, has no tolerance for discussing democracy, the rule of law and governmental transparency. Anyone broaching such things is jailed or worse. 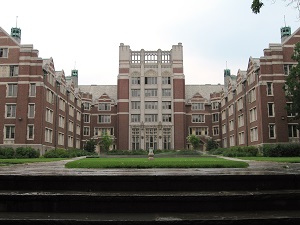 The Faculty at Universities

As a result, Chinese universities have been told they must toe the party line and seven subjects cannot be discussed, democracy, universal human rights and rule of law being three of them. Professor Xia dared discuss such things.

Of course, this is all well and good for universities in China. As I said in the part one of this article, the communists are in charge and can do what they want, in China at least. What is worrisome is when their muzzle on freedom hits our campuses.

Universities such as Wellesley believe coddling, or at least not alienating a dictatorial regime, is prudent. After all, they just want cash. But why would university professors go along with the deception? Do they truly believe that Beijing fired this guy for being a bad professor? Does this make sense in light of the facts?

If you are faculty at Wellesley they apparently do. One Wellesley professor, who comes from China, said that anyone defending Xia simply does not understand China. I guess that understanding China means to follow communist diktats instead of open discussion. I suppose “understanding China” also means not offending Beijing. Aside from this, it includes obeying the communist dialogue. And, in the event that anyone offends the motherland or even hints at the usefulness of democracy, they must be burned at the faculty stake. After all, that is what happened to Professor Xia.

Funny that a professor from China who is teaching in the USA is defending tyrannical communist behavior over such “non-essentials” as freedom of speech and opinion. Perhaps this person really believes what he said. I have met many Chinese who feel the same way, fortunately for me, I paid none to teach me.

As for the other members of the Wellesley faculty, one has to wonder what is driving their actions. One member had this to say, “Academic freedom a western value not to be imposed on China.”

This makes no sense as Wellesley is an American University. Sure the faculty member can question our forcing change in China. If that is his belief, however, then he should feel the same about China forcing change here. After all, 140 faculty members of an American college signed a letter demanding that their university take action. They did not demand that China change, but rather demanded their college not partner with a school with questionable ethics. The actions of that university forced an American college to compromise its ethics. 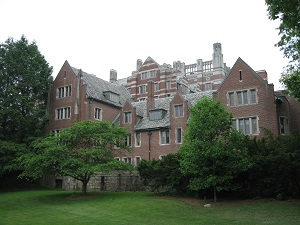 Just What is Wellesley’s Motto?

“Not to be ministered unto but to minister,” – Wellesley motto

Perhaps we should follow the Wellesley motto better than they did. In their inaction, they said we should not question the machinations of Beijing and merely accept them. Once again we should close our eyes to the reality that the Chinese live under. We should not write about the millions of forced abortions and how the communist party sends out hit squads to sterilize entire villages. Perhaps the right to life is also not a value to be imposed on China. And while we are at it, who needs freedom of religion and dissenters? Such rabble rousers are little more than an impediment to the continuance of the communist party in China.

What Beijing would like nothing more is for us all to remain mum just as we did in the 1930s. We should close our eyes to the oppression, embrace deceit and coddle tyrants across the globe.

Instead of checking Beijing for kicking our journalists out of their country and demanding their cyber war cease, we pull a “Wellesley” and shut our mouths. We shrug it off and trundle off to Wal-Mart and fill our carts with things we don’t need. We invest in companies which work for Beijing and essentially are building the coffers of the county which considers us their primary threat – the country that has essentially reconciled itself to the fact that a war with the USA is inevitable.

China’s rise is a far cry from a peaceful one, and the louder our silence the more harm we allow to occur. While it may not be popular to tell the truth about China, it makes sense. By remaining silent, we protect the communist party, allowing them to ruin the lives of many. By speaking the truth, we put them on notice. We let Beijing know that they are accountable for their actions and the world is watching. Unfortunately for us all, Wellesley didn’t get the message.