WC view more articles
Facebook 0 Twitter 0 Pinterest 0 Google 0 LinkedIn 0
American institutions of higher learning are selling us out to China. Rather than pursue excellence in academia and the truth, they kowtow to the whims of the communist party, lest they lose funds, or worse yet, access to millions of Chinese students.

The long hand of Beijing has struck out against American universities and professors alike. In China, the communist party demands strict adherence to its whims. Academics must muzzle themselves from telling the truth lest they be kicked out or arrested. It is forbidden to teach about topics such as universal human rights, power of democracy, or even question the issue of Tibet, Taiwan and East Turkestan/Xinjiang. Now it would appear that they are exerting the same control of us in the USA.

American universities of all sizes and pedigree have been helping China spread its propaganda to college students through Chinese-government-funded programs known as Confucius Institutes (CIs). Since 2004, China has funded CIs around the world, including at prestigious private schools like Stanford and the University of Chicago and at public colleges like San Diego State, the University of Nebraska-Lincoln and Middle Tennessee State.” – AllGov.com


Universities Sell Out to Communist China?

I am not talking about Confucius Institutes set up by the communist party at American universities, but something more insidious.

I am referring to instances where American universities knowingly side with the communist party in Beijing in order to keep the China money spigot flowing. Case in point, Wellesley College.

While Wellesley President Diana Chapman Walsh describes Wellesley’s mission as pursuing “trustworthy leadership”, which is “integral to the Wellesley experience”, I have my doubts.

Unless Ms. Chapman’s definition of leadership is to allow a foreign government to determine Wellesley policy, it seems her school does not practice what it preaches.

Why else would she and her college bail out on a Chinese professor whom had lectured at their college?

Wellesley Sells Out to China?

“Academic institutions that have relationships with China are easily corrupted by such relationships, either through the development of the generalized cowardice of self-censorship or the with active complicity of various interests in a regime that is at war with the mind.” – Thomas Cushman

The Chinese wield the power of the dollar as they withhold funds from American universities should they even deign to discuss the Dali Lama, his country, or anything exposing the illegitimacy of the ruling communist party. While it makes sense that that communists can run roughshod over their own, it is disheartening to see that the same thing is happening in our country.

Case in point is how Wellesey College apparently caved in to the demands of Beijing. It is reported that Wellesley had a conflict of interest; they could placate the communist party in Beijing or promote freedom of speech and academic integrity, and unfortunately they chose the former.

What happened was that Wellesy had signed an agreement with Peking University (PKU) to exchange both professors and students. As PKU has very strong ties to the communist party, Wellesey was thrilled. Not only would they be able to crack the Chinese martket, but they would ostensibly be looked upon favorably by Beijing, as long as they played the game, that is. 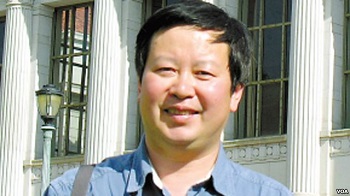 China quickly showed how they have no compunction against making demands on American universities, however. The reason is that one of the Chinese professors invited to the USA was Xia Yeliang, one of the original drafters of Charter Eight – which discussed democracy in China. During his visit, Mr. Xia was told by Beijing to toe the party line. Apparently Mr. Xia did not play ball and it became obvious he would be fired the following semester.

Word got out that Mr. Xia would be fired for his actions and the staff of Wellesy was upset. They did not like the idea of the party strong arming a professor for voicing his opinions, so they took action.

Initially 140 Wellesy faculty members signed an open letter to PKU stating that if Xia were to be fired, Wellesey would reconsider their partnership with PKU. They reasoned that, in the interest of academic freedom, Xia should not be punished. After all, he had only criticized Beijing. They reasoned that if PKU did not embrace freedom of thought and speech, then a partnership with Wellesey would be impossible.

Here is how Wellesley initially replied to the incident:

“We don’t want a partnership with a university if it’s purging faculty members,” said Thomas Cushman, a professor of sociology at Wellesley who this past summer organized a petition in Mr. Xia’s defense that more than 140 Wellesley professors signed.” – Chronicle 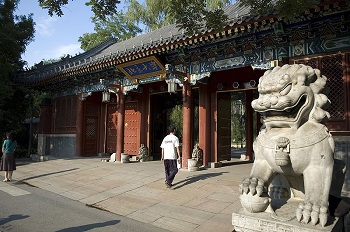 Speaking Out Against the Party

By not playing ball Professor Xia had the “audacity” to speak out against the communist party and voice his opinions on democracy. Due to PKU’s ties to the communists, Xia had to be punished for having an opinion. For his indiscretion he was put on notice that his actions were out of line and speaking out against the Chinese government was unacceptable. PKU documented this fact and told him that the communist party was above reproach and to curtail his speech. Mr. Xia, did not do so, however.

Beijing became enraged. How could a professor at one of China’s best universities and a darling of the party speak out against his handlers? In a word, he could not. The good professor had to be taught a lesson. He was then fired.

For an unknown reason, Wellesy suddenly changed tack. After he’d left, he had their full support. There was no proof from either PKU, nor their experience with the man, that he was anything but a good teacher. Why else did they sign a letter to PKU stating the same?