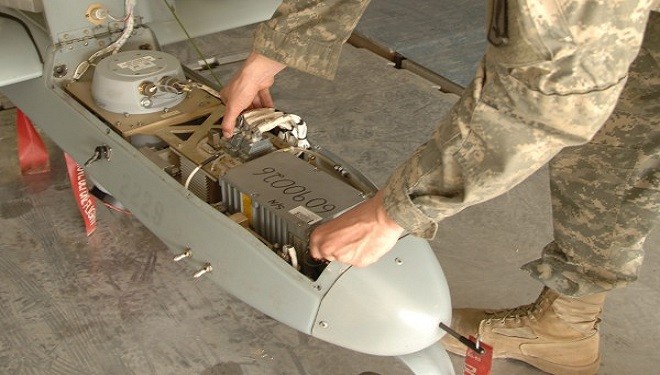 Dennis view more articles
Facebook 0 Twitter 0 Pinterest 0 Google 0 LinkedIn 0
Drone – Immediately the word conjures up images of the unmanned aerial vehicles used in combat that have been responsible for a number of deaths in war-torn areas. Such attacks have risen from just one attack in 2004 to 26 attacks throughout 2013.

However, drones are not only used for killing. There are several types of drones, which include:

Not long ago, the FAA has even approved the testing of commercial drones on U.S. soil. However, one of the more interesting uses for drones could be their ability to provide long-range, high-bandwidth communications to troops stationed in remote locations.

The idea to use drones in this manner is a result of DARPA’s Mobile HotSpot program. Headed up by Dr. Richard Ridgway, the program’s mission is:

“The program envisions air, mobile and fixed assets, most of which are organic to the deployed unit, that provide a gigabit-per-second tactical millimeter-wave backbone network extending to the lowest-echelon warfighters.”

DARPA contends that not all deployed units have access to such communications due to various limitations and the overall needs of missions’ priorities. However, if this research is successful, the allocation of gigabit-per-second communication capabilities could become standard issue to all units deployed, not just the ones deemed as “high priority”.


How Deployed Troops Can Use These HotSpots

The goal of the Mobile HotSpot program is to design and build a mobile millimeter-wave communications network that can be scaled up or down as needed by the deployed unit. Once such a network is achieved, DARPA will concentrate on mounting the system on a UAV to be deployed to troops in remote areas.

If successful, the UAVs with these mobile hotspots will be able to supply the supported troops with much needed intelligence, surveillance, and reconnaissance data; better known as ISR data. Even though this appears to be a fairly complex task, DARPA feels it is making great strides in its research.

Recently, the agency announced that it was seeing some success in key research that was rolled out in several phrases. Phase one included the creation of a more efficient and robust network. The network research lead DARPA to create better millimeter-wave antennas that can find, keep, and maintain a communication signal between moving platforms.

They were also able to make strides in the area of amplifiers, which not only lead to more robust amplifiers, but amplifiers that can better boost a signal without unwanted noise. Phase one also resulted in the creation of a small, lightweight housing unit for the network equipment that can be mounted to the UAV easily and quickly.

Taking Care of Our Troops

“These successes—and the novel networking approaches needed to maintain these high-capacity links—are key to providing forward deployed units with the same high-capacity connectivity we all enjoy over our 4G cell-phone networks.”

The fact that some deployed units facing combat must go without a technology that we all take for granted borders on the appalling.

However, if the Mobile HotSpot program is successful, a lack of communication in the field in remote areas will become a thing of the past.