“With the innovation of drones, we crossed into a new frontier: killing that’s risk-free, remote, and detached from human cues,” said John Sifton, advocacy director for Asia at Human Rights Watch.

Top Secret Writers has been closely following the advances in technology and increased use of unmanned aerial vehicles both domestically and around the world.

In April 2013, we reported about counter-surveillance advocates wearing anti-drone hoodies in an aim to combat the increasingly widespread government use of unmanned surveillance drones. Therefore, when news emerged of the Dutch authorities now being allowed to film citizens using drones, we felt compelled to inform our readers.

The Dutch parliament recently voted in favor of legislation that will allow drone surveillance on the public. Almost all political parties in the Netherlands voted in favour of deploying camera surveillance. The newly passed law was an amendment of the Municipal Act. According to the House of Representatives on the Dutch parliament website, the recent amendments to the Municipal Act were related to the “extension of mayor to the deployment of camera”.


Domestic Use of Drones

The problem with the existing law relating to camera surveillance, according to the amendment, is that in order to allow law enforcement agencies to be able to intervene if persistent disturbances occurred in neighborhoods, camera surveillance needed to be extended.

The recent amendment essentially means that municipalities in the Netherlands will be able to use cameras, including drones, to watch residents. When the changes to the legislation come into force in the near future, the decision of what form of camera surveillance is used is up to the mayor of each city. These cameras could be fixed, vehicle-mounted or airborne.

In a statement about the newly passed amendment to surveillance in the Netherlands, the Dutch authorities said:

Attempts to defend its aggressive new surveillance tactics have fallen on many a deaf ear in the Netherlands. Justifiably predictable, the announcement that Dutch authorities have voted in favor of using drones to monitor citizens immediately sparked privacy concerns. 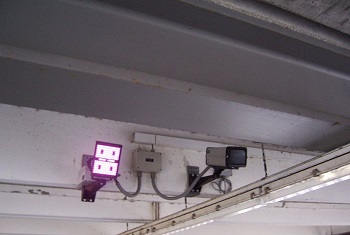 Similar concerns are surfacing in the Netherlands as the new legislation does not make a defined distinction between the use of drones and the use of mobile cameras. It has been disclosed that head-mounted cameras, which are currently used by Dutch police, can be used to prevent public disorder and drones cannot be used in these circumstances.

The new legislation rather hazily states drones can be used in situations where a threat to public safety is clear. The types of areas in which the drones can be flown has also not been disclosed.

Perhaps the biggest concerns about drone privacy in the Netherlands is related to the possibility that these surveillance drones will be attached with facial recognition technology. A recent document published by the Dutch parliament revealed that the government could not make promises that it won’t equip drones with this type of technology.

In 2013, the Netherlands’ Ministry of Defence bought the Scan Eagle. The Scan Eagle was built by Insitu, a subsidiary of Boeing. It is a small, long-endurance and low cost unmanned aerial vehicle (UAV).

In the document, Opstelten, the Dutch Safety and Justice Minister, remained unwilling to dismiss the idea of equipping drones with facial recognition technology.

Concerns Over Misuse of Technology

The use of unmanned drones which nimbly and silently monitor the actions of law-abiding citizens is naturally going to cause resentment.

Such aggressive domestic spy tactics begs the question: When and where is our “big brother” culture going to stop?