GabriellePickard view more articles
Facebook 0 Twitter 0 Pinterest 0 Google 0 LinkedIn 0
In 1987 Jonathan Pollard, a US intelligence agent, was jailed for life for passing thousands of classified documents to Israel. In a bid to save the Middle East peace process, the US may consider releasing Pollard.In the mid-1980s, Pollard was working as a military intelligence analyst for the Navy. He became convinced America was not doing enough for Israel. As a result of his suspicions, Pollard began smuggling top secret documents out of the Naval Intelligence Center and handing them to Israeli contacts. In 1985, the FBI finally caught up with Pollard as he was trying to seek asylum at the Israeli embassy. He had been spying for 18 months.

An Israeli official involved in the talks told CNN the former US intelligence agent could be released before the Jewish holiday of Passover. With passover starting on April 14 and claims for deals for Pollard’s release floating around for years, we ask, what is the likelihood of Pollard actually being released?

The most recent Pollard release talks began when the US Secretary of State John Kerry traveled to Israel in an attempt to mediate a dispute between Israel and the Palestinians about the release of Palestinian prisoners. Kerry had two meetings with Israeli Prime Minister Benhamin Netanyahu, as well as a discussion with chief Palestinian negotiator, Saeb Erekat.

In a statement, Kerry said that no agreement had been reached involving prisoners, including Pollard. Kerry continued that with regard to releasing prisoners, the Cabinet in Israel has to vote and he is not sure when this might take place.

“It is difficult, it is emotional, it requires huge decisions, some of them with great political difficulty. We are continuing, even now… to find the best way forward,” said Kerry.

And it’s not just Israel which is indecisive about the convicted spy’s release. According to Jay Carney, a White House spokesperson, President Obama hasn’t decided whether to release Jonathan Pollard at Israel’s request, despite the Israelis frequently raising the issue.

Sources familiar with the talks have said Pollard’s possible release is being discussed as part of a broader agreement that has not been finalized. In exchange for the US spy’s release, Israel would be forced to make significant concessions to the Palestinians. According to the sources, these concessions could include a settlement freeze, an agreement to continue peace negotiations beyond the end of April deadline, and the release of additional prisoners that extends the group currently in dispute.

Indecision stemming from both Israel and the United States is not the only factor making Jonathan Pollard’s release look dubious. Following Kerry’s visit to Israel, Mustafa Barghouti, a Palestinian lawmaker met with Mahmoud Abbas, the Palestine Authority President. Barghouti says the Palestinian leadership believes Israel is deliberately making claims of an “emerging deal”. The Palestinian lawmaker says Palestine believes Israel is doing this to create the impression of an imminent breakthrough so that when the deal does fall apart, it can be blamed on Palestine.

Adding further fuel to the unlikelihood of Pollard’s release, Barghouti also told CNN that he doubts the belief that the Palestinians were on the brink of signing a deal. He added that Abbas is becoming increasingly convinced Israel is not interested in any process that would result in Palestinian statehood. 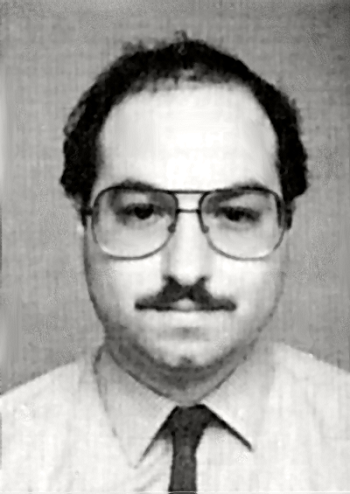 As the Justice for Jonathan Pollard website says, the average sentence for the offense Pollard committed – one count of passing classified documents to an ally – is two to four years.

He is the only American ever to be sentenced to life in prison for spying on a US ally.

According to the official website authorized by Jonathan and his wife Esther, as the result of a plea bargain which Pollard honored and the US government violated, he received a life sentence without a trial.

When asked about the talks of Pollard’s possible release, the Free Jonathan Pollard Committee said it was not “reacting to the news”.

“Their message all along has been that Jonathan Pollard should have been freed a long time ago and this should be an outcome of justice in the American legal system,” said Asher Mivzari, a spokesperson for the Committee.

Will Pollard Be Released?

Pollard continues to remain a divisive figure in US-Israeli relations. As part of efforts to save fragile Middle East peace negotiations, the US and Israel are discussing Pollard’s release. The peace negotiations which began in July 2013, however, hit a snag over whether Israel will release more than 20 prisoners, including 14 Arab Israelis which Israel consider to be terrorists. The prisoners were scheduled to be freed on March 29, 2014. The release date has been and gone and now Palestinian negotiators are threatening to end negotiations because of the delay.

The fact that contention was caused when Israel did release three groups of prisoners might also hamper Pollard’s release. The releases were especially controversial because the prisoners included convicted murderers. It caused Netanyahu to promise he would seek approval about any further releases with his Cabinet, which has also been critical of previous prisoner releases.

While the US is willing to play a role in Pollard’s release, as Kerry stresses, it is ultimately up to the Israelis and Palestinians who will decide if the deal goes ahead. This fact alone casts a dubious shadow on Jonathan Pollard’s release.