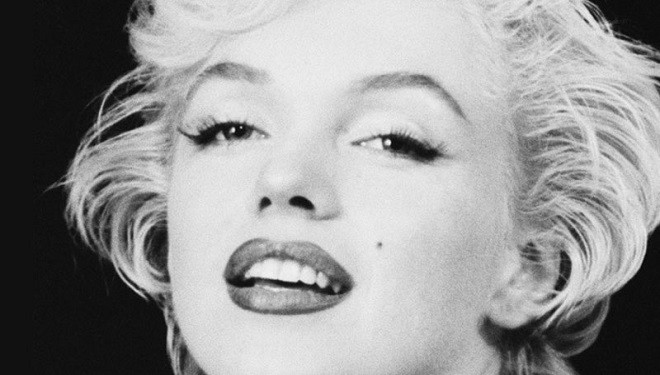 Seamus view more articles
Facebook 0 Twitter 0 Pinterest 0 Google 0 LinkedIn 0
I have said this before, but it never hurts to repeat myself concerning UFO’s. I believe the possibility of our being alone in this massive universe is impossible. Nevertheless, I tend to stay away from the UFO/ET angle.

The technology needed to travel these vast distances is far in excess of our own. Would aliens crash land? If so, why couldn’t they be rescued or located? Would they be visible to anyone in our skies? Would their vehicles resemble wedding cakes, hubcaps, and bin liners?

It sounds all too human for me. Particularly, when there is monetary gain, minor intelligence operations afoot, and an endless supply of boners taking Ancient Aliens and stuff like Mermaids seriously to whet the appetite of both.

I scored my job at TSW thanks to a ten part article I did systematically destroying the baloney linking JFK to MJ-12 and his supposed confession to Marilyn Monroe about the existence of UFO’s. There is no question whatsoever to any sane person the information in the document was dishonest, fantastical bull. Moreover, even the most cursory of glances at the handwriting on Coopers MJ-12 documents reveals their dishonesty.

The originator of the documents was a bloke called Timothy S. Cooper. In my research, Cooper began hawking his records in 1992 a year after Oliver Stone’s film “JFK” hit the headlines. However, we actually have little evidence Cooper the recipient was the initial source. Nonetheless, those who have studied the movement of frauds in ufology have a fair idea of where Coopers bilge started.

Whether or not one agrees with Bob Hastings UFO and silo research, one has to respect Hastings, and his pal Barry Greenswards’ work in tracking the bogus MJ-12 documents and Serpo hoaxes from the start. His digging provided the basis from which Greg Bishop, Mark Pilkington, Robin Ramsay, Ryan Dube, and Steve Broadbent could prove the falseness of these hucksters.

Indeed, thanks to all of the above lads I came to believe Cooper was a paid up fall guy, and dupe of the infamous duo Bob Collins and Richard Doty. Whether or not Cooper was an insane jerk they manipulated, or a witting accomplice, remains to be seen.

Nevertheless, Doty, Collins, and their disinformation pals at Langley, and the AFOSI must have laughed themselves stupid when UFO/ET reprobates like the Wood family forked out thousands of dollars for Cooper’s bile. They dedicated an entire website to this fraud, paid him to examine his own documents for authenticity, and then entrusted remote viewers rather than private detectives to investigate him, even after he failed a lie detector test.

Under pressure from Bob Hastings, Cooper decided to confess his fraudulent behavior. However, he then blamed the creation of the documents on the Woods and Stanton Friedman (who to his credit never believed the Monroe-JFK documents or anything from Cooper) for being part of some Communist cell.

Despite being reamed by Cooper they still have their website up, and still vouch for Cooper’s authenticity. They say the definition of insanity is doing the same thing over, and over again expecting a different result. The Woods went above and beyond repetition in the hope it will come out the other end as Marvin the Martian. 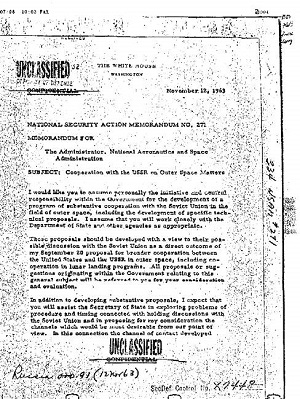 This new document “Projected Soviet Space Launchings” is rather hilarious. It does not say anything about UFOs. It discusses Russian cosmonauts and is a legitimate CIA, FOIA release. Lee Nicholson is an absurdly poor ufologist, which really is something in the UFO genre. He apparently unearthed the paper and believes this vindicates the fake 1992 JFK/Monroe document. Not by the information it contains, but, wait for it… the format of the letter.

One has to wonder how many FOIA top-secret documents Nicholson has seen. In 1995, a Stargate document dated from 1965 was released; it was identical in format to this. I suppose this also proves Cooper (remember – a man who confessed he had faked all of his documents) was telling the truth. Nicholson should have seen the 60’s documents followed the same format and the 50’s had a different format. Big deal. The very same “This is an Information Report. Not finally Evaluated Intelligence” sentence is seen in other documents of the 70’s.

Indeed, it is nothing special as the FBI also uses a longer variation of this slogan. Nicholson also exclaims the retractions and markings are similar on both documents. However, retractions and pen marks are all over practically any old memos and FOIA releases.

Furthermore, Nicholson seems to believe that all CIA documents are uniform. They are not. They vary depending on what department they were channeled through. It never seems to have entered Nicholson’s mind that Doty and Collins, who were air force intelligence with CIA connections as proven by Pilkington and Bishop, had access to CIA letterheads. People will believe what they want to believe, to the point of madness.

A Final Word on Mike Salla a Fraud for all Seasons

I shouldn’t leave this subject without discussing Michael Salla PhD. How on earth this tool got a doctorate I don’t know. Still, he is the worst aggrandizer of Nicholson’s folly. He also endorses the gormless Nicholson.

Yet, this is not the only garbage he endorses. He is one of the many Jim Fetzer types in ufology; nothing, no matter how bad or ridiculous escapes his grasp. On top of advocating for Tim Cooper, he backed Bill Cooper, and has stumped for George Adamski as an authentic contactee.

He adores a bizarre dude called Captain Kaye from the Earth Defence Force (we’ll have to run a story on this mess in the future). He also loves chronic liar Bill Knell. To cap it all off he charges exorbitant prices for his awful books and DVD’s.

People have to be proactive against these scheisters. There are decent people out there who believe in the UFO/ET equation. If that is your direction, you owe it to yourself and others not to be a jerk. However, I suspect if you hate this article and believe that JFK and Monroe were killed over aliens, then you are probably already too far gone.