Why Is Israel Treated With Kid-Gloves For Spying on US? 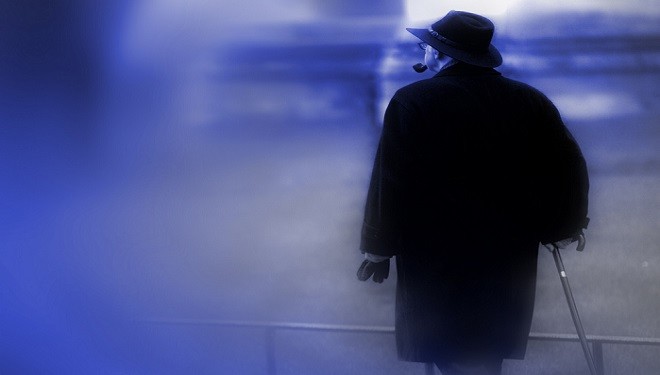 In the wake of the stories, Senior Israeli officials continue to assert that Israel is not involved in espionage activities in the United States. The former Israeli Military Intelligence chief, Amos Yadlin referred to the accusations as “absolutely baseless”. Yadlin told the media that Israel was “unequivocally not spying in the US”.

What is perhaps more interesting about the Israeli spying on the US allegations is America’s response.

Stein began the article referring to an incident in 1998 when an Israeli spy hid in the air duct of a hotel bathroom of then US Vice President Al Gore. Al Gore was on a visit to Israel. Stein asserts that such incidents are not widely reported by the US due to the fact the aggressor, in this case, was an Israeli.

“To some, the incident stands as an apt metaphor for the behind-closed-doors relations between Israel and America, ‘fremenmies’ even in the best of times,” writes Newsweek.

The article goes on to state the despite the air duct incident “crossing the line” of acceptable behaviour, it was quickly hushed by US officials. Why? Because it was done by Israel.

In the report, an unnamed US official rejected the suggestion that the espionage accusations “had the whiff of anti-Semitism in it”.

“It has nothing to do with anti-Semitism. It has only to do with why [Israel] gets kid-glove treatment when, if it was Japan doing it or India doing it at this level, it would be outrageous,” said the official.


US and Israeli Relations

As we reported in April this year, US/Israeli relations were tested in the late 1980s when former US intelligence agent Jonathan Pollard was jailed for passing classified documents to Israel. As discussions over Pollard’s release continue, the former military intelligence analyst remains a divisive figure in relations between Israel and the US.

According to Jeff Stein, despite Israel’s promises to stop spying in the US in the wake of the Pollard affair, the FBI regularly “scolded” Israeli diplomats for espionage activities. In the years following 9/11 the FBI regularly told Israelis to stop their spying activities. But, according to one former top FBI official, as an “ally”, the Israelis nearly always got off with merely a warning.

So why is Israel treated with “kid-gloves” for its espionage antics on the US?

Israel is one of the US’s original major non-NATO allies in the Middle East. As the Jewish Virtual Library maintains, Israelis have long turned to America for “political inspiration, financial and military assistance and diplomatic support”. Similarly, Americans have been appreciative of Israelis for its effort to support Western democratic tradition and its resolute struggle against uncompromising opposition.

“US aid to Israel is not just a gesture among allied nations, but a move that serves US national interests worldwide and does not take a toll on its relations with its Arab allies.”

Being old allies and with US homeland security increasingly turning to Israeli technology to solve, as the Blackwell and Slocombe thesis states, “some of their most vexing technical problems”, falling foul of Israel is naturally not on the United State’s agenda.

In this sense, effectively brushing Israeli espionage activities under the carpet is a small price to pay for the US to remain allied with Israel.

Then there’s the anti-Semitism claims. Stein quoted a US official rejecting the assertion that the espionage accusations had the “whiff of anti-Semitism in it”.

The term anti-Semitism denotes antipathy toward Jews. In its most extreme sense it is used to describe the murdering of Jews. In the US, anti-Semitism has never amounted to the extreme incidents that have taken place in other parts of the world. Overall, Jews in America have never been an “oppressed group”.

As Alvin Rosenfold wrote in the paper tiled “Rhetorical Violence and the Jews, Critical Distance”, criticism of the Israeli government is often simply referred to as criticism of Israel.

Political commentator Stephen Zunes writes that while some criticism of Israel really is rooted in anti-Semitism, he believes that some members of the Israel lobby “cross the line” by labeling honest critics of Israel as anti-Semitic.

The US Department of State has refused to deny the recent Newsweek reports which controversially suggest Israel’s spying activities in the US have “crossed red lines”. With Israelis being found red-handed spying on the former US Vice President from the air vents of hotel rooms and former top US security officials admitting Israeli espionage on the US has been “extensive for years”, the evidence speaks for itself.

The fact that America treats Israel with kid-gloves for spying on them suggests it is terrified of being labeled anti-Semitic and frightened to lose Israel as an ally.