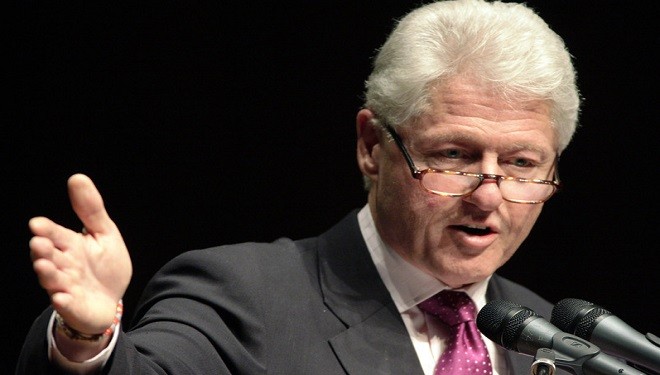 Dennis view more articles
Facebook 0 Twitter 0 Pinterest 0 Google 0 LinkedIn 0
It would be a rather obvious understatement to say that the United States and China have had a strained relationship in recent years. Like feuding neighbors, the two countries are at odds with each other on a variety of issues.

Furthermore, it is apparent that neither country readily trusts the other and often the two try to gain a little “dirt” on the other. Just as feuding neighbors refuse to listen to each other, it seems that countries are no different.

A set of released Clinton papers show that American broadcasts were being jammed as early as 1997 and many Voice of America representatives say it is continuing today.

According to the Clinton papers, David Burke, Chairman of the Broadcasting Board of Governors (BBG), wrote a letter to the President in 1997. In the letter, he calls attention to the fact that even then China was jamming the broadcast signals of both Radio Free Asia (RFA) and Voice of America (VOA). In it he states:

“I am writing to express grave concern regarding China’s ongoing jamming of Radio Free Asia (RFA) and Voice of America (VOA) broadcasts to both China and Tibet.”

A year later, in 1998, Burke wrote another letter to President Clinton about China jamming VOA broadcasts. This letter not only discusses the jamming of the Internet based text service (website), but also includes the fact that the PRC was also jamming shortwave radio broadcasts.

According to the BBG, this jamming was “a serious impediment to the ability of the Chinese people to understand America and their own region”. With this impediment in effect, the VOA claimed that its Chinese viewer-ship dropped from about 100,000 to roughly 0 within a year’s time.

Fast forward 17 years to the present day and it seems that China is still jamming Western broadcasts and VOA is still trying to get some traction on stopping it. In February 2013, BBG Strategy reported that China was effectively jamming VOA English broadcasts from Tibet. According to the report:

“Voice of America is reporting that its English shortwave broadcasts are now being jammed on all shortwave frequencies, citing the source of the interference as coming from Tibet.”

Additionally, the VOA openly condemned China for the country’s actions. Just as in 1997, the Chinese jamming resulted in a huge decline of overall listenership. The 2013 jamming affected roughly 75% of the English broadcasts transmitting into China.

By 2011, the Obama Administration had cut the BBG’s budget, requiring them to stop all shortwave Chinese transmissions into China. Though budgeting and a decline in listenership was cited as the reason, many believed that the real reason was an effort to maintain exchanges for U.S. academics.

This news also came during the time that China announced it was creating 60 more affiliates to help transmit its own state propaganda broadcasts. Needless to say, the news was not well received.

It should come as no surprise that Communist China is and always has blocked American broadcasts. However, what is most interesting is that the American government has been aware of the issue for nearly two decades and has yet to do anything about it.

Moreover, not only did our government do nothing about the known instances of jamming, but also decided to start canceling shortwave broadcasts, which are more difficult to jam than other signals, at the same time that China began aggressively expanding its own propaganda broadcasts.