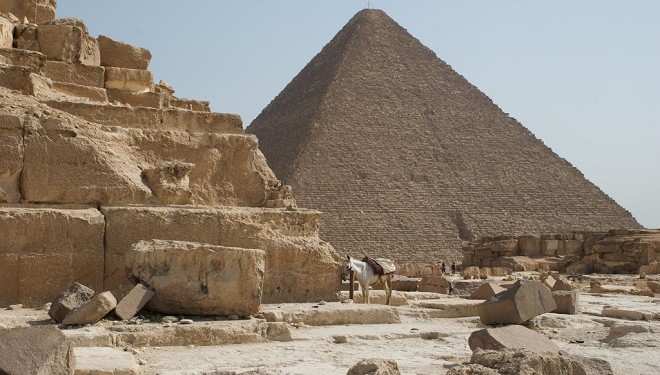 GabriellePickard view more articles
Facebook 0 Twitter 0 Pinterest 0 Google 0 LinkedIn 0
How many times have we heard the dramatic theory that if ancient civilizations couldn’t have moved the huge stones that make up their pyramids, it must have been aliens.

Puma Punka, for example, one of the world’s most “incredible unexplained ancient ruins” is regularly cited as being built by aliens. Thanks to a team of researchers from the University of Amsterdam, the zany hypothesis that alien forces are responsible for some of the world’s most inspiring ancient monuments may be numbered. The physicists believe they have solved the mystery of how Egyptians moved pyramid stones without the help of modern technology.

The answer has been staring us in the face all along. It boils down to friction. According to the study, the ancient Egyptians may have been able to move the huge 2.5 ton slabs of stone across the desert by merely wetting the sand. By investigating the forces required to pull extremely heavy objects on a giant sled over sand, the scientists discovered that dampening the sand reduces the friction.

What has remained a puzzle throughout history, baffling mechanical engineers and Egyptologists in equal measure, comes down to the simple scientific explanation of sand, water and friction. It doesn’t require only those with scientific minds to understand that when dragging a 2.5 ton load on a primitive slab, the weight would inevitably dig into the sand and be unmovable.

The University of Amsterdam researchers discovered that with the right amount of water, capillary bridges are formed on the sand. These “bridges” are created by micro-droplets of water which bind the grains of sand together, inevitably doubling the sand’s strength. The damp sand prevents the grains from separating in front of the sled. Instead of the heavy sled burrowing into the soft sand, the damp substance reduced the force required to drag the object much more easily across the sand.

As a press statement from the University of Amsterdam explains:

“Experiments revealed that the required pulling force decreased proportional to the stiffness of the sand. A sledge glides far more easily over firm desert sand simply because the sand does not pile up in front of the sledge as it does in the case of dry sand.”

Besides carrying out laboratory experiments which involved placing a tray in sand of varying dampness, the physicists used clues from the ancient Egyptians themselves to help make their discovery. The study leader and physics professor at the University of Amsterdam, Daniel Bonn, said they analyzed a wall painting discovered in the ancient tomb of Djehutohotep.

The painting dates back to around 1900 B.C. It shows 172 men hauling a huge statue using ropes attached to a sled. At the front of the men, a solitary figure can be seen pouring water over the sand. 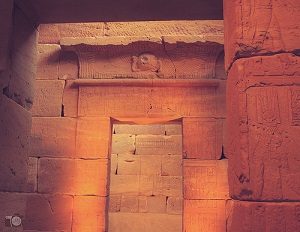 Instead of realizing the scientific traits of the water pouring act, Bonn admits that Egyptologists regarded it as a “purely ceremonial act”.

Similar to when we build sandcastles or write our name in the sand, there is, as Bonn confirms, as “optimum stiffness” when it comes to working with sand.

The scientist says that the optimal amount of water to reduce friction in sand is between 2 and 5 percent of the volume of the sand.

The study was published in April in the journal Physical Review Letters. The discovery may help scientists understand the action of other coarse materials, including coal, asphalt and concrete. This might ultimately lead to transporting these resources more efficiently.

Here at Top Secret Writers, we’ve reported on countless conspiracy theories in circulation. Many of these theories are related to aliens and ufology. The surmise that it was ancient aliens that built the world-famous, awesome pyramids in Egypt really does take some beating in the fantasy stakes. Thankfully, the vision of alien spaceships hauling rocks and instructing ancient civilizations to build the pyramids is likely to have been stifled by science.

One surprising aspect of the story does, however, remain: Why has it taken until the 21st century for us to understand our ancient ancestors simply used water to help construct their incredible monuments?