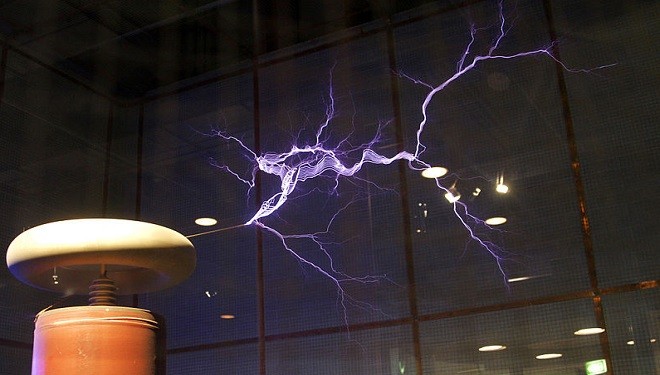 Dennis view more articles
Facebook 0 Twitter 0 Pinterest 0 Google 0 LinkedIn 0
Henry Ford, Thomas Edison, Nikola Tesla. These names are synonymous with world-changing inventions. Their ideas have changed the world and each should be celebrated in his own right.

One such celebration is just around the corner: TeslaMania Festival. Registration opened up on May 1st for the July 10-13 celebration taking place in Canada and the itinerary appears to be rather impressive for the three-day event. TeslaMania organizers are positive that the event will not only appeal to Tesla enthusiasts, but anyone interested in science as a whole and that particular niche in American History.

The festival and exposition is being marketed as Tesla for the masses. A fun and educational way to not only celebrate the life and contributions of the eccentric inventor, but also to explain some of the more complex concepts behind his theories and inventions.

According to festival organizers:

“The goal of the TeslaMania weekend festival is to bring recognition of the scientific contributions made by Nikola Tesla to the general public.”

some of the major topics being discussed will be Tesla’s contributions to the modern world, including those he did not get credit for until after his death, such as the radio.

Modern companies and government entities are trying to patent these contributions along with many other Tesla inventions that he discovered more than a century ago, such as the Tesla coil will also be discussed. However, TeslaMania is planning a whole lot more.

The event kicks off on Thursday July 10th with a Vendors’ Expo. The event’s website is somewhat vague about the vendors and investors who are participating, but they are promising an exposition that will be sure to impress.

No dull high school styled cardboard presentations at this event. Instead, TeslaMania organizers wanted their vendors to display thought provoking and engaging multimedia displays. This interactive lab environment will allow visitors to do everything from command actual robots to experience real-life Star Trek science such as bio-beds.

The expo is expected to end with a premier of The Healing Field. This feature length film will discuss a number of Tesla inventions in the field of electrotherapy.

However, it seems that the festival will not be a purely educational venue. There are a number of activities planned that fall outside of the realm of pure science. For example, there will be a number of parties and nightclub events after each day of presentations are complete.

Keeping with the Tesla theme, the band Tesla will perform at one of the night time venues. Tesla is an American rock band known for albums such as Mechanical Resonance and, more recently, Simplicity. If nightclubs and rock bands are not your thing, then no worries, TelsaMania will also host a car show.

The Tesla Car Rally is set to be one part car show and one part beach party. Made up mainly of Tesla electric car owners, the rally pays homage to the invention of the induction motor, which was invented by Nikola Tesla and is used to power many Tesla Motors vehicles such as the Tesla Roadster. According to the event’s website:

“Automotive buffs will be able to learn about the reality of driving an electric Tesla car from seasoned owners.”

From the owners, those interested in the electric car movement can learn firsthand about the induction motor’s reliability, simplicity, and efficiency. Is It Worth Attending?

TeslaMania is poised to be quite the interesting event for everyone. It has events scheduled that will appeal to the Tesla enthusiasts, serious scientists, car buffs, and even the party goer just looking for a good time.

The mixing of a science expo and scientific presentations with beach parties and nightclub events may be the best and most palatable way to expose the large number of Telsa contributions to the masses.