How Toxic Is the Produce You’re Buying?

SallyPainter view more articles
Facebook 0 Twitter 0 Pinterest 0 Google 0 LinkedIn 0
Most people are aware of the harmful chemicals sprayed on the nation’s foods; and for the largest majority of Americans, it’s impossible to avoid purchasing these crops.

Not everyone can afford to buy only organic foods, since these non-chemically grown foods typically cost more than non-organics.

One group that’s well-known within the circle of those working to protect not just the environment but especially human health is the Environmental Working Group (EWG). Each year this health watchdog publishes its “Shopper’s Guide to Pesticides in Produce”. Consumers can quickly assess the produce that perhaps they wish to avoid or at least eat less.

It’s noted on the EWG website that children are the most vulnerable to pesticides. For conscientious mothers who believe they are providing their children a healthy diet with fresh fruits and vegetables, they may be upset and disappointed that this isn’t always the case.


The 2014 EWG’s Shopper’s Guide to Pesticides in Produce

The EWG gives an annual checkup with a rating for most “conventional foods” that test for pesticide residues. In 1996, the US Congress tasked the EPA to provide “right to know” information on “behalf of consumers”.

The EWG states on its website that they “fill the void left by the U.S. Environmental Protection Agency (EPA)”. The group continues with how it feels the EPA “has largely failed to tell Americans they have a right to know about the risks of pesticide exposure and ways they can reduce pesticides in their diets”.

In the EWG’s annual rating, Americans can quickly find which foods contain the highest levels of pesticide residues and which ones typically have the lowest levels. This information is vital to Americans wishing to avoid ingesting harmful chemicals and making better and healthier food choices for their families.

What the 2014 Report Reveals About Pesticide Residues in American Foods in Its “Dirty Dozen” and “Clean Fifteen” Lists.

The EWG tests and ranks 48 of the most popular fruits and vegetables and makes its recommendations based on USDA and FDA analyses of 32,000 samples tested for pesticides. According to the EWG, the most recent report found 65% of the samples tested for pesticide residue were positive. It should be emphasized that all of these samples were from non-organic fruits and vegetables.

— #4 – Celery: tested positive for 13 different pesticides in a single sample.

The single potato sample tested positive for having “more pesticides by weight than any other food”.

While the EWG also publishes the Clean Fifteen, that doesn’t mean the foods listed are absent of pesticides. This simply means that those fruits and vegetable contain the lowest amounts of pesticide residue. The top 5 include: 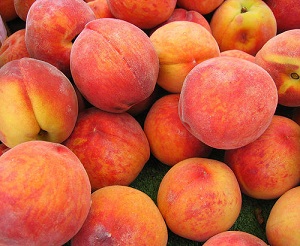 Children Shown to Be Most Vulnerable to Harmful Effects of Pesticides

Pediatrics publication discusses a paper titled, “Attention-Deficit/Hyperactivity Disorder and Urinary Metabolites of Organophosphate Pesticides” that concluded the study reinforced previous suspicions about children being harmed by pesticides in fruits and vegetables. T

he authors state that the study “adds to the accumulating evidence linking higher levels of pesticide exposure to adverse developmental outcomes”.

The scientists stated that their findings supported hypotheses that “current levels of organophosphate pesticide exposure might contribute to the childhood burden of ADHD”.

What You Can Do to Protect Your Family’s Health

The argument that the FDA has set a standard of acceptable levels of pesticide residue in foods gives most parents pause. Most parents would agree that when it comes to their children there is no acceptable level of any harmful substances.

The best recourse for concerned parents is often to buy organics. If certified organics are too pricey for your budget, then you can find other ways to avoid harsh pesticides by purchasing local produce from a farmers market. This venue allows you to get to know the people growing your food. You can talk to the growers and ask how they grow the food. Some growers often use organic methods and principles but have never applied for organic certification.

If these options don’t appeal to you, then you can be selective and opt to substitute the top 5 in the dirty dozen list with organic fruits and vegetables.