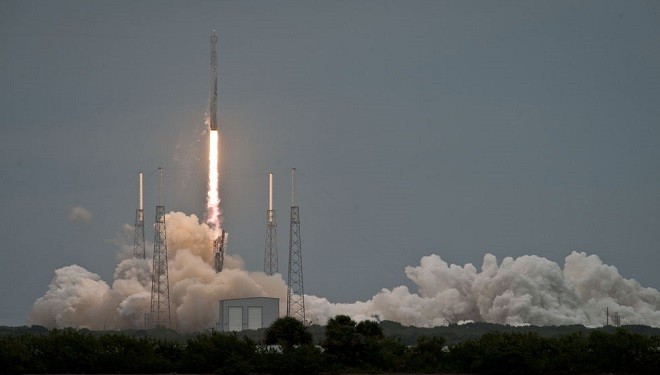 Dennis view more articles
Facebook 0 Twitter 0 Pinterest 0 Google 0 LinkedIn 0
SpaceX is at it again. SpaceX launched the Falcon 9 reusable rocket to an impressive altitude of 3,280 feet and was then able to successfully guide it back to Earth.

This test flight is one step closer to the commercial use of space flights via reusable rockets. SpaceX made news in 2012 when is successfully docked with the International Space Station making it the first commercial spacecraft to do so. Nevertheless, this recent test flight was research focused on what it will take to reuse a single rocket for multiple launches in an effort to reduce the overall cost of space travel.

The Falcon 9 is a two-stage rocket that comes equipped with 9 first stage engines making it the most reliable two-stage rocket built to date. The first stage uses a propellant comprised of liquid oxygen and rocket-grade kerosene (RP-1), which allows for a 180 second burn time. When it comes to thrust, SpaceX states:

The second stage is powered with one Merlin vacuum engine. The Merlin engine uses the same propellant as the single stage engines; but, it is used in gas generator power cycle. This provides the second stage with a 375 second burn time. Unlike the first stage, the second stage can be fired and re-fired multiple times. This allows pilots to place various payloads in various orbits.

The Falcon 9 has a potential to bring a wide variety of payloads into space. Depending on the payload type, it will be delivered either via the Dragon spacecraft or inside the composite fairing.

For example, the 2012 return flight from the International Space Station brought several research samples from micro-gravity experiments. To date, no manned flights of the Dragon space has occurred. However, manned test flights are planned for the near future.

This most recent test flight was focused on reusability. The idea is that these rockets would be able to be reused as often as airplanes and airliners are used today. Many, including Elon Musk, believe that rocket reusability is the future of space travel. On the SpaceX website, Musk contends that:

“If one can figure out how to effectively reuse rockets just like airplanes, the cost of access to space will be reduced by as much as a factor of a hundred. A fully reusable vehicle has never been done before.”

Long story short, the days of the one-and-done rockets are a thing of the past. SpaceX is attempting to bring the modern-mantra of Reduce, Reuse, Recycle to space travel.

The Impact of Privatized Space Travel

Even though it seems that SpaceX is making a pretty good case for privatized space travel, there are others who point out that the practice does and will come with some consequences.

The Mother Nature Network points out a number of cons concerning the privatization of space travel that include private companies keeping space for themselves for profit and the insurance industry possibly stifling space innovation due to the lack of insuring missions or projects.

This most recent test flight of the Falcon 9 is a proof of concept that sustainability and reusablity just very well may be brought to the space industry and interestingly enough it looks as though it will be the private sector.

Watch the impressive test flight yourself below.