GabriellePickard view more articles
Facebook 0 Twitter 0 Pinterest 0 Google 0 LinkedIn 0
“Close to 100%” is a pretty definitive statement to make. Particularly when the subject of the statement is the existence of aliens, and especially when it’s made to Congress. According to Dan Wertimer, director of the SETI (Search of Extra Terrestrial Intelligence) Research Center at the University of California, aliens almost definitely exist.

Wertimer’s bold words were spoken at the “Astrobiology and the Search for Life in the Universe” hearing in Washington. The hearing was arranged in order to review the present situation regarding the scientific search for life outside planet Earth.

Speaking to the House Committee on Science, Space and Technology, Dr. Wertimer and his colleague Seth Shostak claimed it would “be bizarre if we are alone”. Seth Shostak is a senior astronomer as the SETI Institute. The top astronomers were in Washington to discuss why continued funding to study extra-terrestrial life in the universe is required.

The astronomers told Congress that with adequate funding alien life will be found within two decades. This extra-terrestrial life could be, according to the men, microbial life in the solar system or intelligent life outside the solar system.

It’s an ambitious suggestion for sure and one that requires evidence to back it up. So what evidence exactly did the astronomers present to Congress in their quest for continued financial support in their continued search?

The scientists’ based much of their so-called evidence on data found by NASA’s Kepler space telescope. In a written testimony presented to Congress, Dr. Shostak spoke the 2000 plus exoplanets the Kepler telescope has uncovered in recent years.

The astronomer went on to talk of estimates made that at least 70% of all stars are accompanied by planets. As planets occur in solar systems rather than individually, the number of planets in the Milky Way galaxy is, states Dr Shostak, “in the order of one trillion”.

Augmenting the enormity of how many planets exist in other galaxies, the scientist mentioned that the Milky Way is just one of 150 billion galaxies visible to our telescopes.

“Each of these will have its own complement of planets,” Dr. Shostak told Congress.

It doesn’t take a mathematician or scientist to work out that the amount of planets in the Milky Way and galaxies beyond the Milky Way is phenomenal.

But surely the astronomers didn’t base their argument to Congress on the mere likelihood that due to the sheer enormity of the volume of planets, there is likely to be life on other worlds? Not quite.

The primary goal of the Kepler telescope, Shostak continued, is to determine whether any of the planets have the ability to hold life, like Earth. The study of whether planets are habitable involves determining whether liquid water could exist on their surface. Similar to our own solar system, most planets are either too hot or too cold to harbor life. 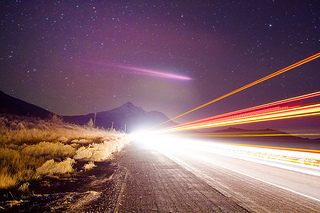 However, according to the SETI astronomers, recent analyses of Kepler data suggests as many as one star in five “will have a habitable, Earth-size planet in orbit around it”.

“This number could be too large by perhaps a factor of two or three, but even so it implies that the Milky Way is home to 10 to 80 billion cousins of Earth.”

This isn’t the first time in recent years that Congress has held an inquiry on extra-terrestrial life. In December last year, the Science House Committee sat through a two-hour meeting about the ongoing search for alien life form.

The fact that Congress was willing to dedicate two hours of time to discuss aliens was met with disapproval by some for alleged unproductivity. The Huffington Post for example, wrote a somewhat scathing report about despite only having seven workdays left between the end of the first session of the 113th Congress, a full House committee found the time to hold a hearing about aliens.

For others, it was the best thing Congress could do. As The Wire wrote:

“Laments about Congress finding the time to look for aliens of all things are sadly misguided. Today’s hearing is a great idea, and it’s doing something remarkable: getting the Republican-led scientifically challenged committee to seriously discuss an important field of research – and the funding needed to keep it going.”

It would be great to share the SETI astronomers’ optimism that aliens almost definitely exist and we are likely to hear from them in some way in the next two decades. The so-called evidence presented to Congress is neither concrete nor proven.

However, the fact that Congress has held two hearings on the subject in the last six months is testament it is taking the matter seriously. Congress’ seemingly fresh interest in aliens is representative of a broader interest and seriousness devoted to the hotly debated subject of whether or not we are alone.

For example, in February this year we reported about governments around the world feeling compelled to release previously classified UFO documents.

In 2013, we wrote about the Peru Air Force reviving the UFO department in order to reinstate credibility back to sightings.

The SETI astronomers’ argument that the existence of aliens is close to 100% might not be wholly convincing but it does prove one thing: When it comes to the subject of aliens, Congress is listening.