Seamus view more articles
Facebook 0 Twitter 0 Pinterest 0 Google 0 LinkedIn 0
Before one discusses the banality of crankmeister Al Bielek, one needs to delve into what inspired his brutal assault on the senses. In so doing, we have to examine one of the biggest conspiracies in pseudo-scientific circles, the so-called “Philadelphia Experiment”, a subject Ryan has covered here previously in a very cool article (check out the photos).

In October of 1943, the USS Eldridge supposedly experimented with cloaking vessels from submarines and reconnaissance planes. The boat not only became cloaked in one experiment, but in another it found itself materializing via teleportation in the Norfolk, Virginia Naval Yard, which is a little over 300 miles away.

It then came back to Philly, with the crew’s molecules bonded to the ship in a gruesome fashion, and some poor blokes had vanished.

At least, this is according to one Carlos Allende, who had viewed all of this while on the SS Andrew Furuseth. Nevertheless, none of the crew of the Eldridge recalled ever being docked in the city.

They were posted in New York at the time. They certainly didn’t recall any freaky experiments either. Allende, the hero of the experiment story is also a dubious source. For starters, his real name is Carl Meredith Allen.

In the mid 50s, he began writing a series of letters to UFO author Morris K. Jessup. He claimed he was on a merchant vessel, which was in view of the experiment. Now, this should bug anyone. Why would a merchant ship be allowed to witness an experiment of such magnitude? Furthermore, why would the Navy perform an experiment in a shipyard? With the Axis likely monitoring all manner of naval bases.

Keith Veronese makes the salient point that had this experiment actually happened, as Allen claims, then the United States would have used this to its advantage. Hell, there was a war on, folks. Why not teleport a missile into Hitler’s wolf’s lair? Later on, those annoying Ruskies, Chinese, and Cubans could have had a great May Day surprise!

Jessup entertained Allende for a time; however, he tired of their correspondence after finding Allende/Allen dishonest. Nevertheless, Allen persisted; he made annotations to Jessup’s 1955 book The Case for the UFO.

He faked the handwriting of three other mystery authors, who also referenced the experiment. The Navy reacted to his musings and investigated him. There is nothing mysterious here at all. The bloke sent the ONR an envelope that said, “Happy Easter”, containing the book. Hence, from here on the story started to grow legs.

The experiment plot line was further framed by the death of Jessup, which many believe was the result of a conspiracy. Still, as you have just read, Jessup thought Allende/Allen was a fraud. Why then would he be marked for death?

It is not often I give credit to researchers in the new age movement. Nevertheless, one has to give Sharri Lorraine some applause. Lorraine is interested in time travel; yet, unlike others in her zone she doesn’t swallow everything.

The information she has assembled concerning the Philadelphia Experiment is an excellent resource. It is easy to read and straight to the point. Clearly, Jessup was a troubled man who tragically took his own life. The Navy’s apparent harassment of Jessup was not a motivating factor in his demise. Indeed, bar getting him to verify Allen’s handwriting, it appears they didn’t harass him at all. 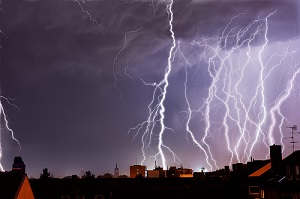 SA Touch of Truth in the Story

As Ryan explained in his article, during the war, experiments with electrical charges were used in avoiding detection from German mines. There were also experiments with propulsion systems carried out in Philly during the time Allen contacted Jessup; therefore, Allen could have heard about them.

By all accounts, he was an extremely intelligent, well-read, curious individual with a good grasp of science. In his wild rants to Jessup and the Navy, he had managed to link together certain UFO sightings with alleged experiments by the Pentagon. Now, if anyone understands anything about U.S. counter-intelligence in the Cold War era, discussing UFO’s amongst the populace was an accepted and encouraged diversion.

Nevertheless, if one linked UFO’s to naval experiments, look out. The sky is very big, and the possibilities for the weird are limitless. The oceans are a different matter. Allen’s inane Philadelphia correspondence was happening around the same time the first nuclear powered submarine, the USS Nautilus, was being tested in neighboring Connecticut.

The Navy would have been very interested in someone having some insights into their workings, no matter how vague. Quite possibly, Allen’s rants inspired them to spread the story themselves to confuse the Soviets. I have written at length how kooks make intelligence work a lot easier by providing an additional layer of bull to sort through.

They also drown out rational voices, delving into legitimate mysteries. It appears to me that the Navy’s possible intelligence fun and games with Allen/Allende inspired other ne’er do wells.

Once one deconstructs the Philadelphia Experiment, then time-travel claimants like Bielek, who looked silly before, look mind bogglingly stupid in the present. Bielek apparently inspired by the 1984 film “The Philadelphia Experiment”. He burst onto the UFO scene in 1990 claiming he traveled into the year 2137 when he accidentally disembarked from the USS Eldridge during the operation.

He remembers waking up in a hospital bed. Yet somehow, he had jumped into 2749. There were floating cities, and intergalactic visitors. He had a tour guide, and he apparently became one (this makes perfect sense if you are insane).

The cities were run off a synthetic intelligence, and of course, humanity lived in some kind of corny utopia. Well that is at least until you crossed the red and yellow lines were you got in trouble. What for, well it is hard to know, because the future is socialist you see… yawn!

Bielek is a liar–that much is certain. He is also clearly something of a fraudster. On top of his futuristic tales, he is also a leading voice in the Montauk hoax.

The Montauk project was supposedly an experiment in psychology and time travel. Now, the joke about this is that the CIA did do some horrific stuff with MK-Ultra. They also farted around with Project Stargate, which may or may not have made advances in certain areas. However, the Montauk guff is a rip off of the research done on these two separate operations.

If you believe Bielek, and his crap, I don’t know what I can do to help you. I hope that he and his followers are people you can avoid. 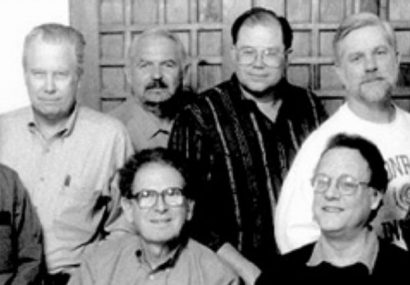