NASA Starting Construction of New Mars Lander to Launch in 2016 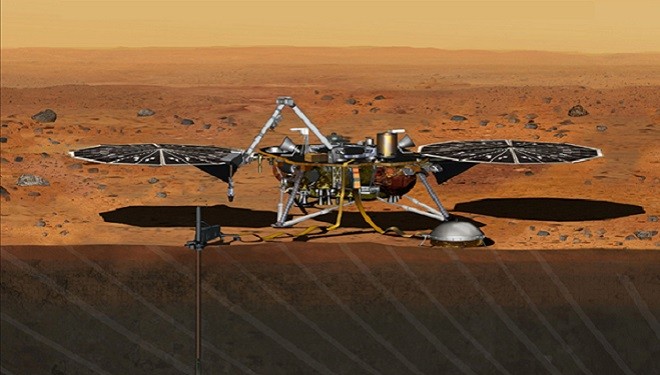 Dennis view more articles
Facebook 0 Twitter 0 Pinterest 0 Google 0 LinkedIn 0
As the Curiosity rover slowly navigates the Martian surface, NASA has been given the green light to construct a new Mars lander to study what lies beneath the surface of the Red Planet.

The upcoming mission is exciting to both Mars and space exploration enthusiasts because it puts NASA one step closer to a manned mission to Mars. The mission, called Interior Exploration Using Seismic Investigations Geodesy and Heat Transport, or InSight for short, will deploy several never before used tools on the planet with the hopes of providing scientists with a wealth of information on the inner workings and overall formation of the planet.

InSight is expected to be launched in 2016 from Vandenberg Air Force Base located in central California. Launching from this location would be another first for the space agency.

Though a first for NASA, Vandenberg is no stranger to space missions. The Air Force Base is a part of the 30th Space Wing, Air Force Space Command, which is responsible for Department of Defense space and missile testing.

The base’s main focus is to place satellites into polar orbit with a wide variety of reusable rocket booster; including the much talked about Space X Falcon. However, a mission to Mars would be a first for Vandenberg AFB.

The launch site is not the only first for the mission. The mission will also utilize a number of technologies never deployed on the Red Planet. These technologies will be deployed from a robotic arm attached to the stationary Mars Lander, which includes both surface and burrowing instruments.

The surface instrument, known as the Seismic Experiment for Interior Structure will be deployed to monitor “marsquakes”.

Though the mission will contain many firsts for NASA and its partners, much of the design will be based on the Phoenix Mars Lander. The Phoenix Lander was part of the 2008 Mars Scout Mission, in which the goal was to study the history of water on the planet along with looking for environments that could have been suitable for life as we know it.

Will The Mission Be a Success?

The only worrisome aspect of basing InSight on Phoenix is the fact that NASA lost all communication with Phoenix only six months after landing on Mars. Yet, NASA remains confident.

“We will incorporate many features from our Phoenix spacecraft into InSight, but the differences between the missions require some differences in the InSight spacecraft.”

This difference is largely due to the extended amount of time that will result in the large amount of exposure that InSight will have to endure.

If the InSight Mission is successful, researchers will have a key understanding of the early stages of planet formation; not just for Mars, but for Earth as well. As stated by Bruce Banerdt, InSight Principal Investigator at JPL:

“Mars actually offers an advantage over Earth itself for understanding how habitable planetary surfaces can form. Mars better preserves the evidence about the early stages of rocky planets’ development.”

Studying Mars will help scientists understand the early days of earth formation as well as provide an understanding that will lay a foundation that will bring NASA one step closer to a manned mission to Mars, which could eventually lead to the beginning stages of colonization of the Red Planet.