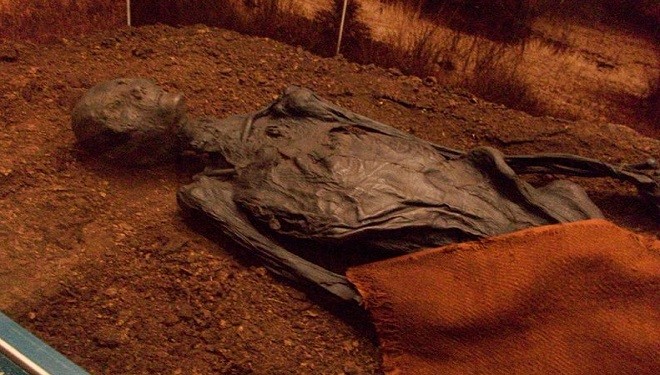 Dennis view more articles
Facebook 0 Twitter 0 Pinterest 0 Google 0 LinkedIn 0
The area of fringe journalism and paranormal reporting is like no other type of journalism in the world. The fields are plagued with yellow journalism to the point that the average reader simply dismisses most of the subject matter altogether.

If you are unfamiliar with the phrase “yellow journalism”, it is basically the creation of a so-called news story with little to no research, but yet contains fantastic eye-catching headlines…all for the purpose of selling newspapers.

The concept was in its hay-day during the 1900s, but it is fairly prevalent across the modern-day web. Poor research, biased reporting, falsified reports, and straight up hoaxes all in the name of selling books or obtaining web clicks.

A prime example of such yellow journalism is the alien mummy story conjured up by the ParaNormics Blog.

On May 25th, the ParaNormics blog ran a story, titled 3000 Year Old Alien Mummy Found Near Nebra Sky Disk, about the discovery of a possible Human/Alien Hybrid mummy in Northern Germany. According to the story, “The mummified remains have been described by the researchers as alien in appearance. Shown to have human and non-human characteristics.”

The story goes one to make a very loose connection between the mummy and the Nebra Sky Disk which was discovered in 2001. This connection is nothing more than the two items being found in the same proximity. Then, it goes on to describe the Nebra Sky disk.


Claim of an Alien Mummy

By using the artifact’s proximity as the thesis, ParaNormics poses the question: “Was it a disk map left behind by the aliens before some of them could escape? This would explain the close proximity of the disk found to the mummified remains of the mummified alien creature.”

Unfortunately, it is this loose connection that kills the entire story. Moreover, it is the theory that the small mummified creature was an alien or a human/alien hybrid that is the story’s ultimate undoing. Both of these artifacts are actually fairly well-known throughout the archaeological world.

The Nebra disk has a number of theories surrounding it, including the less likely alien star map. It is more likely that it was created by Bronze Age men depicting their knowledge of the stars or was used for religious rituals.

Additionally, the way it was found also lends credence to it being a man made object since it was found with two precious swords, two axes, two spiral arm-rings and one bronze chisel. While ParaNormics was mostly accurate in its description of the Nebra disk, the blog totally fabricated the story of the alien mummy. 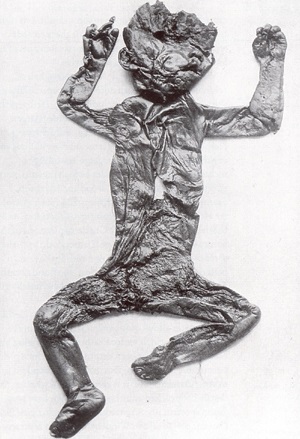 The mummy was discovered in 1926 and has became known as the Röst Girl. Believed to be a female toddler who died sometime between 200 B.C.E. and 80 C.E., she is considered to be the youngest Bog body ever found.

Bog Bodies are a special class of mummies that have been preserved in peat bogs throughout Northern Europe. ParaNomics’ attempt to pass this off as an alien mummy is an obvious attempt at yellow journalism. Furthermore, there is no way the blog accidentally made a mistake. The Röst Girl is one of the most famous mummies in the study of Bog Bodies.

ParaNormics perpetrated a fabricated a story that had several true details woven into it in an attempt to make it appear credible. Then, titled the lie with a fantastic headline in a weak attempt to drive web traffic.

It is this type of yellow journalism that makes it more difficult for serious fringe journalists and paranormal reporters to gain traction in the mainstream media and gain the trust of readers.

Monsanto Has a Department Dedicated to Discrediting Anti-GMO Scientists   0

Free Energy and Over-Unity: Why They Are Scams   6