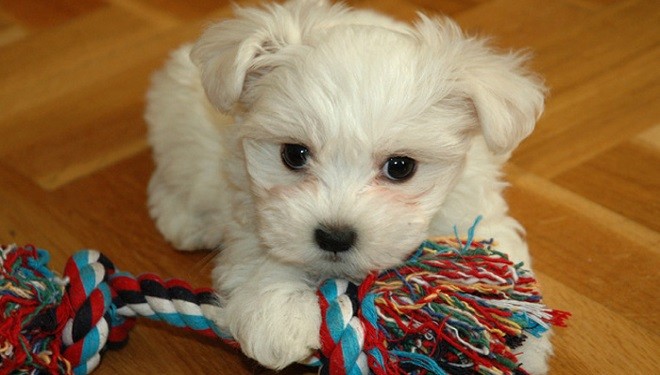 SallyPainter view more articles
Facebook 0 Twitter 0 Pinterest 0 Google 0 LinkedIn 0
On May 20, 2014, Petco announced that it was halting sales of “China-made dog and cat treats” in response to the latest scare of Chinese manufactured jerky treats.

In the press release, Petco CEO Jim Myers stated, “We know some pet parents are wary of dog and cat treats made in China, especially Chicken Jerky products, and we’ve heard their concerns.”

Petco is a leader in the industry and has been working on phasing out Chinese-made pet treats for the past few years. The timetable for completing the elimination of china-made treats is at the end of 2014.

Myers said, “We’re eager to make this transition and to expand our assortment of safe and healthy treats, the majority of which are made right here in the U.S. Very simply, we feel this decision is in the best interest of the pets we all love and, ultimately, for our business.”

Petco is the first “national pet specialty retailer” to make such a bold move that demonstrates its commitment to pets and pet owners.

Myer commented on the FDA (Food & Drug Administration) 2007 and recent warnings about possible link between the Chinese jerky products and illnesses in dogs that consumed the jerky. Even thought the FDA has failed to find a direct link to the product and subsequent illnesses and not issued any kind of recall on the jerky, Petco decided to take steps to ensure the health and well-being of its customers’ pets.

Myers explained why the company took such decisive action:

“We decided the uncertainty of the situation outweighs the lack of actual proof. It has taken some time and careful thought to get to this point, but we’re proud to make the change and we believe our customers will be pleased with it as well.”

Proud to offer its customers not only a wider selection of treats, Petco is also selling American-made products. These include:

That’s not to say that other countries’ products are being excluded. In fact, Petco still carries safe treats from South America, New Zealand and Australia.

In 2007, the FDA received “an increasing number of illnesses in pets associated with the consumption of jerky pet treats”.

“Received approximately 4,800 reports of pet illnesses which may be related to consumption of the jerky treats (These include 1800 complaints received since FDA’s last update in October 2013). Most of the reports involve jerky products sourced from China.”

The complaints filed with the FDA were mostly concerning dogs (5,600) but a few cats (24) were also reported to have become ill after eating China-made jerky. In addition, three people ate the jerky and became sick. Out of these reported illnesses, “more than 1,000 canine deaths” were reported following the consumption of China-made jerky.

The FDA stated that 60% of the reports were “for gastrointestinal illness (with or without elevated liver enzymes)”. 30% were for kidney or urinary issues. 10% included reactions, such as “convulsions, tremors, hives, and skin irritation”. 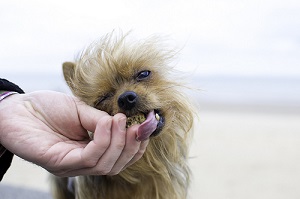 The FDA testing results were published on the government agency’s website in its ongoing investigation of Chinese pet treats. In 2012, there were low levels of antibiotics detected in Chinese jerky pet treats.

Tests have further detected “the presence of the drug amantadine in some samples containing chicken. These samples were from jerky pet treats that were sold a year or more ago.” The antiviral amantadine was prohibited by the FDA in 2006 for use in poultry. Still, the FDA hasn’t published any conclusive link between the reported illnesses and deaths and the China-made pet treats containing amantadine. That doesn’t alter the fact that the antiviral drug should not be found in pet treats.

According to the FDA report, it has “met with the Chinese regulatory agency responsible for pet food to ensure that they are aware” of what the US requires for pet food safety. To further ensure collaboration and understanding, the FDA hosted several Chinese scientists at the FDA veterinary research facility.

The FDA reports that the Chinese authorities have committed to conducting additional screening of the products as well as conducting follow-ups with the pet treat manufacturers.

A few days after Petco announced it would stop selling China-made pet treats, Petsmart joined in and encouraged other pet retailers to do the same. Petsmart will take longer than Petco to replace its China-made treats, anticipating the process to be completed sometime in 2015.

In the meantime, most pet owners have simply stopped purchasing any China-made pet treats. The trust in the Chinese manufacturers to adhere to the FDA requirements for pet treats has been broken and it’s highly doubtful that trust can ever be regained.