Dennis view more articles
Facebook 0 Twitter 0 Pinterest 0 Google 0 LinkedIn 0
In every dark period of human history, one can find a glimmer of light…if he looks hard enough. That is exactly what happened during World War II in America during the internment of Japanese-American citizens.

During this time, more than 120,000 people of Japanese descent were relocated into 10 internment camps across the country. Genealogical research on these individuals and these camps can turn up a wealth of information about those who were forced to live in those camps – information that sometimes provides a flicker of light in one of the darkest periods in American history. That is exactly what happened in the case of Scooby Doo creator, Iwao Takamoto.

Iwao Takamoto passed away in 2007 and left behind a legacy of children’s entertainment. He was most famous for creating the popular cartoon character Scooby Doo. The animated dog debuted in 1969 and, 45 years later, still appears on television today.

Scooby is considered to be “the most enduringly popular cartoon in TV history”. Takamoto was also responsible for such Hanna-Barbera classics as the Jetson’s family dog, Astro, and Penelope Pitstop from the Wacky Races series.

Prior to his accomplishments at Hanna-Barbera, Takamoto was an assistant animator at Walt Disney where he contributed to such classics as Cinderella, Lady and the Tramp, Sleeping Beauty, and 101 Dalmatians. Takamoto was an obviously talented animator, but he did not learn or perfect his trade at some fancy art school. Iwao Takamoto learned the art of drawing at the Manzanar internment camp.

After the bombing of Pearl Harbor in 1941, many Japanese-American citizens were forced out of their homes and into internment camps such as Manzanar. Subsequently, Manzanar was the first camp to be established for the sole purpose of housing people of Japanese descent located on the West Coast.

Nine other such camps would be established shortly after Manzanar across the country. Just like the thousands of families forced into the camps, Takamoto’s family was forced to remain in the internment camp for the duration of World War II.

In his book, Iwao Takamoto: My Life with a Thousand Characters, the animator discusses his life trying to be a normal teenager in an internment camp. He also talks about Manzanar being the starting point of his life as a cartoonist.

Takamoto was barely out of high school when he and his family were sent to the internment camp. In his book, he recalls his first impression of the camp.

“Immediately upon arrival, we were handed a bag-like mat made of canvas and led to a pile of straw…These would be our mattress.”

From that point on, Takamoto did not have high hopes for his life in the camp. He chronicles the substandard living conditions that he and his family had to endure, such as a hot, dusty climate, racial tensions, and inadequate food supplies. However, it was at Manzanar that Takamoto met two men who changed his life forever. 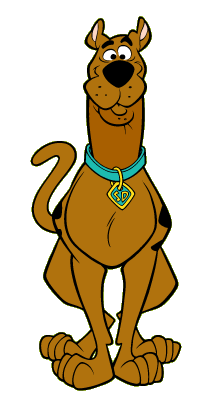 A Glimmer of Hope

The men were fellow internees who worked as animators at two different Hollywood film studios prior to being forced into the camp. One of the men formally worked at Paramount while the other was employed at MGM. Immediately, the men saw something in Takamoto that could be cultivated into more.

Takamoto was very interested in learning the skill himself, especially since (like everything else) the school facilities at Manzanar were sub-par. With the men’s guidance, Takamoto was able to hone his skill as a cartoonist.

So much so, that when the camp closed in 1945 he left and acquired a job at Walt Disney studios where he worked under such greats as Bob Carlson and Milt Kahl. From then, Iwao Takamoto went on to create or help create some of the most well-known classic cartoons in America.

There is no doubt that internment of Japanese-American citizens during World War II was a dark period in American history. However, if one was look for glimmer of light during such a dark time,the story of Iwao Takamoto is definitely that flicker of light.