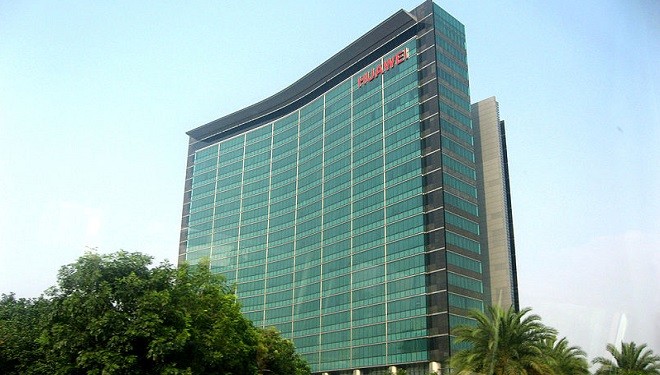 In July, the former CIA chief said he’d seen hard proof of China’s Huawei spying for the communist party in Beijing. Apparently Washington agreed and for years Huawei was all but prohibited from selling telecommunications gear to the US government. To many, including Huawei, this claim was rooted in nothing more than cold war era isolationism and fear mongering. It was an American tactic to punish a Chinese company.

Throughout the entire ordeal, Huawei maintained its innocence. They told Washington to put up or shut up. “What proof do you have of these claims?” they said. For a few years Huawei’s question went unanswered, no proof was shown.

Interestingly enough, we now know where Washington obtained their evidence, they hacked into Huawei systems. Embarrassing as it is for Huawei to admit, they apparently were caught with their hands in the cookie jar, the Snowden leaks as much as prove this.

The US government is so concerned about Huawei’s relationship with China’s communist party that Washington has essentially prohibited them from selling to the government. In order to “set the record straight”, congress convened a special meeting with Huawei to “allow them to come clean” and explain how closely they work with Beijing before ostensibly giving them the boot.

While this was going on, Huawei maintained its innocence and claimed they were merely a “pawn” in a geopolitical game. “We are just a business trying to make money,” they said. Spying for China was not on their radar screen. Unconvinced by their words, Washington held its ground.

Huawei did not give up, however, and went on a charm offensive to win over the American public. They hired advertising agencies to promote their company and product and spent fistfuls of cash buying lobbyists in Washington. Huawei was determined to enter the American market. They said we had nothing to fear in their products.

Aside from Hayden, other well placed officials inside the beltway also said they were “sure” that Huawei had acted on the behest of Beijing and spied. They too, however, never expounded on those claims. Once again it seemed that banning Huawei had more to do with a resurgence in the Cold War mentality than anything else. Washington’s ambiguous references to proof did little to allay such concerns. It seemed as if Huawei was being unfairly singled out because it was Chinese.

“No other network-technology providers are going through the same scrutiny that Huawei is subjected to, and it’s largely because Huawei is Chinese.” – WSJ

As will be shown, however, it seems as if the NSA has been acting on good intel and of course were hiding their sources; previously they were merely being coy.

While apparently trying to further the interests of countries like China and Russia, Snowden inadvertently helped Uncle Sam. How do we know that the CIA had proof? Because the NSA had penetrated their systems, they had hacked Huawei. According to Snowden, the CIA was digging for just that, proof that Huawei working as a spy arm for China. In addition, Snowden claims that the NSA monitored communications of top Huawei executives and has been doing so for years.

Based on these facts, it is now clear, Huawei is dirty. Snowden’s revelation says as much. Although he has not articulated the specifics, we can fill in the blanks. The fact is that Washington has been eavesdropping on Huawei’s meetings and hacking their email and what they saw frightened them enough to banish the giant Chinese telecommunications firm. Washington’s claims are not unsubstantiated; they have hard evidence.

The world now has proof that Washington had apparently intercepted damning evidence of Huawei’s duplicitous business practices. Of course, Russia’s Putin will probably never allow Snowden to show us all the data about Huawei, but then again, he does not need to.

Due to Snowden we know that the NSA had been hacking Huawei for years before Michael Hayden made his claims of evidence that Huawei had spied for Beijing. In light of Snowden’s assertions, we now know where Mr. Hayden got his information.

And what has been Huawei’s response to these revelations? Muted claims about innocence and indignation. In light of the fact that Snowden proved Huawei had been hacked, what else could they do?

Why We Should Care About Huawei

Huawei sells networking equipment across which data travels. Their equipment can be part of the supply chain which connects mission critical components of US national security. Our power grid, for example, heavily relies on the net and gear that companies like Huawei sells. As a matter of fact, just about every major service we are provided relies on the net to a certain extent.

Need water to bathe? Thank your water company and their network for providing that service? Need some cash? That service too relies on the Internet, because how else would ATM’s, stores and banks communicate?

The bad news is that if that digital infrastructure is compromised, horrible things happen. For example, the devastation caused by an attack on our digital infrastructure would make the 9/11 attack seem like a minor inconvenience. With so much at stake, it is no wonder our governmental leaders are concerned. It was that concern that forced Washington to take a long look at Huawei. It was what they saw that convinced them to stay away.

In a huge digression about the importance of the Snowden revelations, many cried foul on the NSA. Outrage ensued about Washington’s double standard, and moral indignation followed. “How could Washington do such a thing?” Many were asking.

“Didn’t Washington excoriate Huawei for allegedly doing the same thing that the NSA was proven to do?”

“Did the NSA hack China?”

Yes they sure did.

“Does Washington have the right to condemn Huawei if they are doing the same thing too?”

The simple answer to this question is that the NSA is an intelligence gathering arm of the government. Their role is to keep the US safe and protect its citizens. Espionage is one means by which it accomplishes that goal. Due to the critical nature of telecommunications and our national infrastructure, the NSA was tasked to take a peek into Huawei and see what they were all about. They do not claim to be politically agnostic, we know what they are about. But what about Huawei?

Huawei, on the other hand, calls itself a global company with no ties to Beijing. Huawei says it is ridiculous to call them a spy arm of Beijing masquerading as a private company. They say they just want to make a buck.

And therein lies the rub. The NSA does not sell secure networks all the while filling them with back doors from which they could access data and cripple systems as Huawei does. In addition, the NSA does not proclaim political agnosticism, Huawei does. 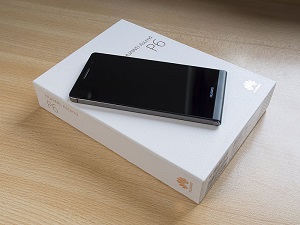 In fact, the NSA is brutally clear about their mission but Huawei is not. If the NSA has penetrated your systems, you have a good idea why. Huawei, on the other hand, is not as transparent. Are those “upgrades” they install on their routers designed to optimize system performance? Or are they really software code with secret “back doors” which extract information and send it off to Beijing? With Huawei one never knows.

The bottom line is that by arguing Washington has no right to criticize Huawei one either:

–> Does not understand the respective roles of the two

–> Is admitting that Huawei is an actor of the state, i.e. works for the communist party just as the NSA works for Obama

So where does this leave us?

The facts are that we’ve known for years that Washington has been leading the charge against Huawei. Due to the nature of Huawei’s relationship with China and “proof” of espionage, Huawei was blackballed. In an attempt at protecting their source, Washington never disclosed how they had obtained hard intel against Huawei, but now we know. Fortunately for America, Edward Snowden filled in the gaps. Rather than singling out the Chinese firm on a modern witch hunt, Huawei gear has been prohibited for a reason. Simply put, Huawei cannot be trusted.

Perhaps Huawei’s mouthpiece in America, William Plummer, said it best. When asked to comment on the fact that they had been hacked by the NSA and claims of espionage, Plummer recently said, “We have been challenged for years now to prove a negative about ourselves when, frankly, if there is truth to what is said, they already know…..”

Yes Mr. Plummer, thanks to the Snowden files, there is truth to what was said about Huawei and now we all know…