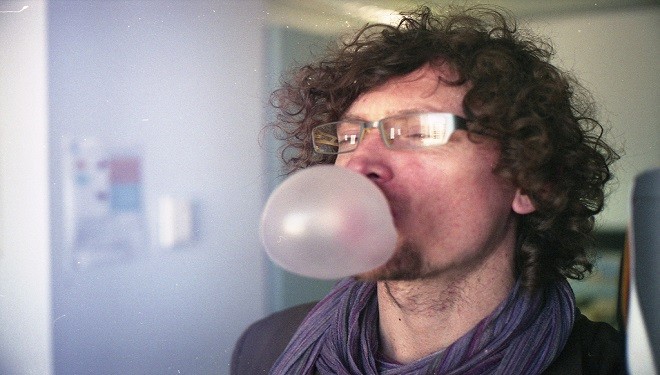 SallyPainter view more articles
Facebook 0 Twitter 0 Pinterest 0 Google 0 LinkedIn 0
There are some laws that simply defy rationale, while others are clearly the result of someone committing an act that was so outrageous it demanded a law.

Still, there are others that have apparently been forgotten in their antiquity and absurdity.

Yet, there are some laws that lack any kind of moral compass that encourage and support horrid acts of sexual and physical abuse.

And then, there are some laws that are so outrageous that they incite a burst of laughter. But be warned – in some regions of the world such laughter could be a crime.


Laws that Are Just Plain Odd and Weird

1. Whatever you do in Mobile, Alabama, don’t throw confetti or go around spraying silly string; both acts are against the law. (1)

2. Before a woman can wear false teeth in Vermont she has to get her husband’s permission.

3. Watch where you step in Thailand. Stepping on money is illegal.

4. If you are struck with the plague while in London, just remember it’s illegal for plague victims to hail a taxi.

5. Apparently Chinese adult children stopped visiting their parents, so in July 2013, it was deemed illegal if they didn’t visit “often”.

6. Singapore takes the chewing of gum seriously. You can only chew prescription medical chewing gum – other gum chewing is illegal.

7. Leave a few vibrators behind if you’re moving to Arizona. Two is the limit or you’ll be cited for criminal possession.

8. In Iowa, it’s illegal to have a mustache and kiss a woman in public.

9. Detonating a nuclear device within the city limits of Chico, California will result in a $500 fine.

Some Laws that Simply Incite Outrage

11. It took until 2008 for the UN Security Council to pass a law stating that rape and other sexual violence are war crimes, crimes against humanity and “constitutive” acts for genocide.

12. In Hong Kong, a woman can get away with killing her husband if she fulfills two requirements. 1 – she finds him cheating and 2 – she kills him with her bare hands.

13. Saudi Arabia has no minimum age for marriage demonstrated in 2008 when a Saudi court denied the divorce request of an 8-year-old girl against her 58-year-old husband.

14. There are 29 states in the US where it’s legal for companies to fire someone simply for being gay.

15. Greek police can arrest anyone they suspect having HIV, force HIV testing, publicize names of people who test positive for HIV and even evict them from their homes.

16. Arkansas’s 1800s law is still in effect giving husbands the right to beat their wives once a month.

17. In 2013, Russian President Vladimir Putin signed a bill that “made it illegal to tell kids that gay people exist”. (3)

Laws that Paint Clear Pictures Why They Were Created

18. In Pennsylvania, it’s illegal to connect a string to a dollar bill, place it on the ground and then pull it away whenever a person attempts to pick it up.

19. It’s illegal in Missouri to drive with an uncaged bear.

20. In Washington, it’s against the law to pretend your parents are wealthy.

21. If you work in a San Francisco, California car wash, be warned – it’s illegal to use underwear to wipe off the cars you’re washing.

22. It’s illegal in Britain to ride a cow while intoxicated.

23. If you’re in a second story hotel room while in Texas, be warned that it’s illegal to shoot a buffalo from there.

24. You’re breaking the law in Florida if you fart on a Thursday after 6 p.m. in a public place.

25. You must leave your lion at home whenever you go to the cinema in Baltimore, Maryland or risk being arrested, fined or both.

26. Another Florida law forbids a woman (divorced or widowed) from skydiving on a Sunday afternoon.

27. This law is important to anyone in Arizona; it’s illegal to hunt camels there!

28. In France, it’s illegal to marry a dead person.

29. You can’t drive a vehicle while blindfolded in Alabama.

30. You can’t allow your donkey to sleep in your bathtub after 7 p.m. if you live in Oklahoma.

31. In France, if you name a pig Napoleon, you’ve broken the law.

32. It’s against Ohio state law to get a fish drunk.

33. It’s illegal in Tremonton, Utah for a woman and man riding in an ambulance to have sex.

34. You cannot legally chain an alligator to a fire hydrant in Michigan.

Laws that Are Humorous or Satirical

36. There are no sleeping beauties in Logan County, Colorado – To kiss a sleeping woman is a crime.

37. The penalty is unclear, but in England it’s illegal to die in the House of Parliament.

39. Unless you’re a licensed electrician, it’s illegal in Victoria, Australia to change a light bulb.

40. Washington is the state of virgins. It’s illegal to have sex with a virgin under any circumstances whatsoever.

42. Don’t be a pig at a wake. In Massachusetts, it’s against the law to eat more than three sandwiches while attending a wake.

43. Brush your teeth and gargle. In Alexandria, Minneapolis, any man “with sardines on his breath” having sexual intercourse with a woman is breaking the law.

44. E.T. must never call France home where it’s illegal to sell E.T. dolls and any other non-human faced dolls.

45. If you’re an actor waiting tables in Los Angeles, CA, remember it’s illegal when conversing with customers to say, “I’m really an actor.”

These are just a few of the outrageous and weird laws found around the world. Do you know of any that can be added to the list?