This Is How an Asteroid Strike Would Change the World 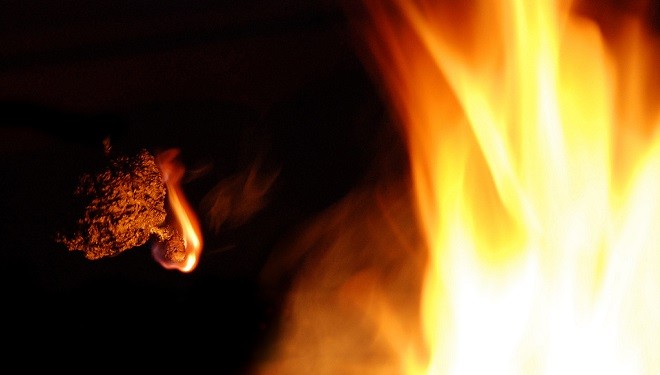 GabriellePickard view more articles
Facebook 0 Twitter 0 Pinterest 0 Google 0 LinkedIn 0
The Earth has been getting hit by comets and asteroids all of its life. The truth is that our planet is constantly hit by small rocks rather than big ones.

Larger asteroids – bus-sized ones for example – hit Earth approximately every thousand years. Asteroids big enough to cause extinction only threaten every billion years. Nonetheless, as we saw on (1) 15 February 2013, when a meteor streaked through the sky, exploded over Russia and injured more than 1000 people, potentially devastating debris from space can and does hit Earth with detrimental results.

The prospect of a potentially humanity-threatening asteroid hitting our planet was brought closer earlier this month. A group of Ukrainian astronomers discovered a huge quarter-mile asteroid had recently skimmed past Earth with alarmingly close proximity.

The astronomers have estimated that the never seen before asteroid will make another extremely close encounter with Earth on August 26 2032. The super-sized asteroid has been named (2) 2013 TV135 and was instantly placed at the top of NASA’s Near Earth Asteroid watch list.

NASA quickly dampened the giant-asteroid-blowing-up-Earth furore by issuing a press release. Under the sub-heading “A Reality Check”, (4) NASA claims the odds of 2013 TV135 impacting Earth in 2032 as “one in 63,000”.


Result of an Asteroid Strike

Nonetheless, a one in 63,000 chance doesn’t equate to impossible. Consequently just how concerned should we be about the prospect of a 400-meter asteroid hitting Earth just 12 years from now and how would the impact affect our planet?

The Earth Impacts Effects Program is a joint project by Purdue University and the Imperial College of London. According to the (5) program, if 2013 TV135 was to strike it would carry the energy of approximately 3,300 megatons of TNT. Put into perspective, 3,300 megatons of TNT is loosely equivalent to simultaneously detonating 60% of the world’s remaining nuclear bombs.

Adding further angst to the potentiality, Quartz.com noted that the crater would be about twice the width of Manhattan. The shaking caused by the impact would be, according to Quartz, the same as a 7.0 earthquake and more than one million cubic meters of rock would be instantly vaporized on impact.

Quartz goes on to talk about the possible devastation caused for those in about a 60-mile radius of the impact site. Within two minutes of the crash, people would be showered with two-inch debris. Within five minutes, the air blast created by the heat of the asteroid strike would generate winds the force of a hurricane, so strong they would shatter windows.

For someone located in a closer 20-mile radius of the site, the consequences would be much more serious. As the Earth Impact Effects Program estimates, the size of an average piece of debris being flown about would be similar to the size of a dishwasher. Within 90 seconds of the impact, winds would whip up to more than 500 miles per hour. Such strong winds would mean that 90% of everything standing in the 20-mile radius would be blown down.

Repeat of the Dinosaurs Going Extinct?

So what about the asteroid that wiped out the dinosaurs, how big was that species’-destroying asteroid?
The Chicxulub Crater in the Yucatan Peninsula of Mexico is approximately 180km in diameter and 10km in depth.

Scientists claim that it wasn’t the immediate impact that wiped out nearly all of the world’s dinosaurs. As (6) Universe Today states, it was the climate change caused by the dust in the air created by the asteroid that destroyed 50% of Earth’s species and eventually killed all the dinosaurs.

In this sense, it isn’t the size of the asteroid that necessarily matters. Rather, it’s the global environmental devastation caused by the impact.

The ACLU Report on CIA and Torture

It would be difficult to understate the overall effect that 9/11 had on the way that the U.S. government views potential threats, and the freedoms and rights of the overall [...]

Why Won’t the SpaceShip Moon Theory Go Away?