Internet Of Things Allows Government to Spy On You (Even More)

Ryan view more articles
Facebook 0 Twitter 0 Pinterest 0 Google 0 LinkedIn 0
Your home probably already has a web-cam enabled laptop, smartphones, and even a TV set aimed right at your living area. Is it possible that the CIA is spying on you?

Back in 2012, CIA Director David Petraeus gave a talk in front of a venture capital firm, where he said that the new technologies which will add web connections to home appliances and other home systems could provide clandestine services with easy surveillance opportunities.

You really can’t make this stuff up. Now, over two years later, as homes around the country start filling up with webcams, Internet-enabled devices and wearable web gadgets – the dangers are more real than ever before.

The whole concept of enabling devices with the Internet has been termed the “Internet of Things” or IoT, and in recent months it’s been picking up speed throughout the electronics industry.

This year in March, Edward Snowden warned Americans that the Internet represented the worst threat to American civil liberties, telling technology innovators via a video link that the only way to protect civilians from government surveillance is to integrate encrypted communication technologies into Internet-enabled devices.

“You guys are all the firefighters, and we need you to help us fix this.” (1)

Confirming Snowden’s warnings in the same month were reports of the CIA coming under investigation for allegedly spying on the Senate Intelligence Committee.

According to the allegations, CIA agents hacked into the computers of Senate staffers who were working on the exhaustive and detailed report revealing the CIA’s detention and interrogation practices.

Christopher Anders of the American Civil Liberties Union described the situation as the intelligence agency placing itself above the law in nearly all of its practices, whether foreign or domestic.

“CIA surveillance of Congress would be another sign that the intelligence community has come to believe that they are above the law, and should get only deference from the other branches of government, not the meaningful oversight that’s required by the Constitution.”

March wasn’t the first time this year that Snowden warned the world of the threat posed by intelligence agencies spying through Internet-enabled devices. In February, some of Snowden’s leaked documents revealed that British Intelligence had intercepted millions of images from transmissions from Yahoo webcam users – most of which were not criminals, nor even suspected of criminal activity.

The leaked document described the effort as part of a surveillance program called “Optic Nerve”, which targeted a shocking 1.8 million Yahoo users around the entire world. (3)

The FBI Spies Using Webcams Too

Further proof of web-enabled device surveillance came in April of 2013, when a federal judge denied the FBI’s request to secretly install surveillance software on the computer of a suspected white-collar criminal.

In its request, the FBI openly revealed that it intended to not only search the computer hard drive to land evidence of an illegal financial transaction, but the feds also wanted to use the software to:

“…activate the computer’s built-in camera; to generate latitude and longitude coordinates for the computer’s location; and to transmit the extracted data to FBI agents within the district.”

The judge – part of a justice system that will hopefully continue to protect citizens from the government’s overzealous surveillance efforts when it can – berated the feds for using such dangerous software in such a sloppy and careless manner.

“What if the Target Computer is located in a public library, an Internet café, or a workplace accessible to others? What if the computer is used by family or friends uninvolved in the illegal scheme?” (4) 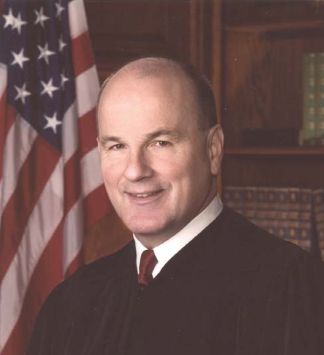 Unfortunately, Judge Stephen Smith may be in the minority.

In a paper that he wrote in 2002 titled “Gagged, Sealed & Delivered”, Judge Smith took a stand against the overwhelming number of secret surveillance orders approved by federal judges each year. Smith wrote:

“Through a potent mix of indefinite sealing, nondisclosure (i.e., gagging), and delayed-notice provisions, ECPA surveillance orders all but vanish into a legal void. It is as if they were written in invisible ink—legible to the phone companies and Internet service providers who execute them, yet imperceptible to unsuspecting targets, the general public, and even other arms of government, most notably Congress and the appellate courts.” (2)

There is more than enough evidence here that proves that clandestine agencies in the U.S. government are regularly working on new ways to spy on people – and not all of those people are criminals. Some of those people are innocent civilians, and considered “collateral damage” when those agencies inadvertently collect your private communications and even your webcam captures.

Protecting Yourself In the Future

What will drive the tech industry to incorporate secure, encrypted communications into its devices will be consumer demand.

This means that when you do go shopping for Internet-enabled devices and appliances, the criteria at the top of your list should be the integrated security of that device. Are all transmissions encrypted, and what level of encryption does it use? 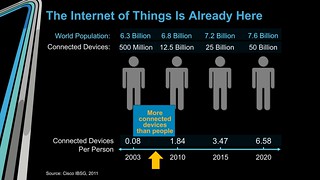 If companies do not embed security into these new generation of devices and appliances, then it’s worth writing to the company and asking why not.

Bottom line – every Internet-enabled device of the future should have a sticker assuring the buyer that all Internet transmissions of data are encrypted. If there’s no such sticker, don’t buy it.

Are you concerned about the future security of the Internet of Things? Will you buy these devices for your home? Share your thoughts in the comments section below!