Is the Production of GM Crops Increasing Cancer Rates Near Farms? 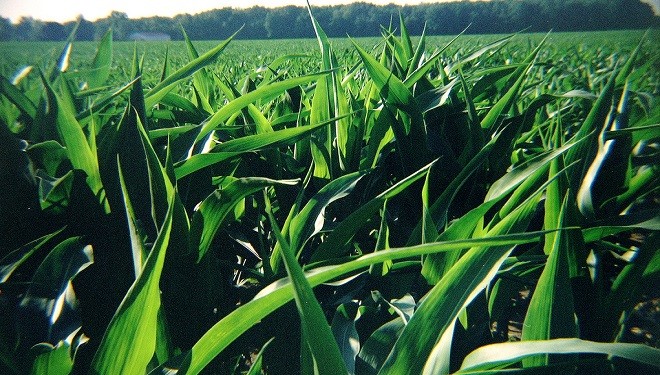 SallyPainter view more articles
Facebook 0 Twitter 0 Pinterest 0 Google 0 LinkedIn 0
In June 2014, the Argentina publication Página/12 published an article titled “FUMIGATIONS DOUBLE THE NATIONAL CANCER DEATH RATE – Insecurity in the field”. The article announced the findings of a cancer study for agriculture regions, specifically, the areas where GM crops and agrochemicals are used. The results of the study were alarming. (1)

The Ministry of Health reported that the agricultural region of Córdoba had the highest rate of deaths from cancerous tumors. But what made the report so disturbing was that the region’s death rate was found to be twice that of the national death rate due to cancerous tumors.

The comprehensive report for the province was a compilation of five years of data with the agricultural “pampa gringa” area having the highest number of deaths from cancerous tumors. The “pampa gringa” area is where the “most transgenic and agrochemicals are used. And where the death rate is double the national average”.

According to the published report, there is a direct correlation between the use of GMO crops designed to resist the heavy spraying of herbicides and the increase in cancer related deaths. The region where the cancer death rate is twice that of the national average relies on GMO crops and their companion herbicides in its agriculture practices. (2)


Cancer on Rise in Agriculture Areas

The investigation was published in “book form” titled, “Report on Cancer in Cordoba 2004-2009”. The agency charged with preparing the report was the Provincial Tumor Registry and the Department of Statistics and Census. The results of the investigation were presented to the Legislature by the Minister of Health, Francisco Fortuna, and the director of Provincial Cancer Institute, Martín Alonso.

“Once again, what we have complained about for years was confirmed and especially what doctors say about the sprayed towns and areas affected by industrial agriculture. Cancer cases are multiplying as never before in areas with massive use of pesticides.”

He demanded measures be taken to protect the people living in those areas. (1)

The massive use of pesticides is attributable to the introduction of GM crops designed to resist the powerful pesticides, such as Monsanto’s Roundup. This herbicide is a glyphosate, which is a “broad-spectrum systemic herbicide used to kill weeds” especially those found in commercial crop fields. (3)

Like many other countries, Argentina has seen many protests over the use of GMO crops and specifically Monsanto. In June 2014, the Cordoba Legislature voted on a draft environmental law that protestor Esther Quispe claimed, “The new draft law environment is tailored to Monsanto and mega ventures.”

During the protest outside the Cordoba Legislature police “attacked” the protestors with tear gas and rubber bullets. (4)

The report about escalated cancer related deaths (cited in Página/12 article) used the 2012 data published by the “International Agency for Research on Cancer (dependent of the World Health Organization)” for comparisons. The 2012 report concluded that the mortality rate for Argentina was 115.13.

However, the rates discovered during the investigation reflected much higher death rates in four Cordoba departments, “Marcos Juárez (229.8), President Roque Sáenz Peña (228.4), Union (217.4) and San Justo (216.8)”. These departments are located in what’s known as the “pampa gringa” area of Cordoba. Departments are the “second level of administrative division in the provinces of Argentina”. (5)

“There is evidence of high levels of genetic damage in people of Marcos Juárez, which may result in unintentional exposure to pesticides.”

According to Dr. Manas, the chemical glyphosate that is also the herbicide Roundup was found in the lakes, soil and surprisingly, even in the rainwater. Yet, according to Página/12, even with years of research and all this data that was “confirmed” by 15 scientific journals, the government still hasn’t moved against pesticide use in agriculture, specifically the affected “pampa gringa” area.