Protestors Stand Up to the Power of Israel in America 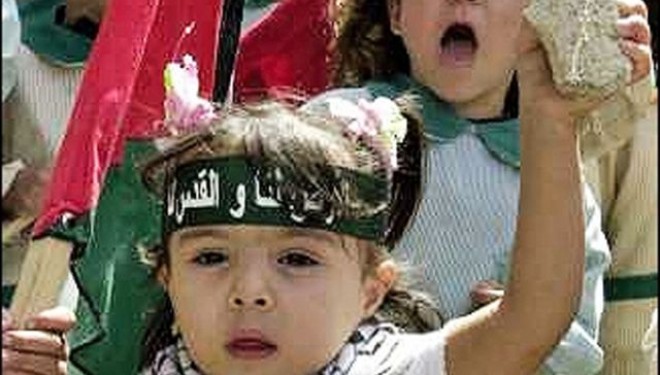 Last weekend, anti-Israel protests converged at the Port of Oakland to block the arrival of an Israeli cargo ship owned by Zim Integrated Shipping Lines. The protest marks the beginning of a new protest tactic – a grass-roots blockade of the shipment of goods to put financial pressure on companies doing business with Israel.

Before I get TSW accused of being anti-semitic, it’s important to point out the many pro-Israel and pro-Jewish posts we’ve published through the years, such as the tragic story of Israeli spy Jonathan Pollard’s imprisonment, or Israel’s impressive capture of an Iranian spy carrying photos of the U.S. Embassy.

There have been clues pointing toward the U.S. investing in a five-story secret underground facility inside of Israel. There’s overwhelming evidence of Israel intentionally attacking the USS Liberty, and the U.S. government looking the other way, and many other cases where U.S. leadership treats Israeli transgressions against the rest of the world community with kid gloves.

The weak U.S. stance against Israeli aggression in the Middle East, as well as a growing awareness of the atrocities committed by the Israeli military, is potentially driving these growing U.S. protests.

The protest on the weekend was moderately successful. Even though the ship eventually did dock at the Oakland International Container Terminal on Saturday, it could not unload either Saturday or Sunday, because dockworkers refused to cross the picket lines for safety concerns.

Andy David, the consulate general of Israel to the Pacific Northwest was quick to try and pull the “terrorist” card on the protesters, telling the Oakland Tribune that the protest was “nothing short of political terrorism”.

The non-violent movement, self-labeled “Block the Boat” is hardly a terrorist organization, and is planning to attempt similar shipment blockades up and down the West Coast, at ports in Tacoma, Seattle and elsewhere.

These days, many Americans are immune to news of Israeli strikes in Gaza, or Palestinian attacks inside Israel. However, to get a clear picture of the level of violence inflicted by each side, it’s important to take a clear look at the scale of each attack. 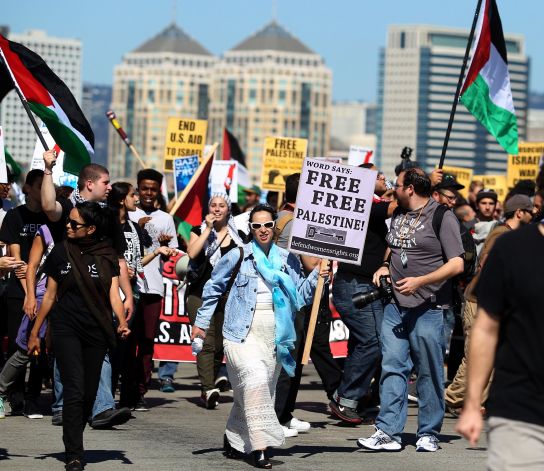 It was roughly a year ago that Secretary of State John Kerry brokered a short-lived peace deal. From then until today, there were occasional attacks on both sides – with Hamas launching rockets into Israel, and Israel sending its military repeatedly into the Strip to hunt down and take out Hamas leadership.

However, things took a dark turn in June of this year, when three hitchhiking Israeli teenagers were kidnapped. Israel launched “Operation Brother’s Keeper” – a massive military incursion that led to the detention of 300 Palestinians. Israeli Prime Minister Netanyahu, without presenting any clear evidence linking Hamas to the kidnappings, claimed to know who the culprits were, and that it involved members of Hamas.

Rockets fired from Gaza caused a fire in a paint factory in Southern Israel, and fanned the flames of Israeli military action.

Israel sent in jets to strike 20 locations inside Gaza, firing 62 rockets, which according to Palestinian officials killed three militants and wounded over a dozen civilians.

The bodies of the teens were eventually located buried in an open field, near their burned-out car, leading Netanyahu to proclaim that “Hamas will pay”, and “may God avenge their blood.” Once again in July, Israel launched another series of airstrikes inside of Gaza, followed by the kidnapping of a Palestinian teen in Jerusalem. It was later discovered that Israeli extremists had burned him alive.

At one of the protests of Mohammed’s death, police beat his 15-year-old cousin, Palestinian-American Tarek Abdul Khdeir – an American citizen.

While one would think the deaths of both Palestinian and Israeli teens – and the amazing reconciliation between the two families – would spark self-reflection and a new dialogue of peace between the two sides, the exact opposite occurred, thanks to Israel.

On July 8th, Israel launched “Operation Protective Edge”, the first phase of which was another wave of airstrikes, and the call-up of thousands of reservists. The UN Security Council warns both sides against an escalation in violence. The United States makes no public comment, although President Obama at least called Netanyahu, offering to mediate a cease-fire – an offer that was declined, claiming that rockets were being intercepted by the Israeli defense system at a rate of six per hour.

By July 11th, the Palestinian authorities and the Gazan healthy ministry reported that at least half of the victims of Israeli airstrikes were women and children. On July 13th, Israel launched a small-scale incursion into the Strip. By the 14th, the death toll on the Palestinian side reached 175 dead, including four young boys killed while playing on a Gaza beach, right in front of foreign journalists.

The pattern continued over the next month – a series of military actions into Gaza, missile strikes, the discovery of tunnels and weapons caches, and a constant barrage of Hamas missiles getting intercepted on their way into Israel.

On August 19th, both sides finally agreed to a five-day cease-fire, but by this point over 11,000 Palestinian homes have been destroyed, sending families to shelters and creating a massive humanitarian crisis in Gaza. The crisis reveals the lack of respect for human life on the part of the Israeli leadership (seemingly not a terrorist organization like Hamas), awakening a massive outcry against Israel across the world.

In August, the worldwide outcry over the actions of Israel over the past few months reached a crescendo.

In combination with the Pacific Coast port protests in the U.S., this month represents one of the largest recent public movements against the State of Israel in many years. Yet, for some reason, the United States leadership remains non-committal when dealing with Israeli aggression – never speaking out or condemning the excessive use of force, nor making a move to avert the humanitarian crisis in Palestine.

The reason for this becomes clear when you follow the money. In an interview at Democracy Now, Glenn Greenwald explained it best.

The Snowden documents demonstrate an extremely close relationship between the NSA and U.S. intelligence agencies, in general, and the Israelis. It demonstrates that there are large amounts of cash, unaccounted-for cash, being transferred from the NSA to Israeli operatives, and that the specific information that the Israelis have and that they use to target people in Lebanon or in Gaza or the means that they have to assert occupation and control over the West Bank come in large part directly from the U.S. government and from the intelligence gathered by the NSA.

In other words, the American leadership remains silent because to condemn Israel’s actions would be to condemn America’s part in the tragedy — the covert assistance to the Israeli war machine that is, at least today, hidden from the American public.

…the reality is that the U.S. is anything but a neutral party. We are the key ingredient in enabling Israeli aggression against their neighbors. And I just think, again, that that debate ought to be had honestly, rather than letting Americans pretend that they can throw up their hands and wash their hands of any responsibility.

It is more than likely that the Obama administration, and the U.S. State Department, continues to avoid taking a stance against Israel’s actions, because years later, once FOIA requests turn up the facts about America being in bed with Israel, President Obama’s statements will reveal hypocrisy and dishonesty. Hence, silence is the only available option.

Unfortunately, this emboldens the Israeli leadership with a free pass to use overwhelming force, willingly inflicting collateral damage without any thought for the young lives and innocent families that are destroyed.

This is a hot-button issue, with heavy emotion on each side – so feel free to share your own thoughts about the Gaza conflict as it stands today.