Was the Ukraine UFO a Covert Russian or US Craft? 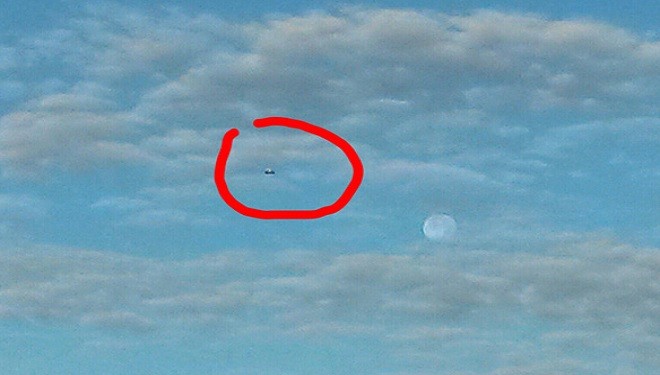 Dennis view more articles
Facebook 0 Twitter 0 Pinterest 0 Google 0 LinkedIn 0
Many people believe that the bulk of UFO sightings are the result of secret government aircraft either being tested or used.

In some cases, that theory has proven to be true. (1) Even though the occasional confirmation that a UFO was actually a secret government aircraft does not prove that all UFO sightings are such aircraft, but it does lead one to speculate which of the sightings out there can be explained with the more plausible explanation.

One such case that comes to mind is the UFO sighting that occurred in the Ukraine July 2014 near Izmail. With all of the military activity in the region, it is definitely a possibility that the UFO was actually a piloted aircraft or a UAV (drone) flying over the region, both of which Russia and the US have no shortage of.

The sighting was reported to MUFON on August 1st, but was said to have taken place on July 24th around 6:30 in the morning. During this time, the witness stated that he saw a noiseless, metallic object flying in the skies above Izmail.

Even though the witness stated that there was no noise or light coming from the object in the sky, he did claim to see: “Around the object there is a discharge of air, like plasma.” (2)

In the report, the witness provided 5 different images of what he claimed to have seen. Unfortunately, like most pictures snapped during a UFO sighting, these images provided very little detail.

Poor quality pictures notwithstanding, those who did view the pictures immediately associated them with either a helicopter or some sort of drone. With all of the military activity in the Ukraine, it is not hard to believe that some unidentifiable object flying over the Ukraine skies could be that of either the United States or Russia.

However, proving that hypothesis to be true is another matter. Unfortunately, there is no smoking gun piece of evidence than can definitively say what the object in the image truly is. However, both Russia and America have a number of aircraft, especially drones, that could easily be mistaken for a UFO.

It has been recently reported that a pizza restaurant in Russia, DoDos Pizza, will start delivering pizza via drone.

According to the manager, “We already sold six pizzas in one and a half hours using a drone, it is a real business model.” (3)

Interestingly enough, the drone in the pizza delivery video does seem to resemble the so-called UFO reported to MUFON. That is not to imply that the Russians are dropping pizzas on the Ukraine, however, it is a pretty safe bet that if a Russian pizza joint has access to these drones, the Russian government could easily have them and so much more at their disposal.

Since Izmail is adjacent to the Danube River, some speculation has be thrown towards the U.S. Naval Research Lab (NRL).

Even though the shape of the XFC does not really resemble the figure in the image, it is highly unlikely that the XFC is only available design that allows a UAV to be launched from a submerged submarine.

Even though these two examples do not prove that the Ukrainian UFO was actual a man-aircraft or drone, it does prove that these vehicles come in all shapes and sizes.

Additionally, with the widespread governmental and corporate use of the drone, someone mistaking a drone for a UFO is highly possible now more than ever.