How Fukushima Affected America & What You’re Not Being Told

SallyPainter view more articles
Facebook 0 Twitter 0 Pinterest 0 Google 0 LinkedIn 0
Have the American people been told the truth about the radiation plumes from the damaged Fukushima plant and ocean contamination? The general public is suspicious and distrustful of the official line concerning the threat of radiation from the Daiichi plant disaster. This is especially worrisome since the Daiichi nuclear plant event has been rated the same Level 7 as the 1986 Soviet Union Chernobyl nuclear plant disaster.

The Institute of Radiation Protection and Nuclear Safety (IRPNS) in France created a video to demonstrate the plume disbursements from the Fukushima accident titled “IRSN Contamination of the Environment”. The documentary outlines the movement of the atmospheric plume that passed over the US during the first week of the release of radioactive materials from the plant. (1)

The risk from radioactive iodine was minimal since it has an 8-day half-life. But, the radioactive cesium can stay in soil layers for several decades. Rain and snow aid the radioactive material in falling to the ground and embedding into the soil.

This science is seen in the hot spots around the Fukushima plant region that were not within the range of the initial plume. Aided by the wind, rain and snow, the radioactive particles were carried beyond the plume range and now contaminate the soil.

The radioactive fallout that fell over the Northern Hemisphere measured the same level as the radiation fallout from the 1960s nuclear bomb tests. The danger of the atmospheric plume release is viewed as more threatening than the ocean plume.

Even with various scientific explanations, there still remains fear and panic for those living in North America, especially those on the west coast.

The lack of communication has played a destruction role. For example, no one knows just how much radiation was leaked from the Daiichi plant. Much of the science behind the figures used is estimation. (2)

BBC News Asia reported in September 2013 that the radiation levels at Fukushima were 18 times higher than originally believed. (3)

Part of the public confusion and distrust can be traced back to Japanese officials and how information has been communicated about the Daiichi nuclear plant in Fukushima. The communication between the power company Tepco and the Japanese government has further muddied the waters of truth.

For example, in August 2013, the International Atomic Energy Agency (IAEA) complained when local Japanese regulators used the International Nuclear Event Scale (INES) to assess a huge ground spill from one of the Fukushima tanks.

The Japanese regulators assigned the spill an INES Level 3. This was the first time the government authorities had used the scale although there have been numerous events since the March 11, 2011 catastrophe. This alerted the news media and, combined with a lack of understanding about what the INES levels meant, sent a new wave of confusion and panic throughout the world. 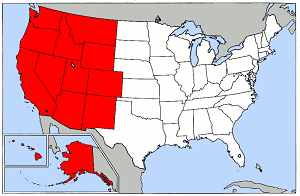 Is Fukushima to Blame for West Coast Birth Defects and Marine Life Diseases?

Are the reports of increased birth defects of children born on the West Coast, specifically Washington State, related to the Fukushima nuclear plant disaster or are they the result of homegrown contamination, such as the decades old leaking Hanford nuclear dump site in Washington State? (4)

Instances of animals and marine life suffering mysterious illnesses continue to spread across the Internet with fingers pointing at Fukushima, but is that what’s really going on? There are countless stories being cited on various websites about marine life suffering from radiation. One such series of stories are about Alaskan polar bears, seals and walruses losing fur and suffering from lesions. Cases have also been documented in Russia and Canada as well as the Bering Strait region. (5)

The sick animals began surfacing in December of 2011 and the spring of 2012. Wildlife experts were baffled and continued testing until the investigation was closed in 2014. The investigators were unable to determine the cause, having contemplated theories such as the Arctic ice cap melt possibly being responsible for forcing walruses to move further onto land thereby exposing them to elements they’d normally not be in.

Of course, radiation from Fukushima seems to be the most popular topic discussed by the public. Natural News points out that the timing of the illnesses with the Fukushima event makes many people believe that the animals suffered from radiation poisoning, since in many cases their internal organs showed signs of deterioration, enlargement and internal bleeding. (6)

Whatever the cause, the public attention has intensified on the Pacific Ocean plume. The plume is being tracked and was believed to reach Hawaii and the North American West Coast sometime in March or April of 2014 and will peak in 2016.

Monitoring the Radioactive Plume along the West Coast of America

The reports that there is no US government agency designated to monitor the radiation levels along the West Coast alarms the general public. Two universities have joined forces under the direction of Dr. Steven L. Manley (Department of Biological Sciences, California State University- Long Beach) and Dr. Kai Vetter (UC Berkeley and Lawrence Berkeley National Laboratory) who co-created Kelp Watch. (7)

In August 2014, Berkeley announced that the Iodine-131 detected in kelp along the coast of southern California didn’t come from Fukushima. While there were 2011 detections of Fukushima I-131 in California kelp, those readings were made eight days after the I-131 was released into the atmosphere on March 12, 2011. It was detected in southern California kelp eight days later. According to Kelp Watch, the 2011 radioactive iodine “has long since decayed away”.

I-131 decay has a half-life of eight days, meaning the density is only half of the original on the eighth day. There are two other possible sources for the recent detection of I-131 in kelp – radiopharmaceutical and hydraulic fracturing, also known as fracking.

So what about the threat of radio-cesium that has a two-year half-life? The group’s radio-cesium data shows, “this seawater has yet to contact the west coast of North America”.

The group has over 40 sampling sites from Baja, California all the way to Alaskan coastlines. The team is conducting regular tests for signs of Fukushima isotopes of cesium-134 and cesium-137. So far, the group reports no findings of either. (8)

Other monitoring efforts have been spearheaded by the state of California with ongoing testing of water and sand. Oregon has been conducting its own testing, but Washington State doesn’t have a water monitoring program. (9)

No Radiation along West Coast Found

So, is the lack of radiation being reported along the West Coast a cover-up and conspiracy or could it be a very scientific and simple answer?

One possible explanation for the lack of radiation showing up in kelp can be found in the research conducted by the Climate Change Research Centre at the University of New South Wales in Australia.

The researchers built a computer model to simulate the ocean currents and conducted 27 simulations. The results indicated that the Kuroshio Current and the Kuroshio Extension currents off the eastern coast of Japan would aid in diluting the Cesium 137 and other radioactive materials. The diluted radiation would fall “well below the World Health Organization’s safety levels in just four months after the nuclear plant accident”. (10)

The team used the model to predict the radiation path to the “continental shelf waters” – 180 miles offshore of the US. “About 10 to 30 becquerels (units of radioactivity representing decay per second) per cubic meter of cesium-137 could reach U.S. and Canadian coastal waters north of Oregon between 2014 and 2020. (Such levels are far below the U.S. Environmental Protection Agency’s limits for drinking water.)”

California is predicted to receive only “10-20 becquerels per cubic meter from 2016 to 2025”. The project demonstrated that the “majority of the cesium-137 will remain in the North Pacific gyre — a region of ocean that circulates slowly clockwise and has trapped debris in its center to form the “Great Pacific Garbage Patch” — and continue to be diluted for approximately a decade…” The model showed 25% of the radioactive materials would travel to the Indian and South Pacific Oceans over two or three decades.

What made polar bears and marine life develop lesions and caused fur to fall out? Was it radiation poisoning as some claim? Has most of the ocean plume been captured by the Pacific Gyre held in perpetual circling for the next two or three decades? Is the threat of radiation from Fukushima over or is it just beginning? Perhaps the world won’t truly know the damage done to the planet for several decades.