Why So Much Secrecy Around MH17 Crash Investigation? 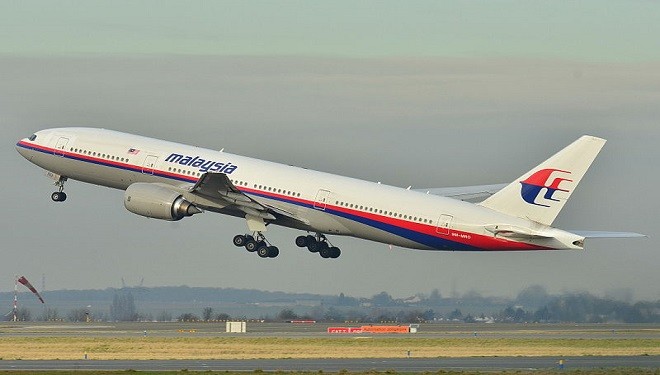 GabriellePickard view more articles
Facebook 0 Twitter 0 Pinterest 0 Google 0 LinkedIn 0
On August 8 2014, the Netherlands, Ukraine, Belgium and Austria signed a non-disclosure agreement. The agreement related to data acquired during the investigation into the causes of the Malaysian Airline MH17 crash. Details of the four-country agreement will however remain classified.

Could the decision to keep the causes of the crash hidden be due to the fact the truth is inconvenient?

Flight MH17 was shot down near the Ukraine/Russian border on July 14,2014 with 298 people on-board. The decision not to release details of the data obtained about the crash was made during a briefing which took place in Kiev. In (1) the words of Yuri Boychencko, Representative of the Deputy High Commissioner for Human Rights, the results of the investigation will only be published:

“If a consensus agreement of all parties that have signed the agreement prevails.”

What’s more, any one of the four nations has the right to veto the publication of the investigation’s results without explanation.

It is immediately apparent that the four nations involved in the agreement and therefore in the official investigation are US allies and are hostile towards Russia.

Furthermore, one of the signatory nations, Ukraine, is currently at war against Russia over the disputed territory of Crimea and is a prime suspect for having shot down the Malaysian plane. Many initial (2) Western reports about the downing of the MH17 supported the Ukrainian government’s line that the shooting of the plane was carried out by local pro-Russian rebels in Ukraine. Furthermore, much of the Western media even speculated it was perhaps Russia itself which had downed the airliner.

Either way, the Western media showed no mercy (3) in stating that President Putin should be responsible for the downing of the MH17 plane.

According to some reports, Obama’s Ukrainian stooges intentionally shot down the Malaysian airplane in order to blame Russia to heighten sanctions against them. As (4) Washington’s Blog writes:

“Information continues to pour in confirming the retired Lufthansa pilot Peter Haisenko’s reconstruction of how that Malaysian airliner came to be downed over the war-torn Ukraine, the place to which Obama’s Ukrainian stooges had guided it and then shot it down in order to blame Russia for the tragedy so that Obama’s international sanctions against Russia could be increased.”

In the wake of the shooting, the US Secretary of State had some pretty (5) forthright messages on what the European Union should do in the likelihood that the surface-to-air missile used to down the plane “had to have come from Russia”.

The evidence that suggests the attack was carried out by Russia, says Clinton, should inspire Europeans do to much more in toughening their own sanctions and make it clear that there “has to be a price to pay”.

Following the signing of the non-disclosure agreement, the Ukrainian unicameral parliament, the Verkhovna Rada of Ukraine, endorsed the agreement to allow for the participation of Malaysian officials to participate in the investigation.

As Global Research writes, the immediate results of the Malaysian Boeing 777 disaster would “directly prove the innocence of Russia and/or the Donesk militia”.

Just one day after the tragedy, which left 298 people dead, took place, Russia’s Channel One broadcast a news story informing watchers that the entire shooting of the MH17 was orchestrated by the United States, the CIA specifically. Viewers were informed that the:

“US orchestrated this because Ukrainian government is not sophisticated enough to orchestrate this.”

Channel One – which is financially supported and editorially controlled by Vladimir Putin – also (7) informed viewers that Russia’s swift economy and the progress of the BRIC nations – Brazil, Russia, India and China, had “inspired the United States to try [to] damage Russia’s economy”.

As Top Secret Writers reporter Seamus (6) recently wrote, the suggestion that it was CIA-backed Chechen rebels which shot down in MH17 in Ukraine does not surprise him.