Data Shows Quality of Life, Not Vaccines, Save Millions of Lives

SallyPainter view more articles
Facebook 0 Twitter 0 Pinterest 0 Google 0 LinkedIn 0
In a very detailed and lengthy article, the Child Health Safety website details two centuries of statistics for diseases for which modern science has created vaccines. Science also claims that these vaccines are responsible for the decline of the disease and related deaths. (1)

However, the website states that the data collected from the UK, USA and Australia on official death statistics contradicts such claims. It contradicts two centuries of vaccination successes and states that the graphs “show conclusively and scientifically modern medicine is not responsible for and played little part in substantially improved life expectancy and survival from disease in western economies”. (2)

While an expected significant decrease in the rates of infectious death due to the introduction of the vaccine into society should be seen, the charts and graphs tell a much different story based on the data used by the website.

Instead of attributing the decline of the diseases to vaccination, Child Health Safety claims the decline is due to better food, clean drinking water and improved living conditions, such as better sanitation and a decrease in overcrowded living as some of the main contributors to the eradication or near eradication of what were once deadly epidemic diseases.

One thing that stands out is that with the world population increasing, the rate of disease doesn’t increase, but continues to decrease, especially in countries with a higher quality of living.

The long list of charts track diseases and the introduction of vaccinations. For example, the chart depicting the progression of measles in England is followed by a steep incline then with a drop between 1968 and 1969, followed by a sharp spike from 1970 to 1972. The rate then continues to drop until 2010 when the measles mortality rate in the US is just 4 in 100 million.

Another instance cited that claims that the credit given to vaccines is false is a chart depicting smallpox in Leicester, England. Edward Jenner created the first successful vaccination for smallpox in 1798. However, the City of Leicester in England “abandoned” the smallpox vaccinations between the years 1882 and 1908.

The results state, “The success of the City of Leicester, England was remarkable in reducing smallpox mortality substantially compared to the rest of England and other countries by abandoning vaccination between 1882 and 1908.”

In yet another graph that demonstrates the death rate for diphtheria, the chart shows a remarkable drop between 1942 and 1947 or 1948. However, the two official sources of data used to verify the statistics reveal that most children weren’t vaccinated until after 1946 and even then half of the children 10 years or under still hadn’t been vaccinated.

“The fall could not be attributable to vaccine ‘herd immunity’ [for diphtheria this is claimed to require 80-85% vaccine coverage: Herd immunity-concepts of control UK Health Protection Agency].”

The analysis goes on to seek out other possible causes for the decrease in diphtheria mortality. It concludes that a free school milk program, subsidized meals and free medical exams for children in public schools meant improved nutrition and health care.

Two examples of vaccines not working are given. The first is the collapse of the old Soviet Bloc and the impact this had on the economy. Those left in poverty like those in Africa suffer and child deaths to diseases occur despite vaccinations.

However, there are no charts and graphs to accompany this comparison. The website states, “It has been estimated vaccines prevent 25% of the deaths of these children, so 75% still die. If there were effective treatments, we could save their lives.”

In addition to the graph used for discussing the decline in measles mortality, the data cited on the website shows that UK doctors over-diagnose measles by 7400%. This sounds outrageous until the data is examined.

The difference in the number of laboratory confirmed cases versus the cases diagnosed by physicians is like a Grand Canyon. Between October and December 2004, the cases of “measles, mumps, and rubella diagnosed in England and Wales were 589. This breaks down as: Notified: 474, Tested: 589, Confirmed cases: 8.”

Out of 589 children tested only 8 cases were confirmed by the laboratories. That is a disturbing range of incorrectly diagnosed children. For cases of measles in weeks 40-52 in 2005: Notified: 408, Tested: 343, Confirmed cases: 22

The graph used to track measles cases in the US, showed the number of cases was falling regardless of vaccinations. The 2010 mortality rate for measles was 1 in 25 million without vaccines. 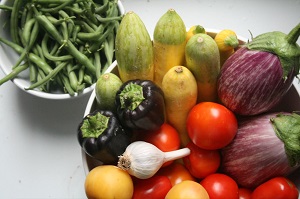 It’s important to also note that as the number of cases declined, so did the severity of measles and its long term complications. What is the reason for this? Could it be that the disease weakened or perhaps those who survived the early measles outbreaks were left with a strong immunity to the disease? Perhaps that immunity was then passed on to their children, grandchildren, great-grandchildren and so on.

Just because there is a vaccine available doesn’t necessarily mean it should be administered. For examples, the medical associations aren’t always on board with vaccinations. The British Medical Association (‘BMA’) and The Royal Pharmaceutical Society of Great Britain (RPSGB) state that “mumps vaccination is clinically inappropriate”. That’s because it is very rarely serious and there “is little indication for the routine use of mumps vaccine”: British National Formulary (‘BNF’) 1985 and 1986.

With this overwhelming comprehensive analysis of data compiled into charts that are easy to understand, should the medical world of vaccines be re-examined? Do vaccines work only 25% of the time? If so, should they be considered mandatory for children and necessary for admission to public schools? (3)