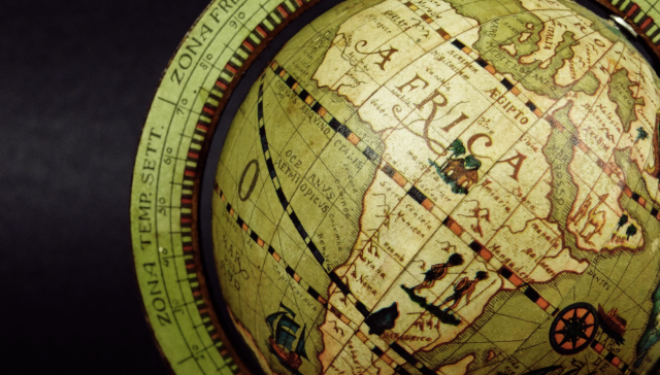 Ryan view more articles
Facebook 0 Twitter 0 Pinterest 0 Google 0 LinkedIn 0
You might be used to hearing claims that the U.S. created deadly diseases like AIDS from wingnut conspiracy theorists, but in September, it was a quite sane Delaware State University professor who claimed that the United States government had manufactured the Ebola virus and is the culprit behind the current outbreak.

Professor Cyril Broderick, Associate Professor in the agriculture and natural resources department, wrote an article for the Daily Observer, a major Liberian newspaper, earlier in September. News outlets like the Washington Post wasted no time trying to discredit Broderick’s article, claiming that the various reports cited in the article “were not cited in detail”, and disparaged Professor Broderick’s use of the thriller novel “The Hot Zone”. (1)


The newspaper referred to Broderick’s article as “semi-intelligible”, and tried to discredit him because he quoted “several conspiracy web sites, including Global Research and Liberty Beacon.”

So how true are Broderick’s claims, and how justified are media outlets in attempting to discredit him?

Dissecting the article in detail is an interesting exercise, because it shows that even though Broderick made the mistake of citing some questionable sources, like a fictional novel or not very reputable websites, the truth is that he also cited some very legitimate sources.

So which claims withstand scrutiny?

Claim One – Ebola Is A Genetically Modified Organism (GMO)

Broderick’s claim that Ebola is a genetically modified organism created by the United States was supported by a citation of Dr. Leonard Horowitz’ book, “Emerging Viruses: AIDS and Ebola – Nature, Accident or Intentional”. 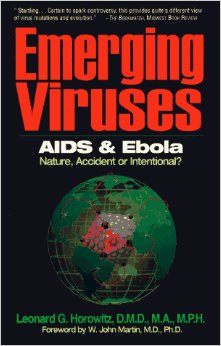 In that book, Dr. Leonard Horowitz – an award-winning author with a Harvard Degree mind you – described the many documents and National Institutes of Health contracts that detailed how chimpanzees were contaminated with various viruses in order to produce “hundreds of hepatitis B vaccine doses administered to central African Blacks along with homosexual men in New York City at precisely the time Dr. Myers and colleagues claim the origin of HIV ‘punctuated event’ occurred.”

Broderick highlighted an interview in Horowitz’ book with Dr. Robert Strecker, where Strecker explained that the manufacture of “AIDS-Like Viruses” in Fort Detrick prove that the U.S. manufactured the Ebola virus – specifically, Strecker’s mention of “the Ebola Building” at Fort Detrick.

Conclusion: While this citation is strong due to the credentials of the author, the conclusions of the author are supported with circumstantial evidence – the claimed existence of a “Ebola Building” at Fort Detrick. However, this claim is certainly supported by a historic anecdotal record, and more recently Ebola was admittedly under research at Fort Detrick. For example, in 2004, one U.S. scientist was placed in a special isolation unit at Fort Detrick after she accidentally pricked herself with a needle while working with mice infected with Ebola. (2)

The next claim by Broderick is taken directly from a Global Research article written by Jon Rappoport titled “West Africa: What are US Biological Warfare Researchers Doing in the Ebola Zone?”

The claim is that the WHO and the UN:

“…have been implicated in selecting and enticing African countries to participate in the testing events, promoting vaccinations, but pursuing various test regiments.”

The claim is that there are stories that the U.S. Department of Defense funded Ebola trials on humans only weeks before the Ebola outbreak in Guinea and Sierra Leone. Cited is the $140 million contract to Canadian pharmaceutical company Tekmira for Ebola research (this is true).

Broderick goes on to claim that Tekmira’s research involves “injecting and infusing healthy humans with the deadly Ebola virus. The core evidence provided for this is clinical trial NCT02041715 where the DoD was listed as a “collaborator”.

Conclusion: Broderick’s wording is deceptive. He claims the U.S. Government was infecting healthy humans with the “deadly Ebola virus”, when in fact the testing referenced actually involved injecting humans with a weakened Ebola virus – a.k.a., vaccination testing. At least Broderick listed the actual clinical trial number, making it easy enough to find on ClinicalTrials.gov.

The clinical trial dated January 9th, 2014 lists Tekmira Pharmaceuticals as the Sponsor, and the Department of Defense as Collaborator. Phase 1 of the trial involved “single ascending dose (SAD) study followed by multiple ascending dose (MAD) cohorts in healthy male and female subjects.” The Intervention listed was, “Drug: TKM-100802 for Injection”.

TKM-100802 is not a “deadly Ebola virus” as Broderick claimed, but instead it’s made of of bits of genetic material called siRNA that scientists believe can stop the Ebola virus from replicating.

The one odd thing about this January 9th, 2014 trial is that it came months before the experimental drug was tested on and shown to cure monkeys of the Ebola virus in August of 2014. However, the location of the study was listed as Healthcare Discoveries in Texas, not Africa. Furthermore, the trial was suspended, and never completed.

The first actual Ebola vaccine tests conducted by the U.S. took place at Walter Reed Army Institute in October of 2014, where 39 healthy volunteers were injected with the VSV-EBOV vaccine. (3)

The real link to African Ebola was found in Asian fruit bats tested in Africa all the way back in January of 2013. (4)

The next claim is that the UN vaccination program for HIV/AIDS and Polio was actually a secret operation to inject African citizens with the Ebola virus.

This claim isn’t really worthy of discussion, as the only evidence provided for it is the timing of the UN vaccination program in close proximity to when the Ebola outbreak started. Of course, the fact is that the UN vaccination program is pretty much an ongoing endeavor from year to year, making that a pretty poor piece of evidence to try and correlate to the Ebola outbreak.

Still, just because a connection is loose doesn’t stop many folks from treating them as solid. Moving on….

The problem with Broderick’s letter is that it is based on so much non-credible information that it forces everyone to throw out the baby with the bathwater. What’s the baby?

Well, the gem in all of this is the U.S. Government’s work with the Ebola virus through the years at Fort Detrick and other bioweapon defense research centers. This is an important vein of research to pursue, and how Ebola related research both domestically and in Africa were connected. Connections can’t be loose — or else your conclusions end up nothing more than rantings, and you’ll get dismissed as a “silly conspiracy theorist”.

Another problem with Broderick’s approach is that it feeds into the sort of Operation Infektion propaganda distributed by the KGB for many years, trying to convince an unwary public that the United States manufactured the AIDS virus at Fort Detrick.

The Russian propaganda machine actually produced many fake documents and claims that modern conspiracy theorists often use to “prove” that the U.S. has manufactured such viruses. Harrison Preston described Operation Infektion in great detail in 2012.

Broderick might have had his heart in the right place in writing this letter, but his research was too shoddy, and his citations were deplorable.

This is unfortunate, because a well-researched piece given the same sort of publicity and distribution as this one received, could have gone a long way to helping to spread some truth surrounding the history behind Ebola research and the current Ebola outbreak.