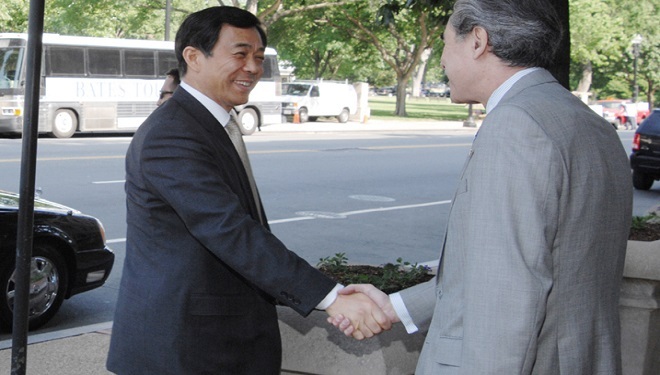 WC view more articles
Facebook 0 Twitter 0 Pinterest 0 Google 0 LinkedIn 0
The lives of two other men expose how such brutality is merely par for the course in China’s leadership. Take fallen star Bo Xilai, for example. This man was scheduled to be China’s number three during the leadership handover in 2012.

He was the darling of the party. Bo brought back Red traditions and had everyone singing old Mao’ist hymns. Bo was a charismatic man with a beautiful and successful wife and his son had studied at Harvard. He was a model of the new Chinese elite.

Unfortunately for Bo, he was too eager (1) and powerful (2). Fearing (3) he would become the next Mao, the communist party allowed his career to come to a halt. As with all such fallen leaders, his heretofore hidden secrets were exposed in order to discredit him. What those secrets showed, however, is a system rife with corruption, double dealing and even murder.

During his public excoriation, the party revealed how Bo had not only taken money, but lives as well. Beijing claimed that Bo was responsible for at least one dozen deaths. This body count did not include more than 100 casualties (4) from the jetliner that he had allegedly firebombed (5). The plane carried the wife of a competitor and Bo sent him a message – high flying party members have killer cred. If nothing else, Bo knew what it took to lead in China.

Bo’s homicides spanned decades, which the communist party readily admits. The question is: Why did it take so long to put Him in jail?

After all, the communist party has dossiers on all of it cadres and based on their intel, Bo had been a very bad boy for quite some tome. Why is it that his misdeeds were only exposed after he had fallen from grace?

Had Bo not been so greedy and had his wife not killed Englishman Neil Heywood (4), would the communist party have ever told us the truth? Or would Bo’s homicidal ways have been hidden from sight, just as those of Deng in the past?

The communist system is tightly controlled, as the wealth of information against Bo revealed. Once again, one has to ask why Bo was allowed to kill for such a long time.

“Isn’t the true story the incredible power that the members of China’s communist party wield, and what they are able to do within their country? Even if only a fraction of what they say about Bo and Gu are true, then it shows the almost demonic nature of Communist governance in China.” (6)

Another example of how China defines leadership can be found in Zhou Yongkan (7). Zhou just left office and was one of China’s most powerful men. Not surprisingly, he has been accused of murder and corruption, among other things.

Once again we see that Zhou was not actually charged with anything until he became a political liability. By this time, he was in his seventh decade of life, with around 50 years as a communist party member (8).

Surely Mr. Zhou, too, had a violent history and did not act up all of the sudden. Based on the communist party reports, Zhou had been dirty for quite some time. Once again, one has to wonder why it took Beijing so long to prosecute him.

One could argue that it merely took time for Beijing to build its case, but they would be wrong. Nowadays, Beijing turns a blind eye to communist cadre brutality as they have turned a blind eye to violence since the beginning.

Getting Away With Murder

“Come and get me if you are bold enough!” (6) (9), says a Chinese politician charged with genocide.

The only reason we know what these men have done is because they angered the party elite. Their punishment did not stem from their actions being illegal or wrong. On the contrary, both men climbed the communist food chain because they were good at what they did. The party knew about the deceit and deaths, the evidence clearly shows this, but they took no action until both men had turned against the system.

Beijing merely exposed the misdeed of these two as it became politically expedient to do so. This pattern has played out since the time of Mao. The depth of his madness will be covered up until it can be used to serve communist party objectives. Even today, Beijing has only exposed a fraction of documents detailing Mao’s inglorious past. Thirty four years after his death, they still protect his secrets.

Beijing did the same for The Chairman’s wife, who was not outed until Mao’s corpse had been filled with formaldehyde and put on public display. With Mao dead, no one was left to protect her and she paid for her acts. Of course, her treachery was immune from prosecution until her protector had been put in the dirt.

And so it goes in China.

Absolute control corrupts absolutely as communism in China clearly shows. People get away with murder, literally, until they anger enough of the party elite. Until that time, they bask in the protective cocoon of communist protection and save their money and ship their children off to Harvard and buy them American (10) citizenship (11). Until that time, it is merely a waiting game to see if depth of their deeds will ever be exposed.

The elephant in the room is that the communist party knows about these dirty little secrets and hangs them over the head of the ruling elite to keep them in line. One misstep and the guillotine of truth slams down on the exposed neck of the recently disgraced. 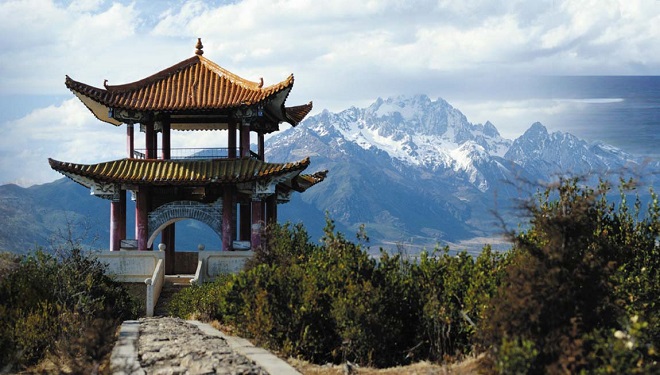 Bo’s son now lives in the USA, as do the in-laws of Zhou Yongkong, and even Deng Xiao Ping.

As a matter of fact, the land of milk and honey seems to be country of choice for the children of communist Chinese.

Rather than investigate the veracity of genocide claims against China’s leaders, “The ruling People’s Party introduced a law that would empower (Chinese) judges to investigate crimes against humanity, war crimes and genocide only if the suspect is a Spaniard…” (9)