Proof: CIA Uses Hollywood to Feed You Its Propaganda

Seamus view more articles
Facebook 0 Twitter 0 Pinterest 0 Google 0 LinkedIn 0
I watched the movie WALL-E with my nephew a few days ago. It is a cute piece of animated science fiction and packs in numerous environmental messages. I almost forget that it comes from the ruthless mega corporation Disney who is to blame for dodging lawsuits for water pollution. (1)

Moreover, the CIA and Disney have had a cozy relationship for a number of years. Robert Carey Broughton, Disney’s effects wizard, worked for the OSS in WWII. Disney makeup specialist John Chambers worked for the agency in the 60’s and the CIA is proud to say so. (2) (3)

Walt was so keen on the OSS he apparently designed an insignia for their special operations branch. It recently came out that high-level ex-CIA execs helped Disney amass a fortune of land in Florida. (4)

Obviously, the CIA’s involvement in the entertainment industry goes back to WWII under the aforementioned OSS. The relationship became more formalized under Mockingbird, which began almost immediately after the CIA’s establishment in 1947 (not in the early 50s as stated in official documents).

The CIA began promoting UFOs as alien vehicles by April 1952 in the mainstream press via assets like Henry Luce. However, there is evidence the agency and its lower level media assets were dabbling in and around Kenneth Arnold’s sighting. Good conduits for CIA disinformation appear to have been hucksters like Ray Palmer and those in the science fiction publishing fraternity. (5) (6)

The Guardian’s Karl Cohen wrote in 2003, circa 1954, the CIA bought the rights and funded an English animated version of Orwell’s “Animal Farm”. The irony is Orwell was making no comment about Communism, merely an appraisal of power regardless of ideology. (7)

However, misappropriation of book plot lines was no problem for the agency. In 2008, Professors Matthew Alford and Robbie Graham also writing for the Guardian described how the CIA funded the film adaptation of the U.S critical novel “The Quiet American”. Graham Greene, the author, disowned his Vietnam based book and called it a “Propaganda film for America”.

Perhaps the weirdest aspect of the CIA’s involvement in the fifties was putting the muscle on Hollywood to dress African Americans in good clothes and make them educated. Sure, this was a step up from the version presented in the 1920s and 30s. (8)

Films like “The Hurt Locker”, “Argo”, and “Zero Dark Thirty” bugged me. Sure, the films had some brilliantly acted sequences, and the production was top draw. Nevertheless, knowing the CIA’s role in these films was off-putting.

Steve Gaghan’s “Syriana” and Ridley Scott’s “Body of Lies” are critical portrayals. Hence, the CIA did not offer assistance, and they positively ran a mile from Jeremy Scahill’s documentary “Dirty Wars”. Indeed, the vast majority of indie documentaries are critical of the United States’ role in the Middle East. It is via these journalists and filmmakers we get a more accurate picture. It is not a flattering one.

Always try to look into what media projects the CIA are involved in. I enjoy “The Americans” on FOX; thus, CIA stuff is not all evil – some of it is good, vaguely informative entertainment. However, there is a bottom line so be aware any agency promoting itself on air is a recruitment drive. No matter how entertaining intelligence agencies pumping out TV shows can be, they have no business in entertainment.

The CIA gets Kooky with Hollywood

Alex Constantine is one of the better conduits of non-Alex-Jones kook conspiracy articles on the net. He attracted mine and Ryan’s attention recently by reprinting an article by Joanne Laurier entitled “Into the Shadows: The CIA in Hollywood”. The 2001 article discussed a documentary examining the CIA’s ties to Hollywood. Laurier adroitly described the documentary as a whitewash. I have to agree; anything touchy-feely coming from the CIA is a public relations exercise. (9)

Seven years later, there was another CIA snooze fest with “The Company”, a drama series that was yet another whitewash.

“In 1996, the CIA announced with little fanfare the dry remit of its newly established Media Liaison Office, headed by veteran operative Chase Brandon. As part of its new stance, the CIA would now openly collaborate on Hollywood productions, supposedly in a strictly ‘advisory’ capacity.” Global Research

Alford and Graham have had a long running battle with Agent Brandon, the person who commissioned the aforementioned banal documentary and drama series (these propaganda pieces were the CIA’s effort at openness).

However, Alford and Graham should have dug deeper as they pondered what precisely the CIA was doing. 1991 was the year Oliver Stone’s “JFK” came out. It caused a ton of controversy. By the mid 90s, the government was gearing up for what would become the ARRB. (10)

While the agency understood, the media would ignore much of the ARRB. Part of the Task Force “openness” plan appears to have been to combine potential government conspiracy with UFO fantasy.

Hence, the MJ-12 documents suspiciously re-appeared featuring Kennedy and Monroe. (11) It is no surprise to me the “X-Files” and other silliness like “Dark Skies” and “Roswell” became commonplace.

The shows had all manner of spook advisers, and X-Files creator Chris Carter became a cult hero supposedly searching for truth. The reality is he was an opportunist producer and intelligence toady, often seen at the Los Angeles FBI’s shooting range. (12)

U.S intelligence attempted to merge political mystery and the paranormal in popular culture. They took it up a notch after 9/11. Whipped up by patriotic fervor after the tragedy, Brandon and his associate Phil Strub from the Pentagon assisted numerous meetings between Hollywood and Washington bigwigs.

Their aim was to increase America’s standing in the world via presenting an acceptable face in the same manner they did in the Cold War. Numerous execs, producers, and directors jumped on-board. The time for kooky conspiracy/aliens stuff was over. The Middle East was the new old West. (13) 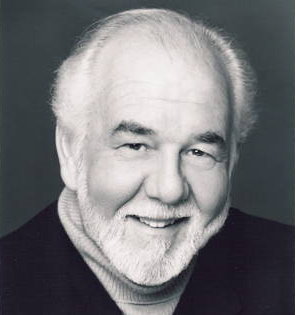 Chase Brandon retired from his PR role in 2007. Upon leaving, he essentially said he had achieved all of his goals; or had he? Brandon wrote a book, “The Cryptos Conundrum”, in which an immortal CIA medical expert and genius called Dr. Johnathan Chalmers has the inside running on an alien plot centered on Roswell. Two gunmen (yawwwwwwwn) assassinated JFK.

Now as any TSW writer knows, JFK is a serious issue unworthy of any snake oil UFO sales clerks. However, he has linked many other things, such as my favorite cryptid the Loch Ness Monster. (14) Moreover, he some good old Ancient Aliens type musings make continuous appearances in his poorly reviewed book. (15) (16)

Indeed, Brandon went on to appear on “Coast to Coast” endorsing his Roswell and JFK musings. Brandon has had a fascinating career in the CIA. His career is far more interesting than the rehashed science fiction and conspiracy gumbo he writes. Moreover, he fantasized about having someone knock Graham off in his book.

Apparently, this was not an idle threat; Alford and Graham alleged a murdered documentary maker could have been one of Brandon’s victims. The individual concerned was initially supportive of the United States’ take down of Noriega.

However, after poking around, the film maker decided on a different direction and took the CIA to task for its numerous drug connections as well as their general illegal meddling in Nicaragua and Latin America. While this may not have been enough to get said person killed (the legendary Elizabeth Montgomery did a fantastic documentary on Nicaragua), his probable choosing of Brandon as one of his subjects linked to Nicaragua sealed his fate.

The individual concerned was initially supportive of the United States take down of Noriega, in Nicaragua and sought Brandon’s support. It should come as no surprise Big Daddy Brandon embraced him.

If one wants more good articles and interviews concerning the CIA and Hollywood, Allison Hope Weiner has a great show discussing Vince Bugliosi and Tom Hanks CIA ties. (17) I also advocate one read Tricia Jenkins “CIA in Hollywood”. It certainly got better reviews than Brandon’s work. (18)