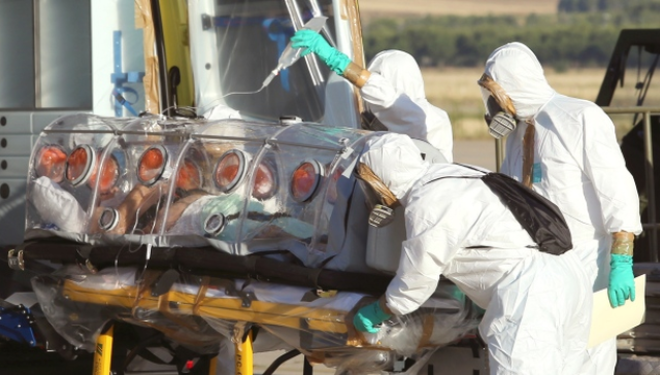 Ryan view more articles
Facebook 0 Twitter 0 Pinterest 0 Google 0 LinkedIn 0
On October 6th, President Obama made a public statement to the American people that he is confident that the U.S. Government is able to keep the U.S. safe from the Ebola epidemic. However, this was just six days after White House news correspondent Major Elliott Garrett let it slip over an open mic after a U.S. Press conference that the U.S. is “screwed” if any additional tests come back as positive.

The event happened following a White House press briefing on October 3rd, covering the Ebola Outbreak. As the briefing ended and people started leaving the room, a reporter walked up to Garrett and could be heard saying to Garrett, “The most interesting thing is if [unintelligible] messed up.” To which Garrett replied, “Yeah. We’re screwed.”

Following the comment, Garrett started joking around, telling another male press member, “I’m feeling fluish, just so you know, so I’m gonna give you a big kiss.”


What You Aren’t Being Told

Following the joke, the female reporter continued, “If this D.C. test comes back positive, I’ll be doing phoners.” (Phoners is media speak for phone-in segments rather than in-person interviews)

A few seconds later, Garrett realized that he still had his mic on. As he threw the mic back down on his seat, he could be heard complaining, “That stupid man and his stupid mic! Did you hear that everyone?”

Are We Screwed Yet?

The idea that a single positive Ebola test would mean “we’re screwed” flies in the face of the stated procedures that officials such as Secretary of HHS Sylvia Burwell described as being in place to prevent the spread of Ebola to the United States.

At the briefing, she described these procedures as including “warning” passengers to monitor their health for 21 days after returning from countries with Ebola outbreaks.

We’ve taken a number of precautions to prevent the spread. We’ve instituted exit screening procedures in West Africa to prevent those who have been exposed to Ebola or sick with Ebola from traveling. The Department of Homeland Security is in the process of advising all travelers returning to the U.S. from countries with Ebola outbreaks in West Africa to monitor their health for 21 days and to immediately seek medical help if any symptoms do develop. The Centers for Disease Control stands ready, as it has in Dallas, to deploy expert teams when needed. (1)

The “D.C. test” mentioned in the off-air mic comments referred to the patient being treated at Howard University Hospital in Washington D.C., who was showing Ebola-like symptoms after traveling back to the U.S. from West Africa. The scare (the patient was later cleared as uninfected) came only days after health officials in Dallas, Texas confirmed the first U.S. Ebola case in the U.S.

How Much is Ebola Spreading?

At the same briefing, Director of the National Institute of Infectious Diseases, Dr. Anthony Fauci, told the press some facts about the Ebola virus, including (1):

While the virus hasn’t spread in the U.S. yet, the rest of the world hasn’t been so lucky.

Over the last few days, the international media has been reporting on the case of a nurse’s assistant in Spain named Teresa Romero who had helped treat two Spanish missionaries with Ebola in West Africa. Both missionaries died after returning to Spain, and the nurse’s assistant became the first person to contract the Ebola virus outside of Africa.

She is currently in stable condition in a hospital in Madrid, but authorities hospitalized and quarantined her husband, Javier Limon, and also put down the dog owned by the couple, as an additional precaution to prevent the spread of the virus. 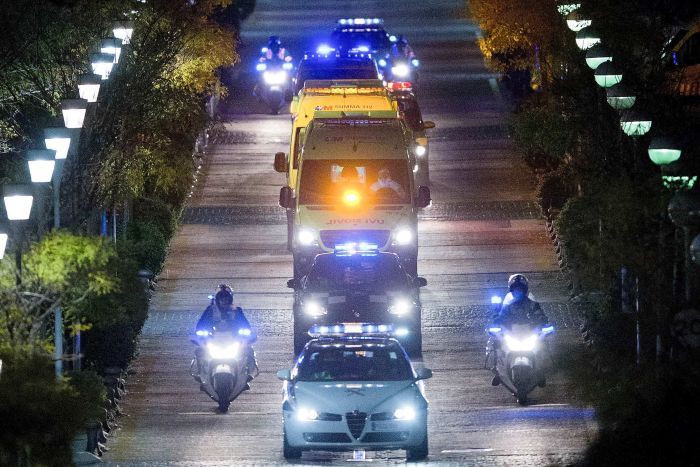 Doctors and nurses in Madrid staged a demonstration outside of the La Paz Hospital, questioning how the nurse could have contracted the illness since the virus isn’t airborne, and the hospital took all precautions to prevent contact with body fluids.

If protocols are being followed, it’s highly unlikely that an outbreak could happen in the EU. But again, zero risk doesn’t exist, particularly in a hospital, where staff deal with sick people. We need to find out as soon as possible what happened and if we need to revise procedures.

It is the risk of such mistakes that have people across the world on edge. To make matters worse, Ms. Romero took off somewhere in Spain after contracting the illness, but before showing any symptoms. Health officials are not telling the public where she went on vacation – so the risk of other infections getting reported in Spain remains high. It can take up to 21 days after infection for an individual to start having symptoms.

In fact, World Health Organization (WHO) European Director Zsuzsanna Jakab told the media that further spread of the illness throughout Europe is unavoidable.

“It is quite unavoidable … that such incidents will happen in the future because of the extensive travel both from Europe to the affected countries and the other way around. (4)

On October 7th, a Carlos III Hospital spokeswoman told the media that four additional potential Ebola cases are now being monitored. One is another nurse’s assistant on the same team as the first, the husband, an unrelated man who traveled overseas, and a nurse brought in as a precaution after she started experiencing some symptoms.

One of the fears, of course, is that mistakes aren’t happening, but instead the virus is mutating to become airborne – a concern when such a high number of cases throughout a population occurs.

Scientists around the world are trying to quell fears of such a nightmare scenario. For example, CDC Director Tom Frieden told reporters on October 7th that while such a scenario is possible, it isn’t likely.

The rate of change [with Ebola] is slower than most viruses, and most viruses don’t change how they spread…That is not to say it’s impossible that it could change [to become airborne],” he continued. “That would be the worst-case scenario. We would know that by looking at … what is happening in Africa. That is why we have scientists from the CDC on the ground tracking that. (5)

Other scientists are not painting such a rosy picture. For example, Anthony Banbury, the Secretary General’s Special Representative at the UN – the chief of the UN’s Ebola mission – warned that the longer it takes the bring the epidemic under control, the more likely such a scenario could be possible.

The longer it moves around in human hosts in the virulent melting pot that is West Africa, the more chances increase that it could mutate. It is a nightmare scenario [that it could become airborne], and unlikely, but it can’t be ruled out. (6)

Other viruses passed by bodily fluids, such as HIV and Hepatitis, never mutated into an airborne virus. So, for now, borrowing from the insightful words of Major Elliott Garrett, the human race is not screwed just yet.